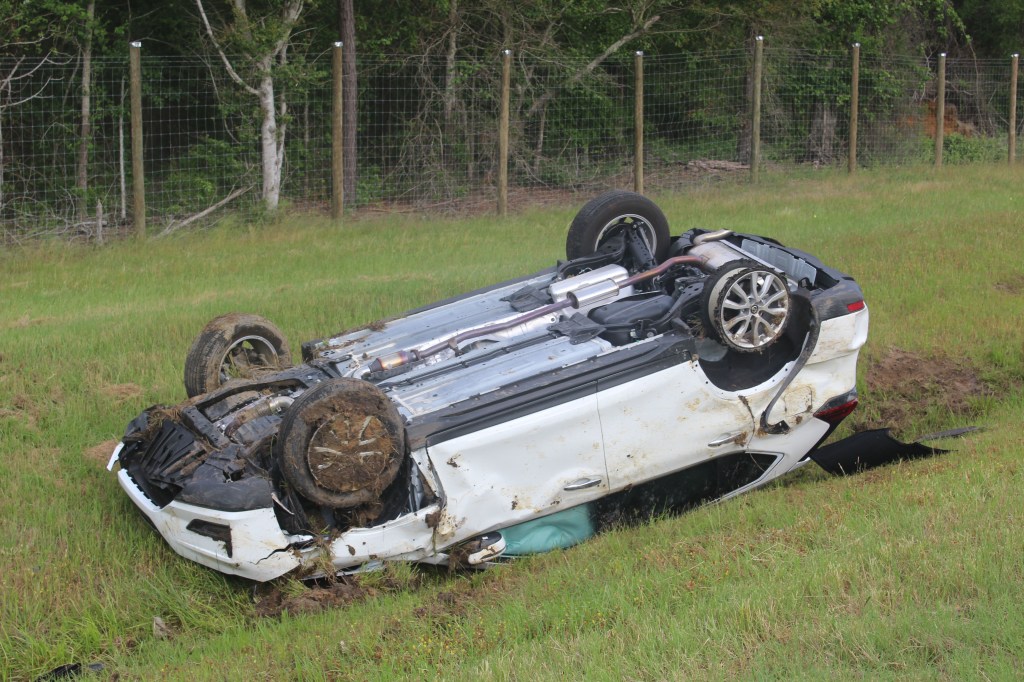 A chase this morning on i-75 ended with an overturned vehicle and a Doraville man wearing a hospital gown in custody near mile marker 94 in Crisp County.

A Doraville man is in custody after leading law enforcement officers on a high-speed chase on I-75. The chase began in Dooly County shortly after 8 a.m. and ended in Crisp County after a state trooper performed a pursuit intervention technique (PIT) maneuver around mile marker 94 southbound.

Danny Holcomb, age 43, was driving a rented white nissan rogue and wearing a hospital gown when officers took him into custody. Georgia State Patrol Sergeant Jon Posey, who performed the PIT maneuver that stopped Holcomb, said Holcomb told him he had left a hospital in Alabama and got lost.

Posey said Holcomb told him he was being treated for injuries sustained in a car crash in Alabama, left the hospital and rented a car, and was trying to return to Doraville when he got lost. Posey said he has not yet been able to verify Holcomb’s story.

When Dooly County Sheriff’s Deputies first came into contact with Holcomb, he was exceeding 90 mph and running on a flat rear tire. DCSO units were unable to stop Holcomb before he passed into Crisp County. That’s where GSP and Crisp County Sheriff’s Office units picked up the chase, which ended with Holcomb overturning his car after Posey performed the PIT maneuver.

Posey said Holcomb faces a charge of fleeing and may face other charges, including a variety of traffic citations, in Crisp County. The Dispatch has not yet reached the Dooly County Sheriff’s Office to learn the charges he faces there.

This is a developing story. More information will be provided as it is released, or you can read the full story in Saturday’s print edition of the Dispatch.