Pedestrian seriously hurt in I-75 wreck 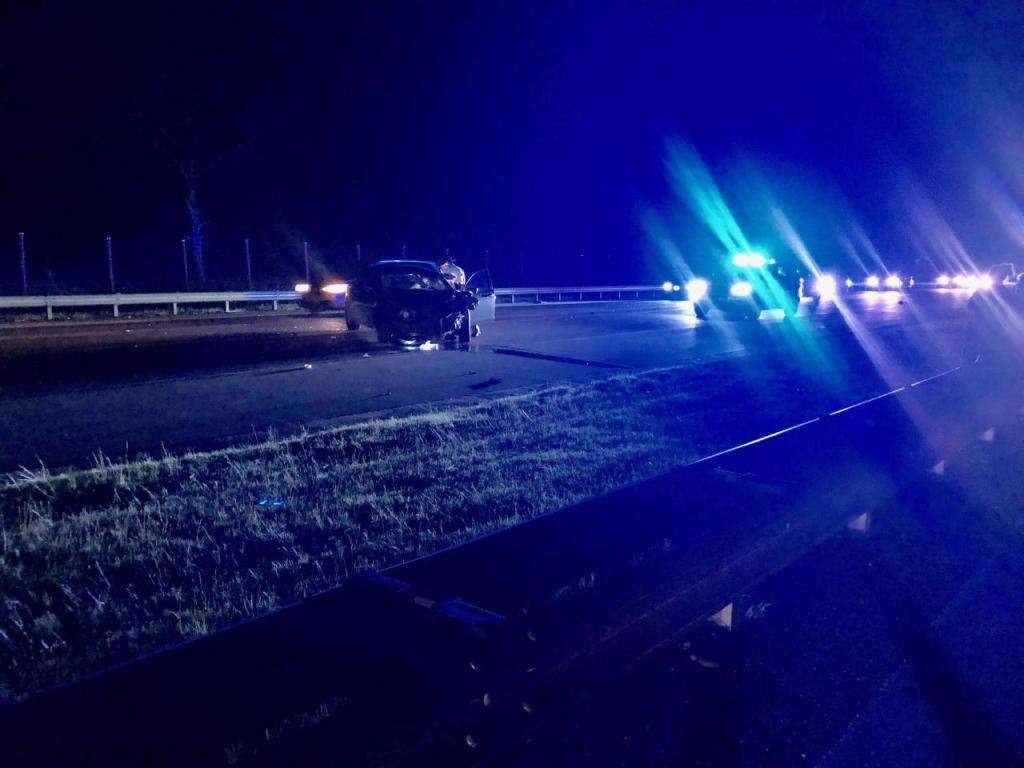 Law enforcement officers work the scene of an accident that started as a two-car wreck with no injuries. One of the drivers, Howard Sterling of Union City, exited his vehicle and was struck by a third vehicle attempting to pass through the wreckage. Sterling was treated first at Crisp Regional Hospital and then helicoptered to Navicent Medical Center in Macon.

A 35-year-old Union City man was seriously injured on I-75 after a two-vehicle wreck near mile marker 95 northbound at approximately 9:30 Thursday night.

The man, named Howard Sterling, exited his Honda Accord after rear-ending a dump truck registered by a Macon company and was then struck on the head by a different vehicle’s side-view mirror as it swerved to avoid the wreckage, according to a Georgia State Patrol report. Sterling was transported to Crisp Regional Hospital, where emergency personnel stabilized him so that he could be transported by helicopter to Navicent Health Center in Macon, where he is still being treated as of press time.

The driver, a Florida resident, of the vehicle that struck Sterling is not charged with any wrongdoing. The driver of the dump truck likewise is not charged.

This is a breaking news story. This post will provide updates as new information comes in, or you can read all about it in Saturday’s print edition of the Dispatch.