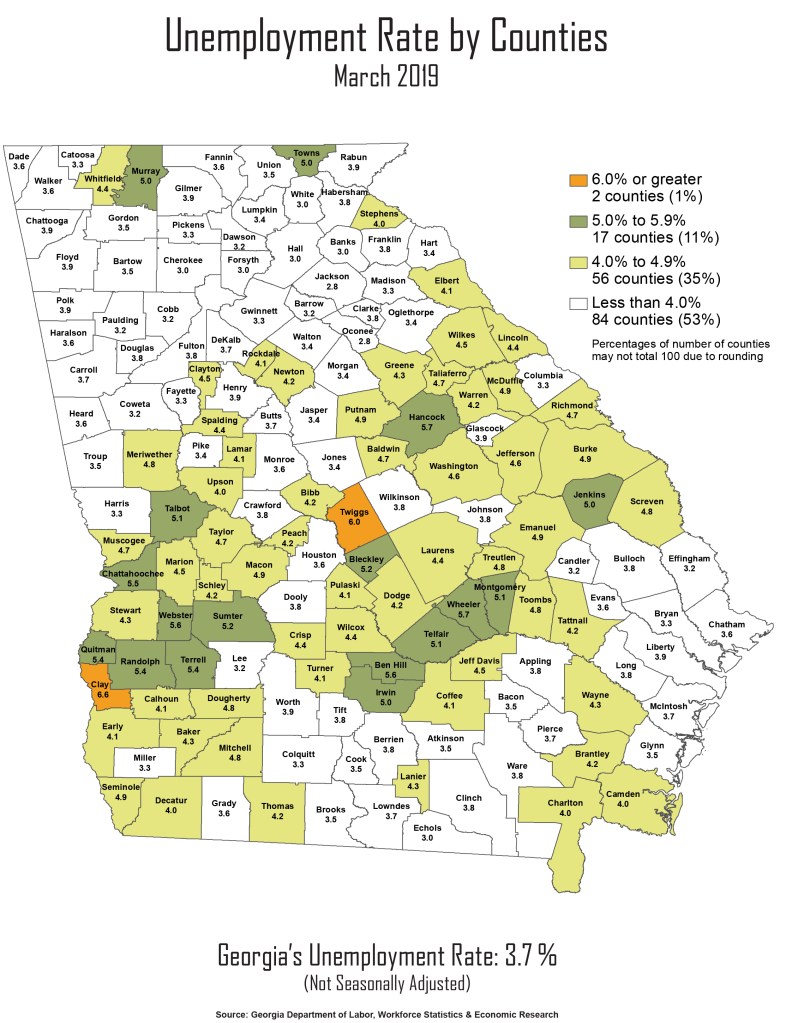 Revised unemployment figures for the month of March were released Friday by the Georgia Department of Labor, and jobless numbers for Crisp, Dooly, and Wilcox counties continue to decline, albeit by fractions of a percentage point.

Dooly County showed the most improvement, with the county’s unemployment rate dropping from 4.2 percent in February to 3.8 percent in March.

The statewide unemployment rate for March 2019 sits at 3.7 percent.

The River Valley region, which includes Crisp and Dooly counties, saw its unemployment rate fall as it added to its workforce in March.

“We are moving into the Spring with a strong jobs report,” Butler said. “The national economy is booming. Georgia is also producing strong numbers consistently across the state.”

River Valley ended March with 141,212 employed residents.  The number increased by 127 in March but went down by 812 as compared to last March.