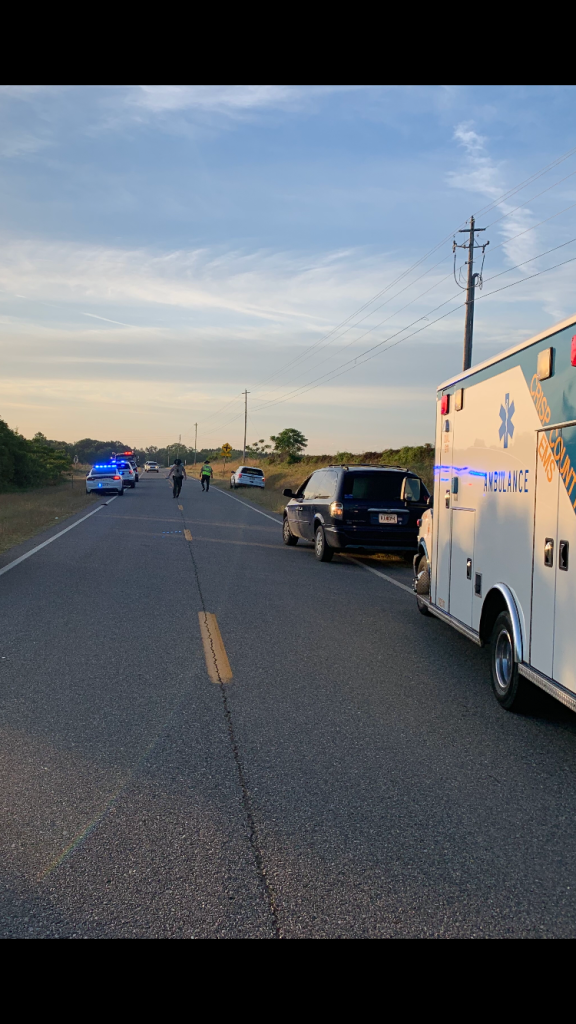 Deputies work the scene of an incident shortly after 7 a.m. that left a pedestrian, 46-year-old Greg Andrews, dead after he was struck by a pickup truck while walking on Hwy. 90 just south of Brock Road

Greg Andrews, a 46-year-old Cordele man, died from injuries sustained when a pickup truck struck him as he was walking on Ga. Hwy. 90 just south of the intersection of Brock Road shortly after 7 a.m. Monday.

According to a press release from Sheriff Billy Hancock, Andrews was walking in the northbound lane of Hwy. 90 and was struck by a red Toyota Tacoma that was also traveling northbound. E-911 had received calls about a pedestrian walking in traffic at approximately 7 a.m. and had dispatched a Crisp County Sheriff’s deputy to conduct a welfare check on the pedestrian.

The release reads, “Just minutes after the initial dispatch the call was upgraded to a vehicle versus pedestrian accident. Crisp County EMS and Crisp County Fire Rescue were also dispatched…

“The pedestrian [Andrews] suffered multiple traumatic injuries and succumbed to those injuries on the scene. The driver of the vehicle was uninjured.”

This is a developing story. More information will be posted as it becomes available, or you can read all about it in Wednesday’s print edition of the Dispatch.