Trafficking charges for Cairo man found with 2 kilos of meth 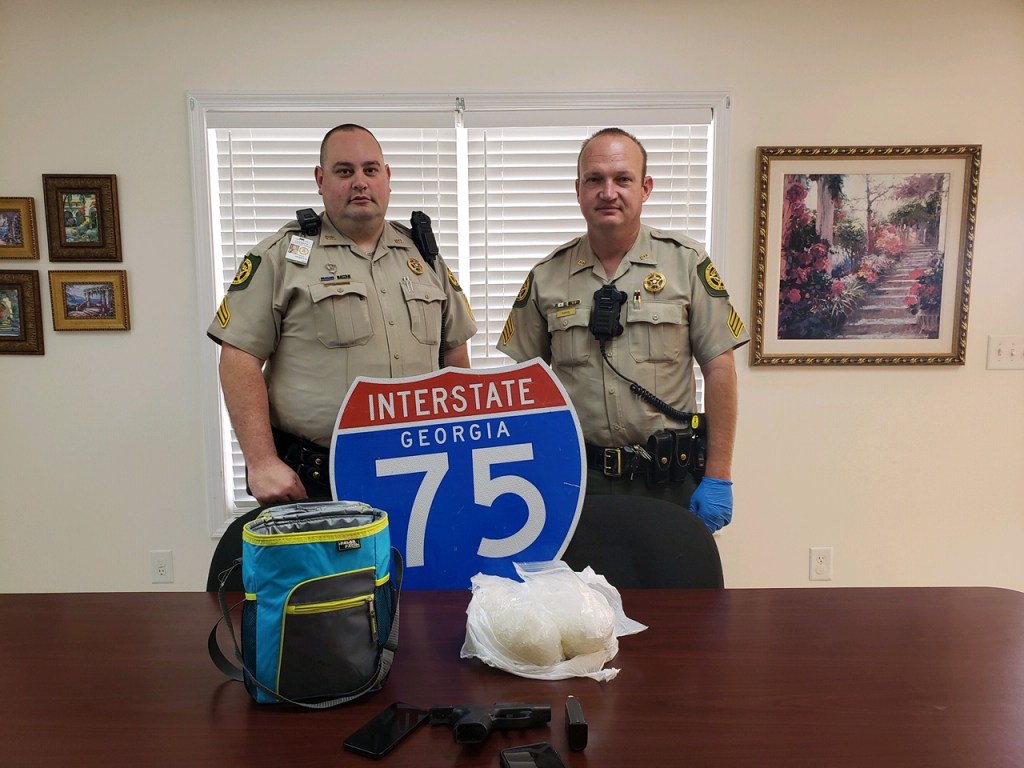 Crisp County Sheriff's Office Deputies Kris Herrick (left) and Kenny Purvis confiscated two kilograms of suspected crystal methamphetamine when they pulled over a driver Sunday morning on I-75. The duo arrested 30-year-old Cairo resident Xavier Jordan for trafficking, possession of a firearm by a convicted felon, and possession of a firearm during the commission of a crime.

Two Crisp County deputies arrested a Cairo man at around 10:20 Sunday morning when a search of his car turned up two kilograms of crystal methamphetamine and a gun.

According to a press release from the Crisp County Sheriff’s Office, “Sergeant Kenny Purvis initiated a traffic stop on a white Toyota Camry traveling southbound on GA401/I75 around milepost 104 for impeding the free flow of traffic. Due to the suspicious behaviors of the driver, the deputy requested to search the vehicle. Jordan agreed to give consent to search. A search of the vehicle resulted in the discovery of a large bag of suspected methamphetamine inside a soft sided cooler and a firearm. Consequently, Jordan was placed under arrest and transported to the Crisp County Detention Center.”