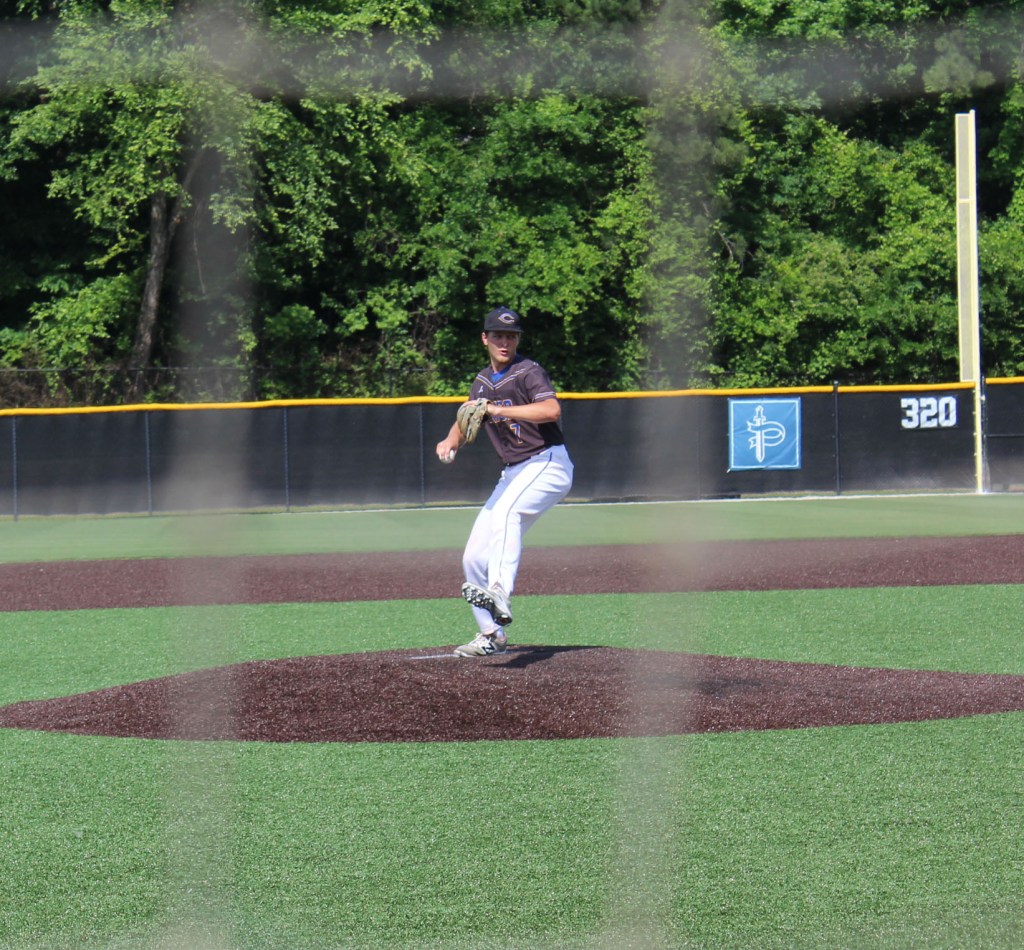 Crisp County's Noah Walters prepares to fire a pitch during game one of Wednesday's playoff series at Pace Academy.

The Crisp County High School baseball team’s 2019 season came to an end on Wednesday night in Mableton, as the Cougars fell to the Pace Academy Knights (23-6 overall record) in the third round of the GHSA class AAA state playoffs.

The Knights held off a Cougar comeback attempt in game one of the series, as the host team won by a score of 5-4. Pace then defeated CCHS by a final score of 14-0 in the second contest to advance to the state semifinals.

The Cougars fell behind 2-0 in the first game of the series after the Knights used three hits to plate a pair of runs in the bottom of the first inning.

Jackson Napier led off the top of the fourth with a base hit for the Cougars, and he later scored the first Crisp County run of the game after stealing third base and subsequently scoring on a throwing error.

Noah Walters later kept the offense going for Crisp in the fourth inning with a one-out base hit into centerfield, and Jack Carter drew a walk shortly after to give the Cougars two runners on base. The two then pulled off a perfectly executed double steal that saw Carter swipe second base as Walters slid into home plate ahead of a tag for the second Cougar run of the day.

Tanner Massey kept the line moving by reaching base with two outs in the frame after being hit by a pitch, and Dallas Pheil then drove in the third run of the inning with an RBI single that scored Carter. The Cougars trailed 4-3 entering the bottom of the fourth.

The Knights responded by picking up their final run of game one in the bottom half of the fourth inning to take a 5-3 lead.

Crisp fought back to within a run of the Pace Academy lead during the top of the sixth inning after Connor Richmond hit a two-out double and then made his way home on an RBI double from Massey, but the Knights held onto the one-run lead from there to take the win in game one.

Walters pitched five and two-thirds innings for Crisp in the contest and allowed five runs on nine hits and two walks while recording six strikeouts. Jordan Grinnell took the mound in relief of Walters during the sixth inning and recorded one out.

In the Crisp County batting lineup, Massey and Pheil each finished the game with one hit and one RBI. Walters, Napier, and Richmond all had one hit and one run scored apiece, while Bailey Barfield also recorded a base hit. Walters and Napier both had two stolen bases in the game.

In the second game of the series, Pace Academy led 1-0 after two innings of play, and the hosts piled on 11 runs to their lead in the top of the third to take control of the contest before tacking on their final two scores in the fifth frame for the 14-0 final.

Pheil recorded the only Cougar hit of the contest on a one-out single during the bottom of the third inning.

Richmond, Grinnell, and Brant Drinnon each put in time on the mound for the Cougars in game two.

Crisp County Head Baseball Coach David Lamberth had high praises for the work the players put in over the course of this season, and especially their efforts over the last several weeks.

“I’m tremendously proud of this group of young men. We put a lot of pressure on them to change the mindset of the program and they overcame huge obstacles to finish as strong as they did,” said Lamberth. “They trusted the process and came together as a team in the end of the season to prove a lot of people wrong.”

The Cougars finished the 2019 season with an overall record of 17-18, including a 4-3 record during the state playoffs against some very tough competition.

“Our goal was to bring a winning tradition and respect back to the baseball program, and they succeeded more than we could’ve ever imagined. The graduating seniors have set the bar high for the underclassman and will be missed, and I thank them for their contributions to this program for the last seven or eight years,” Lamberth added.

“I’m also proud of the coaching staff for working tirelessly and putting so much effort into molding our boys into quality young men. Crisp County Baseball is back on the map,” he concluded. 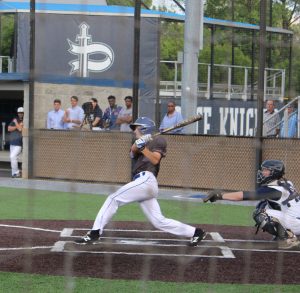 Crisp County’s Connor Richmond up to bat during one of the Cougar playoff games against Pace Academy on Wednesday.