Cougars knock off Manchester and Cook in spring football scrimmage 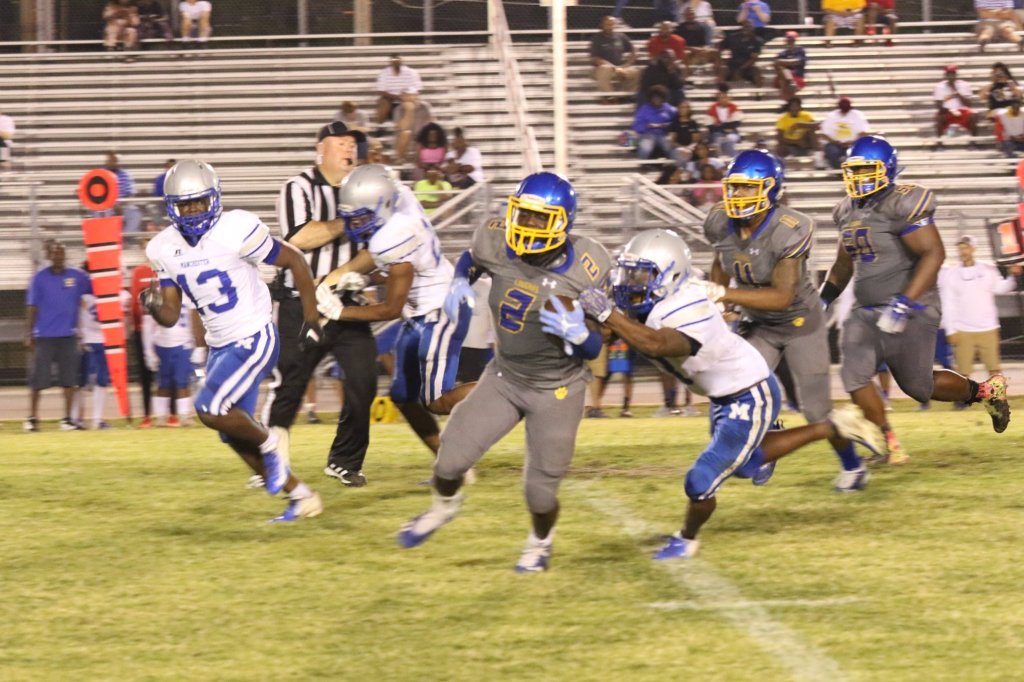 CORDELE— The Crisp County High School football team capped off their spring practice schedule by hosting Manchester and Cook for a jamboree format scrimmage on Friday night, in which each team played half of a game against the other two opponents.

The two visiting teams squared off in the first matchup of the night, and the Cook Hornets knocked off the Manchester Blue Devils by a score of 14-7 in the opener.

Following the first game, the Cougars defeated the Blue Devils by a score of 21-7 behind a pair of rushing touchdowns from AJ Lofton, and a passing score from Jack Carter to Jynick Mainor.

After the completion of the game against Manchester, Crisp then defeated the Cook Hornets 21-0 to finish out the three-team scrimmage. Carter connected with Marquise Palmer and Sirad Bryant for scores in the second contest, while the other Cougar touchdown came on a pass from Cortez Thomas to Mainor.

Jayren Fox and Javan Hardemon were just two of the various Crisp County players on the defensive side of the ball that made their presence known and helped the Cougars hold their opponents for the night to a combined seven points over the two halves of play.

“There were a lot of mistakes, but the goal for tonight’s scrimmage was to run around, hit, and play fast, and I think we did all of those things,” said Crisp County Head Coach Brad Harber following the conclusion of the games. “We’ve got a lot of work to do to be a great team but I do think we have a special bunch. We’re going to work all summer long to make next season memorable.”

The Cougars will enter the 2019 season looking for their fourth consecutive region 1-AAA title. The first contest on the schedule for Crisp will be a game at rival Americus-Sumter on Friday, August 23.