On Monday night, the Crisp County High School soccer teams held their annual postseason banquet to celebrate the teams’ successes during the 2019 season.

Crisp County soccer’s all-region selections for the 2019 season were announced on the night, and the CCHS teams dominated the 1-AAA awards list.

The Lady Cougars, who won their second consecutive region title after going unbeaten in league play this season, had 11 players picked for the all-region teams.

11 players from the CCHS boys’ team were also picked for 1-AAA awards for their performances throughout this season, which helped the Cougars win a region title. 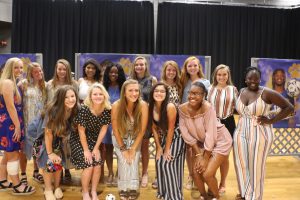 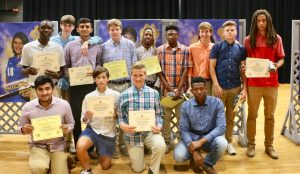 Pictured in the top photo is the Crisp County High School Lady Cougar soccer team at Monday night’s banquet. In the bottom photo is the CCHS boys’ team at the soccer banquet. (Submitted photos)