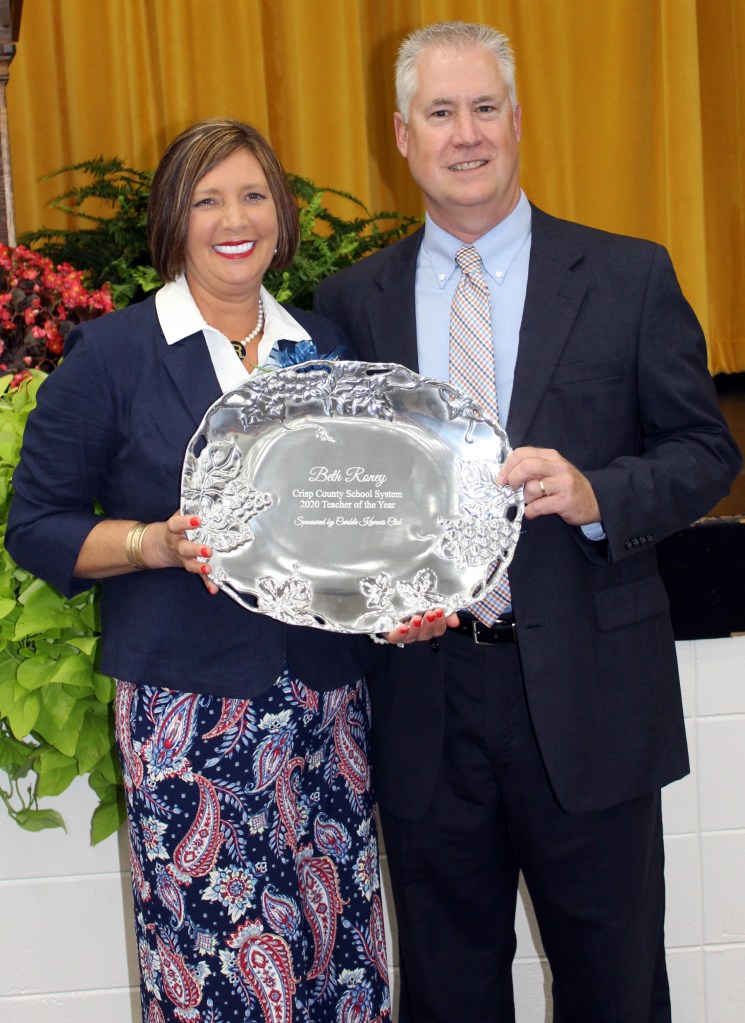 Beth Roney, the teacher of the year for Crisp County Elementary School, was named the district teacher of the year at an awards ceremony on Thursday. In this photo she stands with Crisp County School Superintendent David Mims, who retires this year and was also honored at Thursday's ceremony. Check back later today for more news and photos from Thursday's awards ceremony or read all about it in Saturday's print edition of the Dispatch.

Crisp County Elementary School’s Beth Roney was named the school district’s teacher of the year for the 2018-19 school year at an awards ceremony Thursday morning. Roney was the district’s top choice among candidates from the primary, elementary, middle, and high schools.

More photos from Thursday’s event will be posted later today along with names and biographical information about each school’s teacher of the year and retirees, and you can read all about it in Saturday’s print edition of the Dispatch.