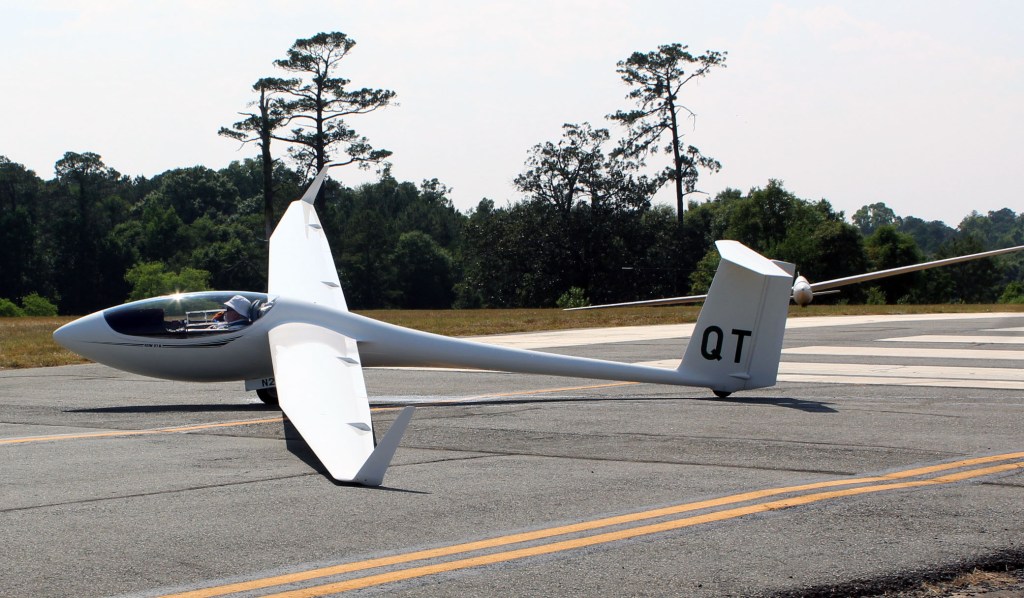 A glider pilot rests on the landing strip after completing Tuesday's task in the Soaring Society of America's annual 'Fly Cordele' event. (Photo by Valorie Bundrick)

The Crisp County – Cordele Airport is currently hosting nearly 40 sailplane pilots as they put their gliders through the paces of the 2019 Region 5 South Soaring Contest. Glider pilots began making their way into Cordele last week, but the contest officially began on Monday and runs through Saturday.

Participants in three separate divisions must follow a pre-determined route each day that begins and ends at the airport. Traditional propeller-driven planes tow the gliders into the air above the airport at around noon, depending upon the weather, and return later in the afternoon. The local airport has been the site of the sailplane event for roughly 50 years. 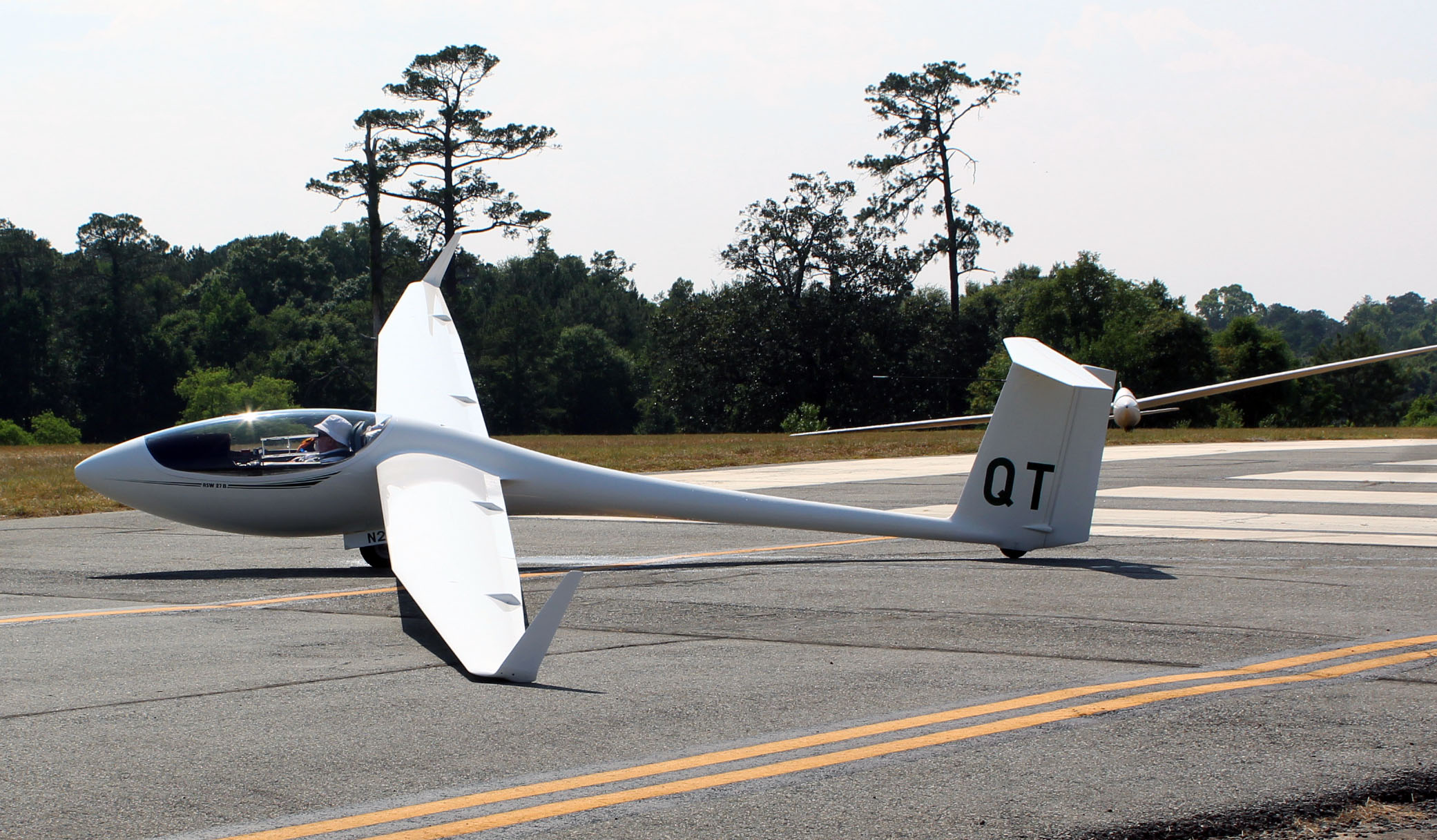 A glider pilot rests on the landing strip after completing Tuesday’s task in the Soaring Society of America’s annual ‘Fly Cordele’ event. (Photo by Valorie Bundrick) 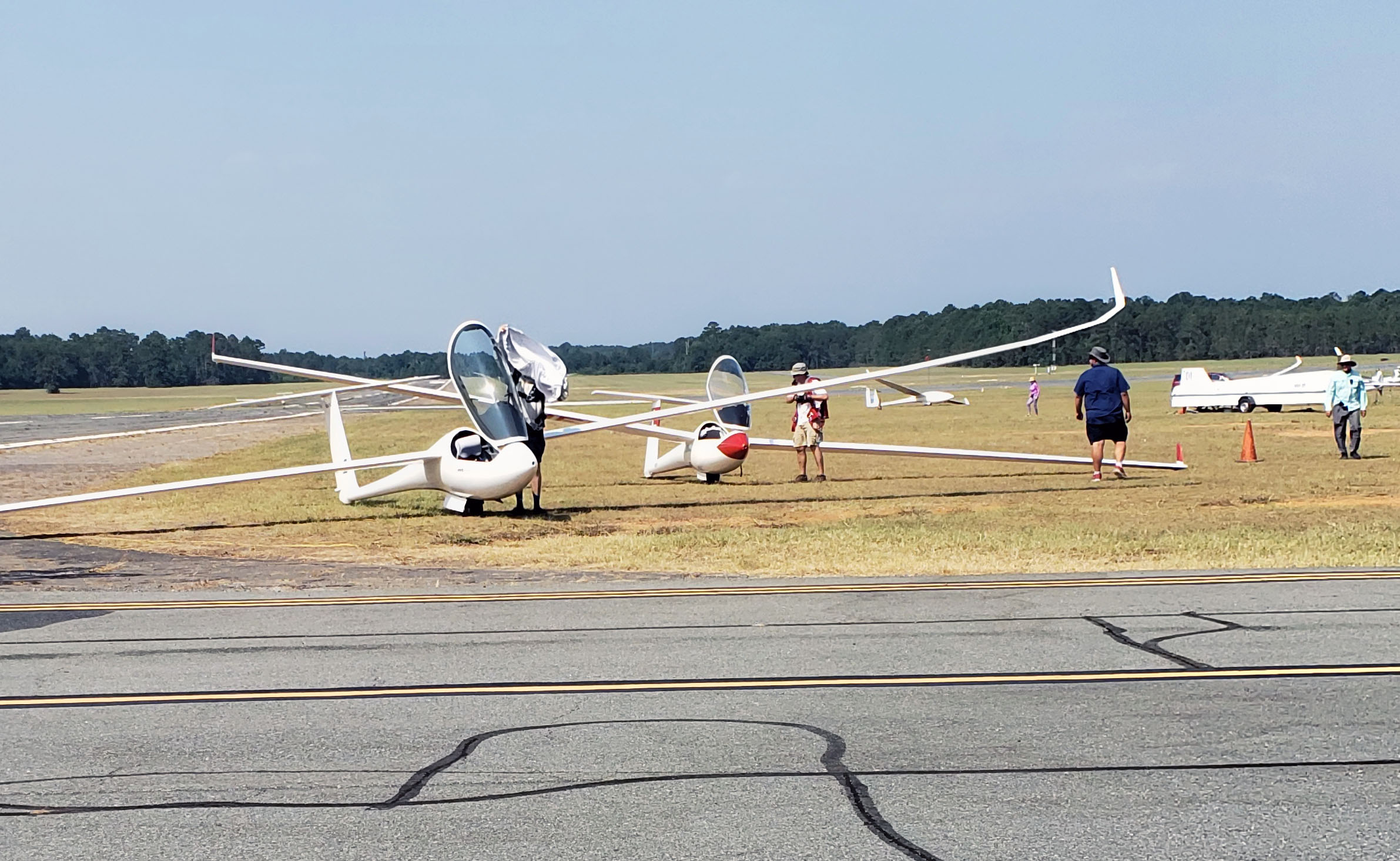 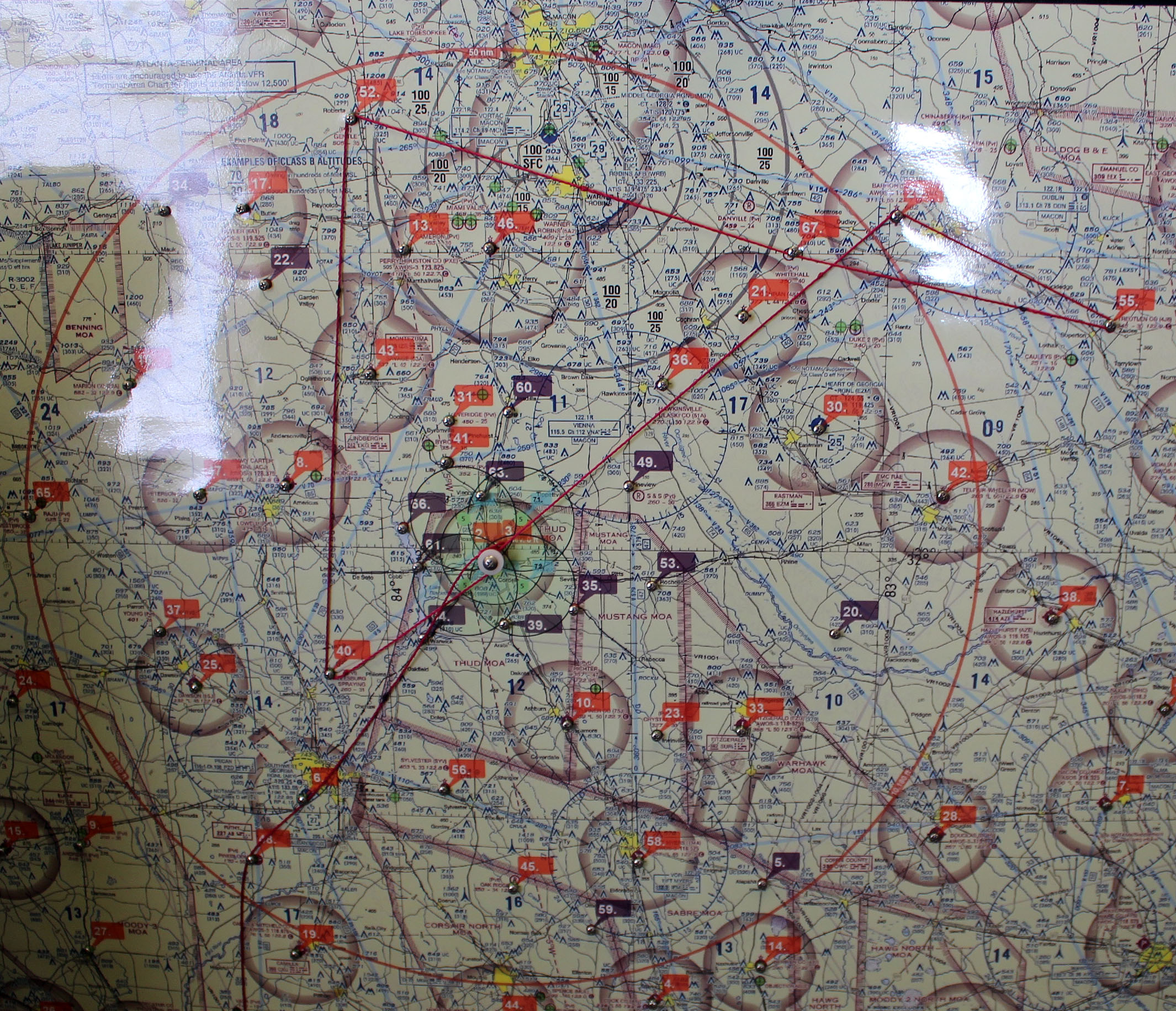 This map shows the racing route for Tuesday’s leg of the ‘Fly Cordele’ racing contest. Contestants follow the route marked by the red string, judging rising currents and prevailing winds to post the fastest time. (Photo by Chris Lewis)