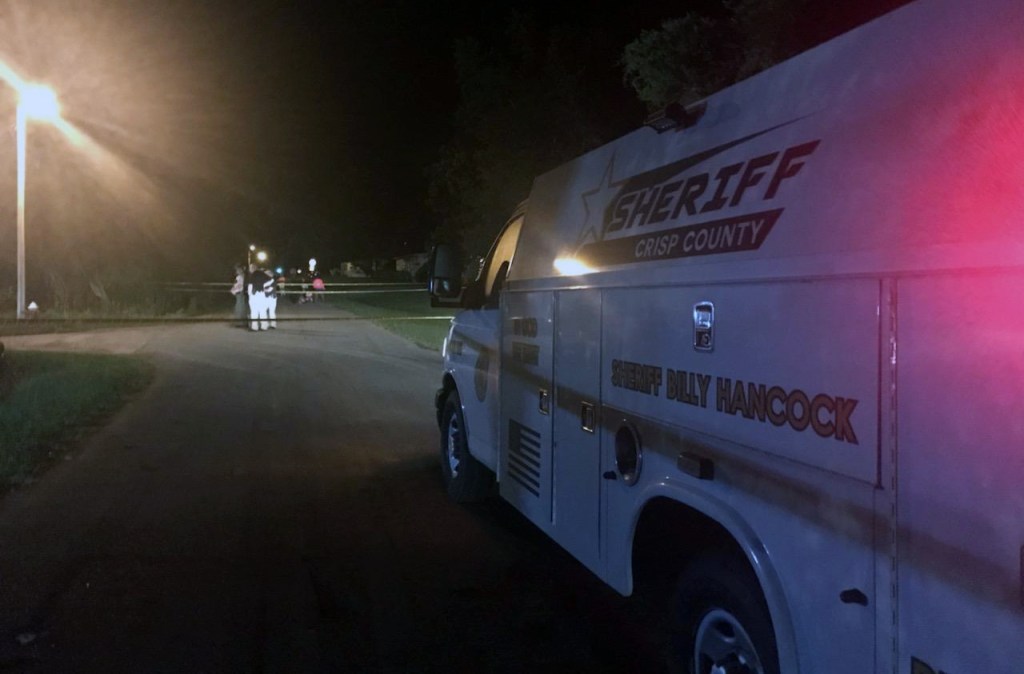 A Crisp County Sheriff's Office crime scene van's headlights shine on law enforcement personnel working the scene of the Sunday night shooting death of Kenneth Armstrong at the 2200 block of Roosevelt Street. Michael Savage, a 26-year-old Cordele man who was recently released from prison, is wanted for murder in connection with Armstrong's death.

Authorities in Crisp County are searching for 26-year-old Michael Savage in connection with the Sunday night shooting of 38-year-old Kenneth Armstrong. Both men are from Cordele.

According to Crisp County Sheriff Billy Hancock, a 911 caller reported shots fired at around 10:30 p.m. Sunday night in the 2200 block of Roosevelt Street. Hancock said Savage is known to frequent the area. The first deputy on the scene found Armstrong seated in a vehicle suffering from apparent gunshot wounds. He was transported to Crisp Regional Hospital, and Armstrong succumbed to his injuries some time around midnight.

Hancock said investigators believe the two men were acquainted, although it is too early to establish a motive for the killing.

“We are working this case diligently, and we are working it hard,” Hancock said. “We hope Savage will turn himself in or be brought to justice some time today.”

Hancock said Savage is to be considered armed and dangerous. He has called in the Georgia Bureau of Investigation, the Georgia Department of Community Supervision, the Middle Georgia Fugitive Task Force, along with other agencies, to assist in the investigation and manhunt.

According to information on the Georgia Department of Correction’s website, Savage was released on Feb. 9 of this year from Telfair State Prison, where he served a five-year sentence for aggravated assault and firearms violations.

Anyone with information on Savage’s whereabouts is urged to call the Crisp County Sheriff’s Office at 229-276-2600 or 911.