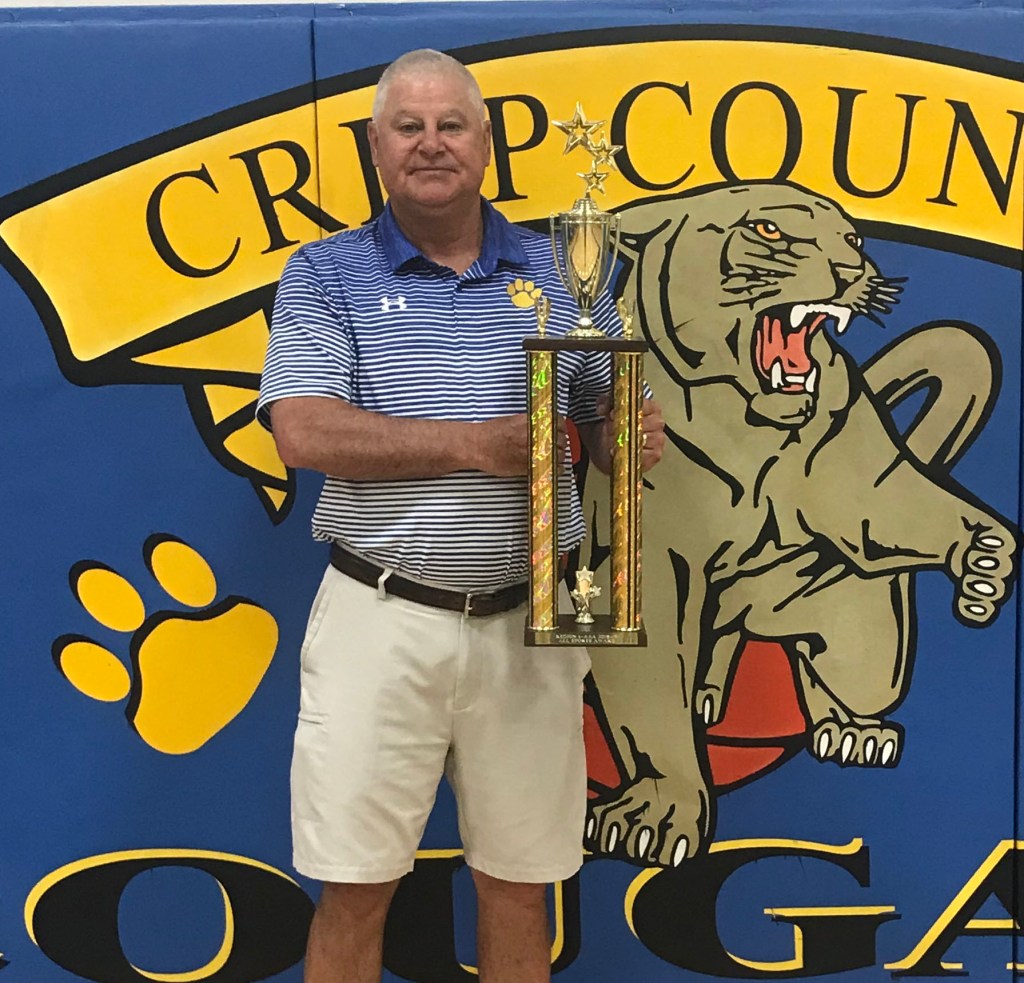 The 2018-2019 athletic year for Crisp County High School was one filled with region titles and playoff runs, and all of the achievements the Cougar sports teams racked up this season led to CCHS capping off the school year by bringing home the GHSA region 1-AAA all-sports trophy.

All 2018-2019 Cougar sports teams contributed to the award, and each teams’ final results from the athletic year are as follows:

• Basketball- boys’ team won region 1-AAA title and made it to second round of state, girls were fourth place in region

• Baseball- third place in region, made it to elite eight in state playoffs

• Tennis- boys’ team won region and girls were region runners-up, both teams made it to second round of state