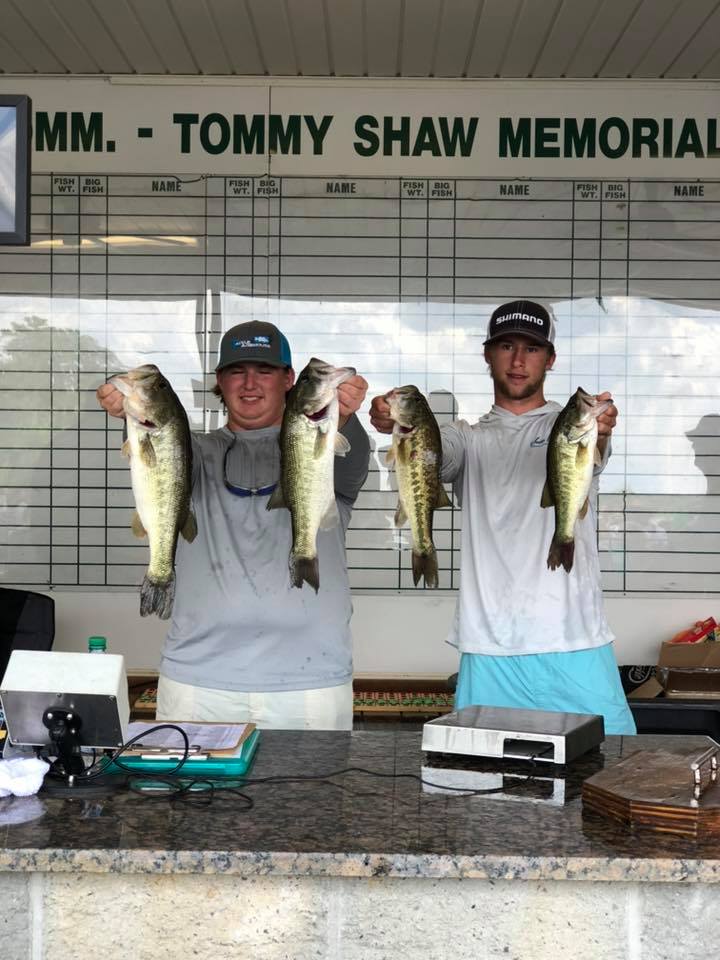 Crisp Academy fishing duo Baylor Pless (on the right) and Flint Murray (left) competed at the Georgia Bass Nation High School Fishing Classic at Clarks Hill Lake near Augusta over the weekend and the two brought home a state title in the GISA Interscholastic Tournament, which was held as an individual part of the event.

Pless and Murray finished ranked number nine at the conclusion of the overall event out of more than 100 total teams involved by putting up a net score of 23.4, which was determined by the combined weight of the fish they caught over the course of the two-day event. The pair placed above all of the other GISA teams that were involved, resulting in the state title finish. The two CA anglers were coached this season by their fathers, Kyle Pless and Jim Murray. 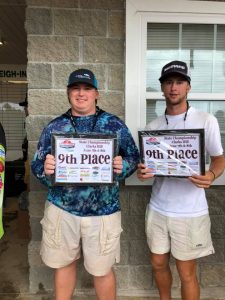