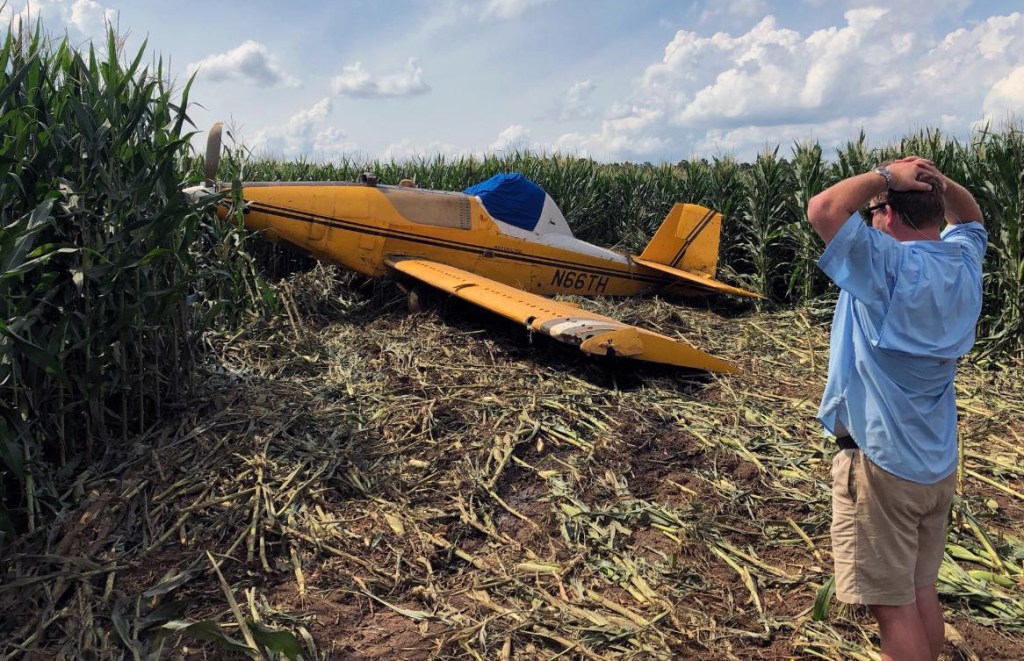 Sam Farrow III clasps his hands on his head as he checks out the damage to his crop duster, which he was forced to crash land Wednesday when the engine failed over the cornfield he was spraying. The 15-year crop dusting veteran walked away from the incident with just a few scratches. (Photo courtesy Coney Ag Services)

A Crisp County crop duster pilot walked away with only minor scrapes and scratches after his plane lost power and he was forced to crash land in the Mitchell County cornfield he was spraying on Wednesday.

In fact, Sam Farrow III was up in the air first thing Thursday morning dusting crops for another Coney Ag Services customer, according to his father, Sam Farrow Jr., adding that the younger Farrow had not even sought medical attention.

“We need both planes in the air, because it’s a critical time of the growing season,” the elder Farrow said. “We do appreciate all the people who have called and have prayed for Sam.”

He also said that he was grateful his son was safe.

The younger Farrow, who has been flying crop dusters for roughly 15 years, was approximately 200 feet above ground and in the midst of a turn when the engine went out, his father said.