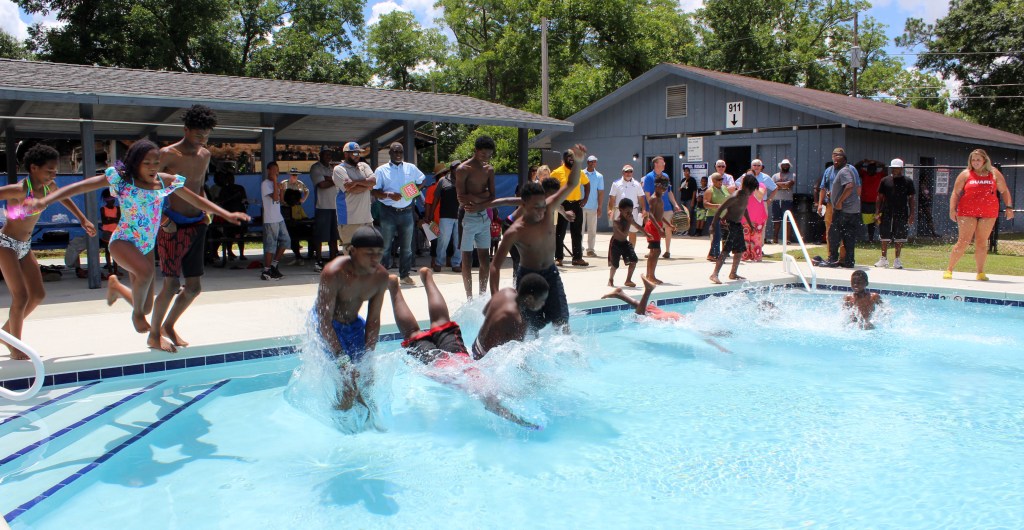 Kids take the first official dip in the water at Pickens Pool on Monday. A ribbon cutting was held beforehand recognizing not only the work that went into rebuilding the recreational facility but also the legacy of Willie Pickens, after whom the pool is named. Admission is free for today only.

Local officials cut the ribbon and officially opened the newly-rebuilt Pickens Pool at 515 West 20th Ave. Admission for today only is free thanks to Crisp County Commissioners Larry Felton and James Nance, who pledged to reimburse the Crisp County Recreation Department so that local children could enjoy the opening day of the facility at no cost.

Read more about the Pickens Pool project and Monday’s ribbon cutting in Wednesday’s print edition of the Dispatch.