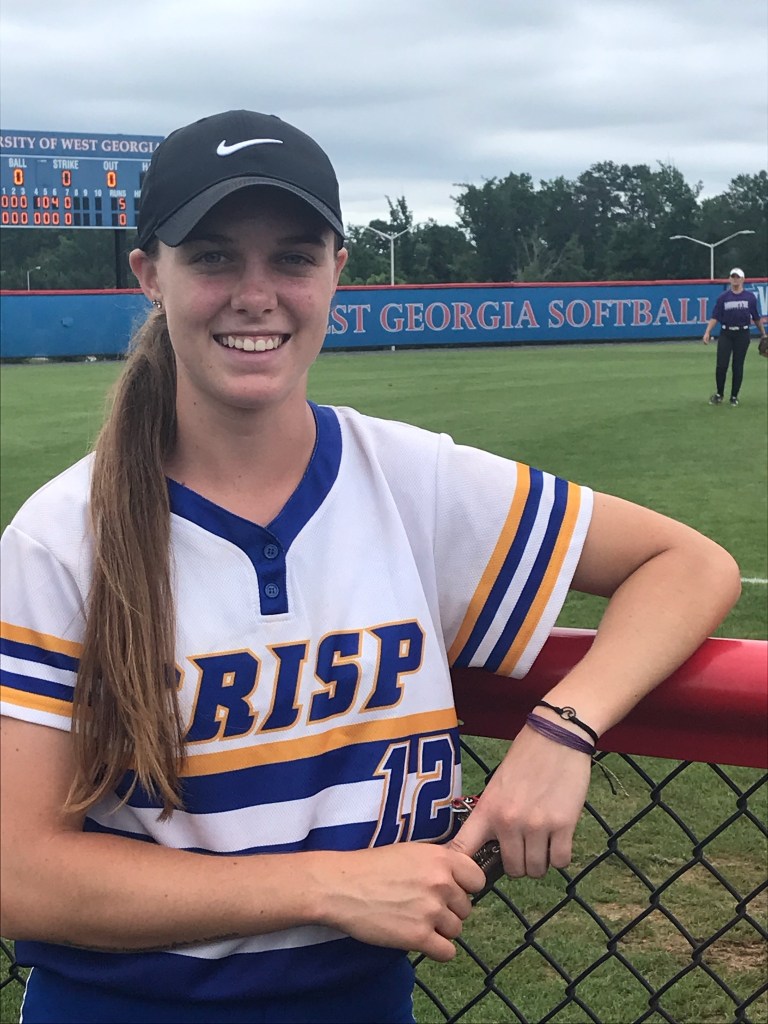 Crisp County High School senior softball player Riley Blampied is pictured at the Georgia Athletic Coaches Association 2018-2019 All-Star Classic that took place at the University of West Georgia on June 12th. She played among some of the best players in Georgia at the event. (Submitted photo)

Crisp County High School senior softball player Riley Blampied added another pair of accolades to her list of athletic accomplishments over the past couple of weeks.

The University of Alabama commit played in the Georgia Athletic Coaches Association 2018-2019 North-South All-Star Classic at the University of West Georgia in Carrollton on June 12th for the South team. She was selected for the all-star games, which featured many of the top softball players in the state of Georgia from the classes of 2019 and 2020, following her efforts from the 2018 season that helped the CCHS Lady Cougars win the GHSA region 1-AAA title and advance to the second round of the state playoffs.

Additionally, as one of the top high school players in the nation, Riley was recently named to the USA Today’s All-USA High School Softball second team.

The CCHS softball team has been working hard throughout their summer schedule in preparation for the upcoming season with scrimmages and workouts over the past few weeks.

The Lady Cougars will begin the 2019 regular season with a home game against Bainbridge High School on August 5, and they will be looking to build off of the success from last season’s region title run.