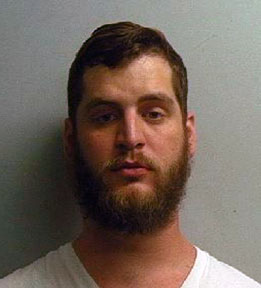 On Sunday morning, June 23, 2019 at approximately 9:30am, a deputy with the Dooly County Sheriff’s Office S.T.E.P. Unit was monitoring traffic on I-75 Southbound in the area of the 118 to 119 mile post when he observed a motorcycle southbound at a high rate of speed.  The deputy began to pursue the motorcycle in efforts to conduct a traffic stop and requested that a second unit attempt to obtain a speed on the motorcycle as well.  The second deputy was able to check the motorcycle at 115 miles per hour.

The Georgia State Patrol was able to re-locate the motorcycle and the pursuit continued through Turner County and into Tift County where the pursuit was terminated with the arrest of the motorcycle operator.  During the time speeds reached between 150 to 160 miles per hour.

The motorcyclist was identified as Alex Micah O’Reilly, age 29, of Villa Rica, Ga.  Charges are being made in Dooly and Crisp counties.