One injured, portion of 300 closed after semi wreck 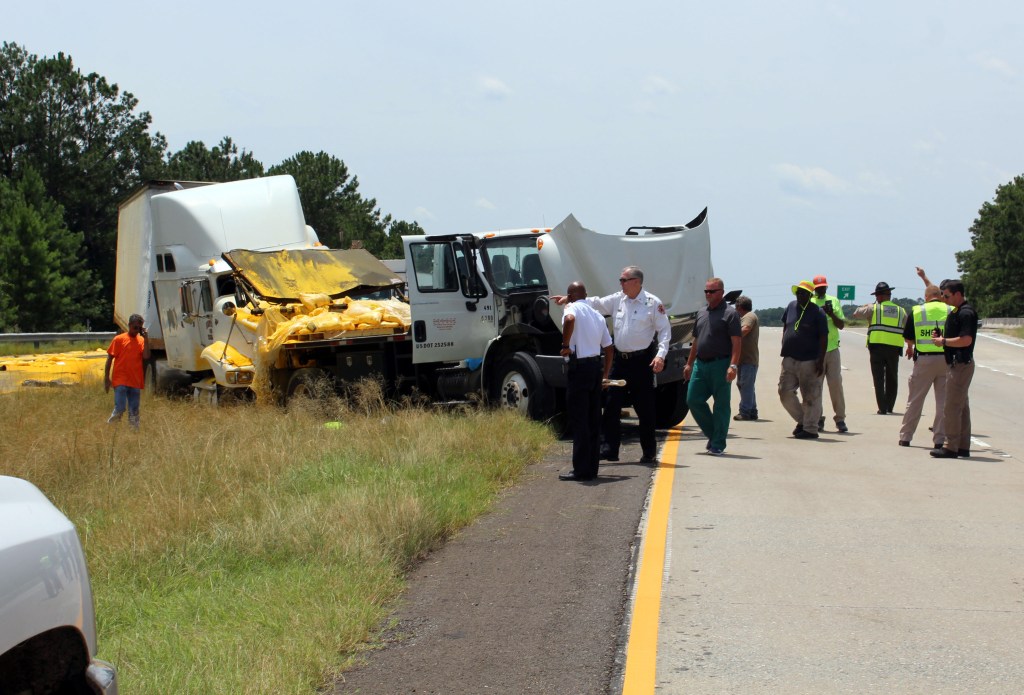 First responders work the scene of an accident involving two large trucks on Hwy. 300 near the U.S. 41 overpass. At least one person was transported by EMS to Crisp Regional Hospital.

At least one person is injured and a portion of Hwy. 300 northbound is temporarily closed after a semi apparently rear-ended another near the U.S. 41 overpass shortly after 2 p.m. Wednesday.

Little is known at this time about the incident, but travelers should expect delays as first responders and other personnel work to clear the scene. Drivers should avoid the stretch of Hwy. 300 between Old Hatley Road and Rehab Road for the immediate future.

This is a developing story. Check back for more details as they become available, or read all about it in Saturday’s print edition of the Dispatch.