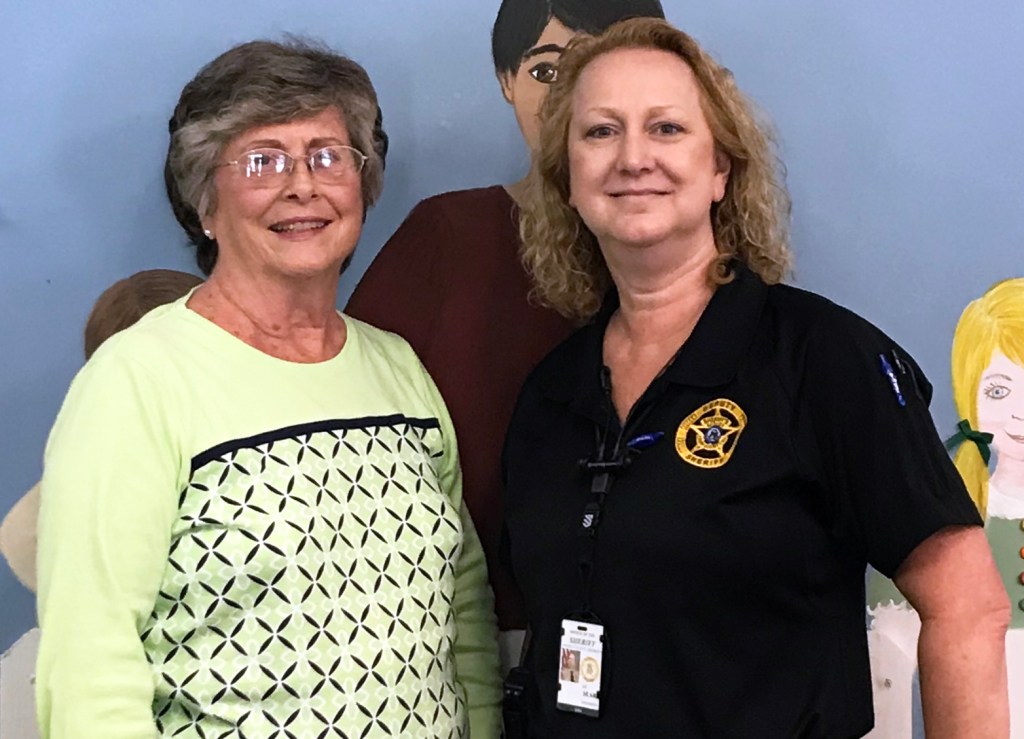 Two of the longest-serving members of The Gateway Center’s Board of Directors, Becky Shauf (left) and Tammera Sears, have retired after a combined 37 years of service to the organization.

Two of The Gateway Center’s longest-serving board members have resigned after helping guide and grow the local children’s advocacy center for a combined 37 years.

Becky Shauf and Tammera Sears have turned over their seats on The Gateway Center’s board of directors to a couple of new faces with the launch of the center’s 2020 fiscal year at the beginning of July. Lelee Phinney, executive director of The Gateway Center, said the impact Shauf and Sears have had on the organization cannot be understated.

“Becky has been instrumental in setting the pace for the organization as a charter member of the board,” Phinney said, “and Tammera’s expertise from a lifetime in public safety influenced The Gateway Center’s multidisciplinary approach to serving victims and their families.”

Sears is Crisp County’s Deputy EMA Director and a veteran law enforcement officer with the Crisp County Sheriff’s Office. She was the longest-serving board chair for The Gateway Center. Shauf, who has served on the center’s board for the past 20 years, said she will always support The Gateway Center even though she is stepping away from the board of directors.

The Gateway Center is a non-profit organization dedicated to providing services for children in cases of suspected child abuse and to the enrichment of families through provision and support of programs that address issues in the community. The center serves residents in Ben Hill, Crisp, Dooly, and Wilcox counties.