At least one seriously injured in two-vehicle wreck 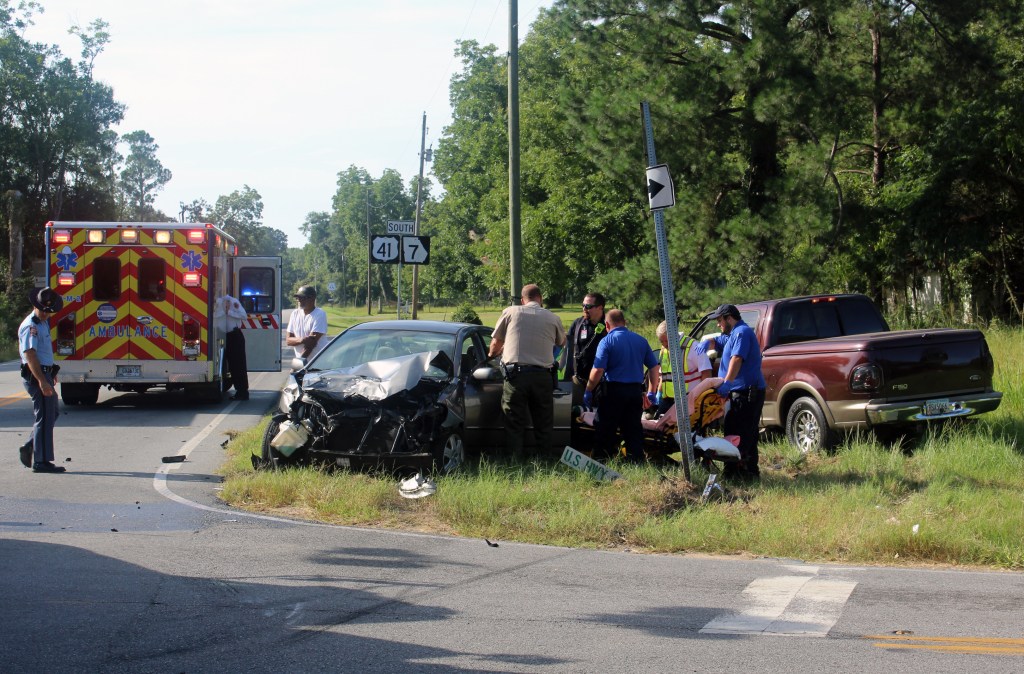 This wreck at the intersection of Rockhouse Road and U.S. Hwy 41 occurred at approximately 9:20 Thursday morning and has left at least one person with serious injuries. More information will be provided as it becomes available.

At least one passenger suffered serious injuries in a wreck that occurred at approximately 9:20 Thursday morning at the intersection of U.S. Hwy. 41 and Rockhouse Rd. Multiple EMS units along with units from the Crisp County Sheriff’s Office, the Crisp County Fire Department, and the Georgia State Patrol are on the scene.

Very little information about the incident is available at this time, including the names of those involved in the accident, how it exactly happened, and how extensive the injuries to the vehicle occupants are. The airbags on both vehicles had deployed.

This is a developing story. The Dispatch will provide updates as more information becomes available, or you can read all about it in Saturday’s print edition of the Dispatch.