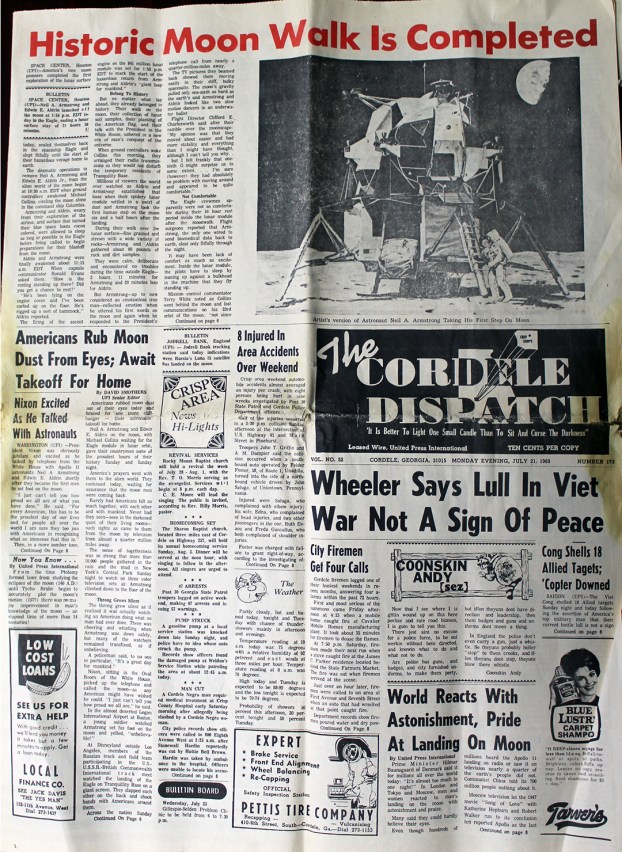 In addition to coverage of the moon mission and the Vietnam War, there were stories about:

Advertisements listed the price of a five-pound bag of flour as $.39 and a five-ounce package of bologna for $.19. The 10-page paper itself cost a dime.