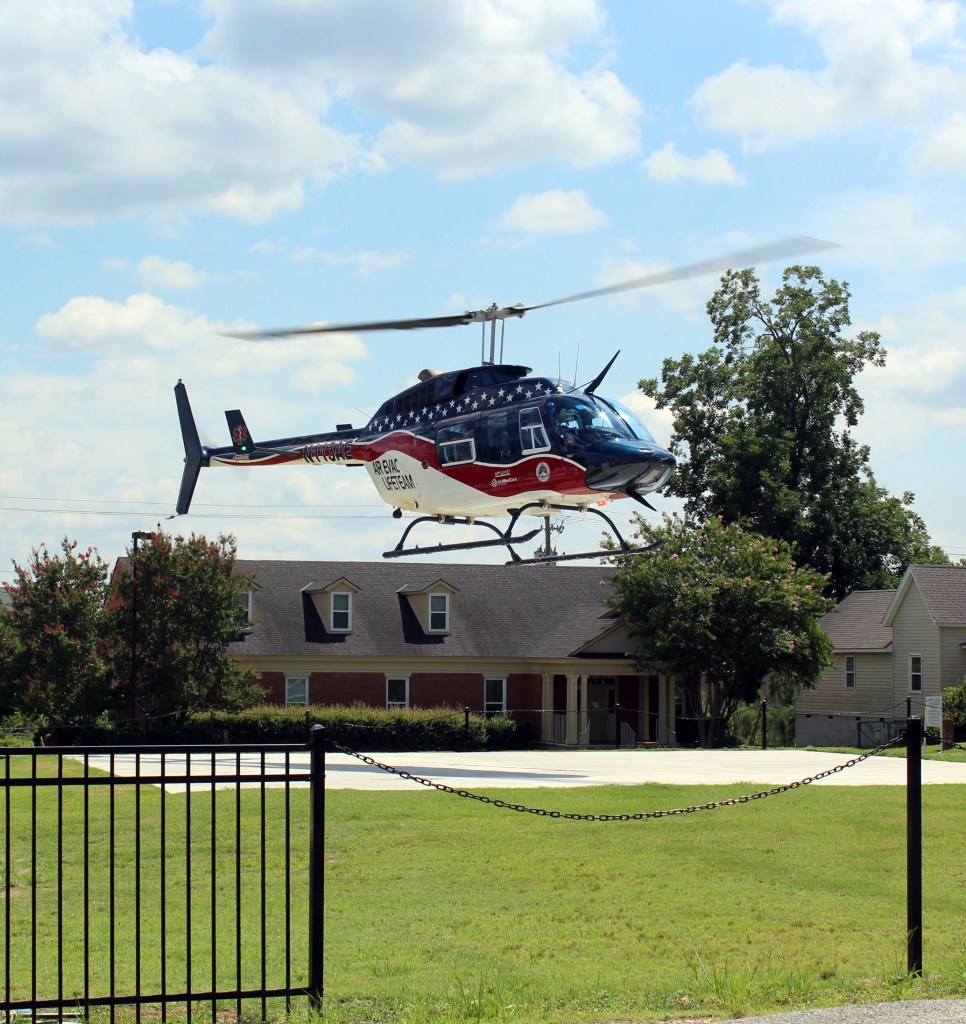 An Air Evac helicopter carrying Antwon Williams takes off from the helipad near Crisp Regional Hospital shortly after 3 p.m. Wednesday en route to the Doctors Hospital Burn Center in Augusta. Williams suffered severe burns over most of his body when gasoline fumes ignited as he was filling a tanker at Synergy Solutions in Crisp County earlier that day. He is still listed in critical condition.

The cause of a fuel explosion on Wednesday at the Synergy Solutions Crisp County recycling center that left one man in critical condition is “undetermined after investigation,” according to a Crisp County Fire Rescue report.

Antwon Williams of Cordele suffered severe burns on almost his entire body when the gasoline he was pumping into a tanker at Synergy’s tanker filling station ignited. According to the fire department’s report, Williams was on top of the empty tanker loading gasoline into it from a bulk container that was supported by a forklift.

“Approximately 125 gallons of gasoline was loaded into the tanker and the bulk container was almost empty when it ignited,” according to the report. The report also states that the, “[t]anker has been damaged by ignition of vapors in the tank,” and, “[t]he frame of the trailer and body of the tank is warped.”

When fire fighters responded to the recycling plant, they found that Williams “had been removed from the tanker filling station with severe burns. [Williams] was conscious and alert, speaking, and receiving aid from CCSO.”

Williams’ burns required immediate attention. He was first transported by EMS to Crisp Regional Hospital and then transported by helicopter to the Doctors Hospital Burn Center in Augusta, where he remains in critical condition.