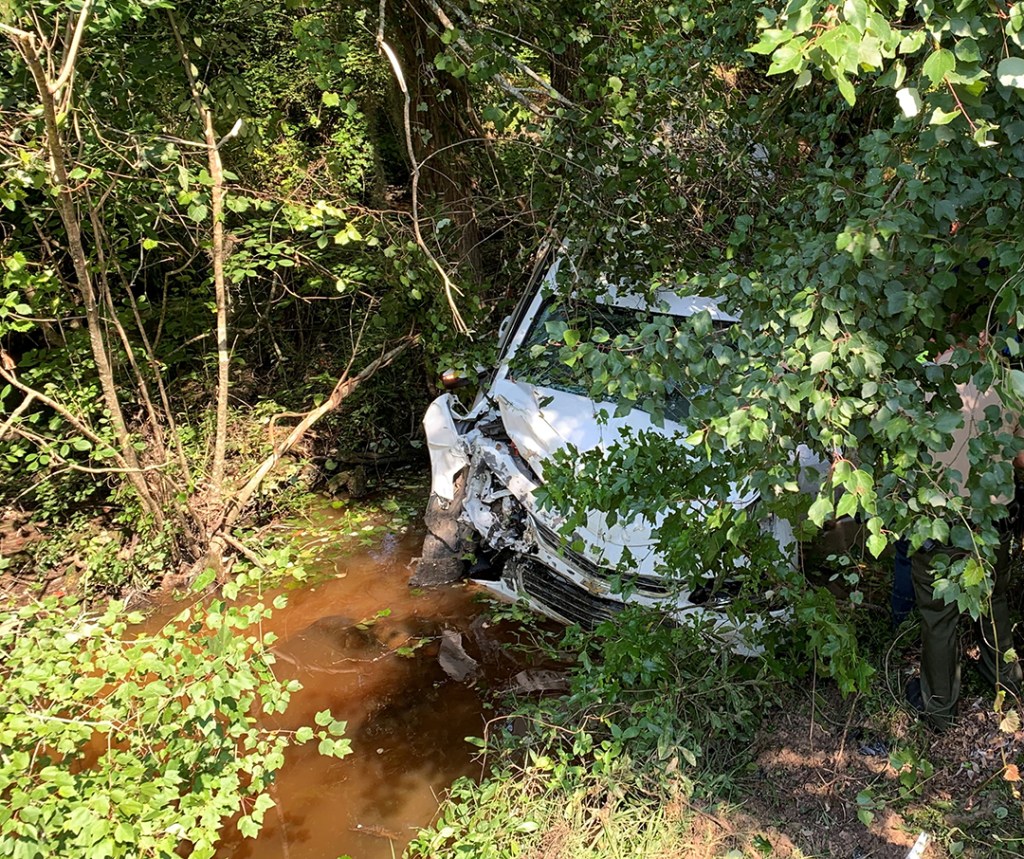 This sedan driven by 76-year-old James Shiver of Warwick lies in a drainage culvert near the intersection of Ga. Hwy. 33 and Antioch road on Monday. It is possible Shiver, who was later pronounced dead at Crisp Regional Hospital, suffered a medical emergency before crashing.

A 76-year-old Worth County man was involved in a single-car motor vehicle accident at approximately 4:20 p.m. Monday on Ga. Hwy. 33 and Antioch Road and was later pronounced dead at Crisp Regional Hospital.

James Shiver, of Warwick, was traveling south on Ga. Hwy. 33 in a white sedan when a possible medical emergency caused him to drift across the roadway, according to a Crisp County Sheriff’s Office press release. The vehicle went airborne over a culvert and struck the other side of the culvert before coming to rest in a creek.