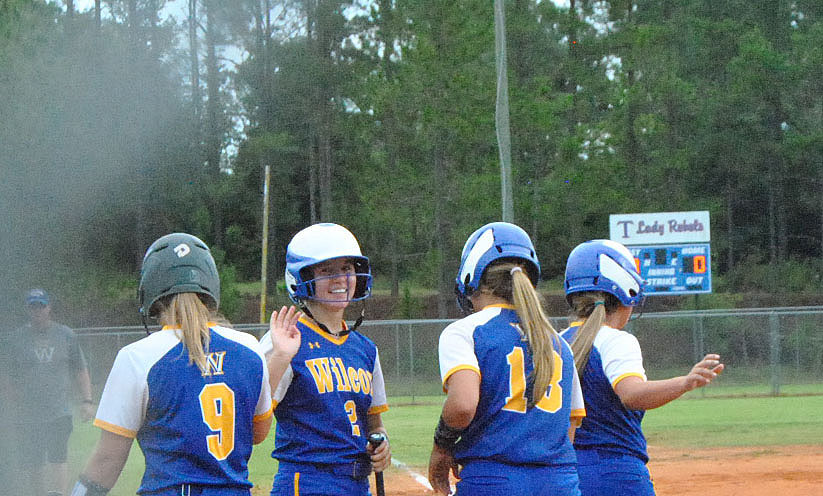 ASHBURN— The Wilcox County High School softball team picked up their first win of the 2019 season on Tuesday afternoon in a road game at region rival Turner County that lasted just three innings and saw the visiting Lady Patriots win by a 15-0 score line.

A three-run home run by Wilcox senior Chastity Stephens was the key hit in a six-run top of the first inning for the Lady Patriots. Grace Keene hit a one-out single for the only other Wilcox hit of the inning, but six walks and a pair of wild pitches helped the Lady Patriots plate their other three runs during the first frame.

After a scoreless second inning, Wilcox finished off the contest by scoring nine runs in the top half of the third frame, before completing the three-inning shutout of the hosts in the bottom half.

Wilcox County’s Bailee Barnard pitched a scoreless bottom half of the third inning and recorded three strikeouts to finish off the contest. Blakelyn Bloodworth started out the game in the circle for the Lady Patriots and pitched two scoreless innings while recording four strikeouts. The two Wilcox pitchers combined for three innings of no-hit work in the run-rule shortened region win.

The victory gave the Lady Patriots a 1-0 record in region 2-A play on the season and a 1-1 overall mark following Monday’s 8-4 home defeat against Wheeler County in the season opener.

Wilcox is scheduled for another region game tomorrow at Telfair County to close out their opening week of play. The Lady Patriots then continue their schedule next Tuesday at Atkinson County.