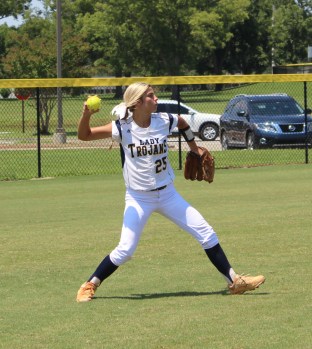 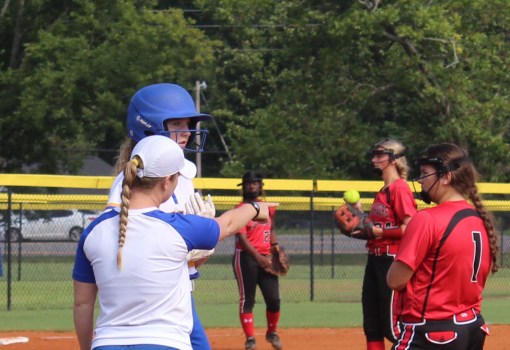 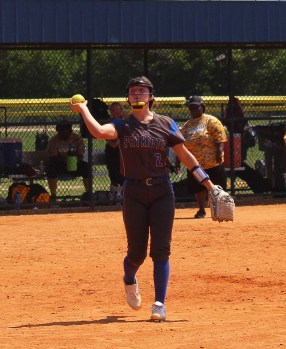 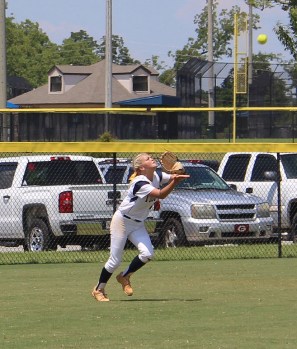 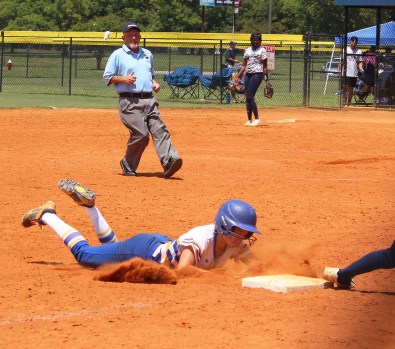 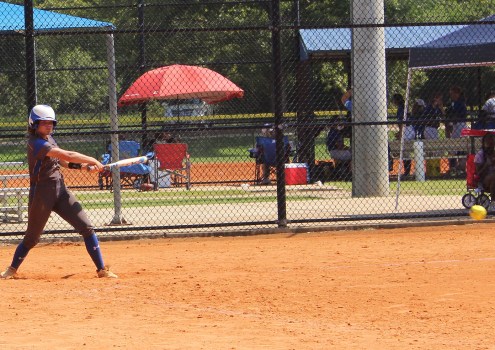 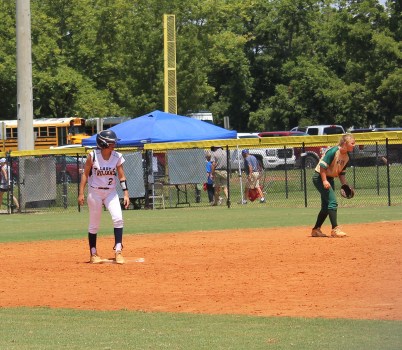 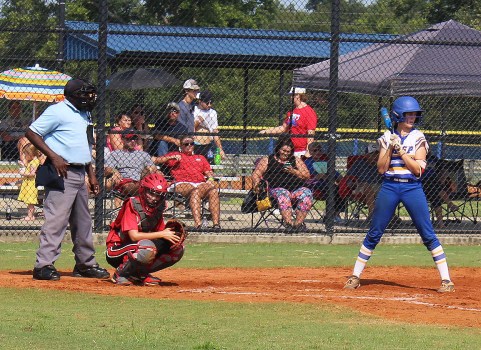 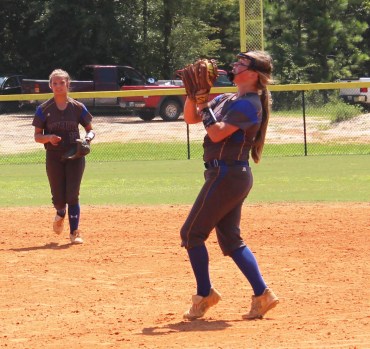 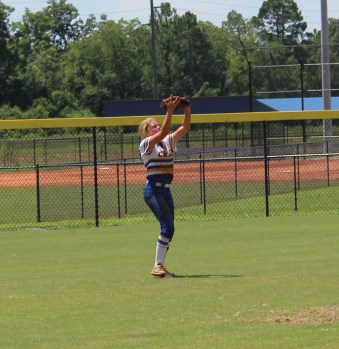 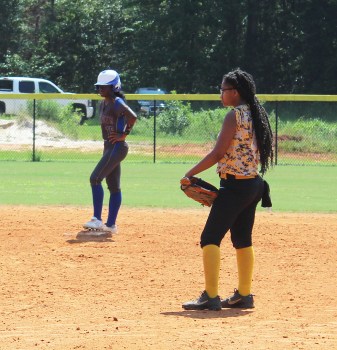 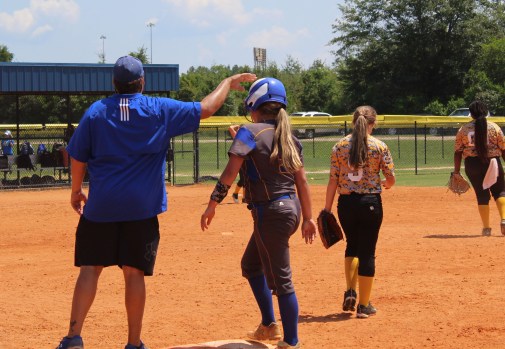 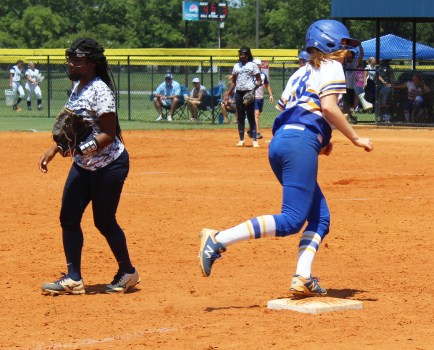 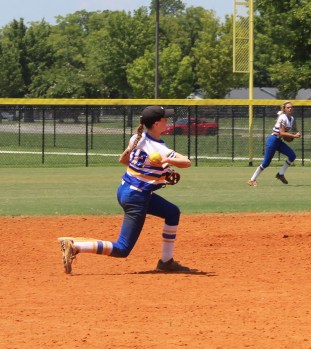 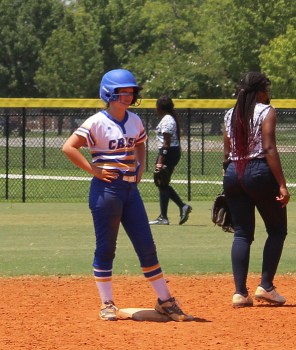 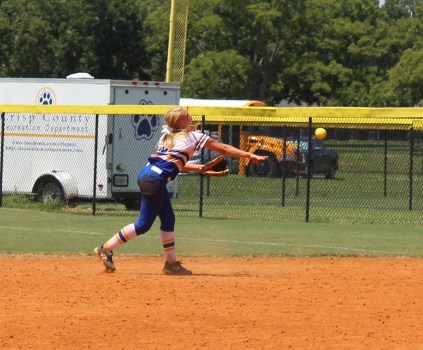 Crisp County, Fullington Academy, and Wilcox County were just three of the 21 total teams that were originally scheduled to be a part of the competition.

The slideshow above features various action shots of CCHS, Fullington, and Wilcox players at the tournament, while results and stats from all of their games are below.

Crisp County and Fullington matched up in one of the first games of the tournament on Friday evening, and the CCHS Lady Cougars came out with the win over the Lady Trojans by a final score of 8-2.

Rilee Duckworth pitched a five-inning complete game for the Lady Cougars and allowed the two Fullington runs on six hits while striking out one batter.

Jo Brady had three hits in three at bats for the Lady Cougars, while Riley Blampied and Macy West each tallied two hits. Kirin Webb and Sara Ruth Raines each had one hit for Crisp, and Olivia Taylor drew two walks.

Marley Jones led the Fullington batting lineup in the game with two hits, a walk, and one run scored, while Ella McGalliard, Lauren Rucker, and Maddy McLeod each had one hit for the Lady Trojans in the contest. Carmen Phillips and Lillie Grace Register had one RBI apiece for Fullington.

The CCHS Lady Cougars played their second game of the competition Saturday morning, and Bacon County came away with a 3-2 victory over Crisp in the contest.

Blampied hit a home run in the game for the Lady Cougars, while West had two hits in two at bats, and Raines recorded one base hit.

The Lady Cougars then took an 8-2 win over Jenkins County on Saturday afternoon to bring their record for the competition to 2-1.

Crisp County’s overall record for the season stood at 3-2 following the results from the tournament.

The Lady Cougars are scheduled to play a home game tonight against Tift County High School starting at 6 p.m. CCHS will then begin region play with a big game on Thursday afternoon at Worth County at 6.

Wilcox County played their first game of the Watermelon Tournament on Saturday morning against Emanuel County Institute. The Lady Patriots fell to ECI in the contest by a final score of 4-0 after seven innings of play.

Chastity Stephens pitched six innings for Wilcox in the contest and allowed just three earned runs on four hits while striking out seven batters. Sara Nutt and Grace Keene also each spent time in the pitcher’s circle for Wilcox against ECI.

Mackenzie White had two hits in the contest for the Lady Patriots, including a double. Stephens, Grace Keene, Jalynn Keene, and Carlee Walls each finished with one hit for Wilcox.

The Lady Patriots finished the tournament with a 1-1 record after bouncing back to win their second game on Saturday afternoon by a final score of 9-0 against East Laurens.

Walls led the Wilcox offense with three hits in the contest to go with one RBI, and two runs scored. Grace Keene finished the game with two hits, four RBIs, and two runs, while Destiny Tisdol also picked up two hits and scored three runs.

Following the weekend tournament results, Wilcox picked up a 1-0 win over Fitzgerald High School on Monday night in Rochelle behind seven shutout innings from Stephens that included nine strikeouts and only two hits allowed. Bailee Barnard won the game for Wilcox with a walk-off hit in the bottom of the seventh.

The 2-1 record over the last few days put the Lady Patriots at 6-2 overall on the season. Wilcox entered this week scheduled for two region games. The first is set for  tonight at home against Irwin County High School starting at 6 p.m., with the second game scheduled for 5:30 p.m. on Thursday at Echols County.

Fullington closed out their schedule in the competition with a game against Ware County on Saturday afternoon. The Lady Trojans led 1-0 after the first inning of the contest, but Ware County scored seven unanswered runs to win the game by a final score of 7-1 after five innings of play.

Carlee Roberts had one hit, three stolen bases, and scored the only Trojan run of the game. McGalliard, Rucker, and Phillips each recorded a hit, and Parker Wall reached base once for Fullington on a walk.

Fullington’s overall record on the season stood at 4-3 following the weekend tournament results. The Lady Trojans came into this week scheduled to play two games. The first is scheduled to be at Terrell Academy this afternoon, and the second game is at home against Crisp Academy beginning at 4 p.m. on Thursday.