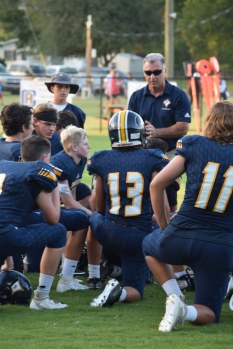 Photos from Fullington's contest against Sherwood this past Friday night. (Photos by Amy Bush) 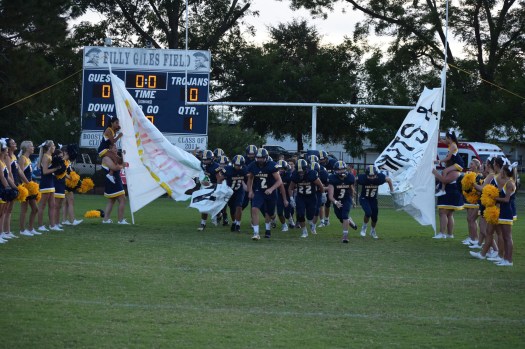 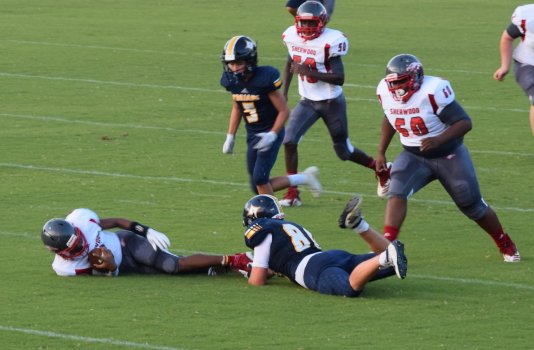 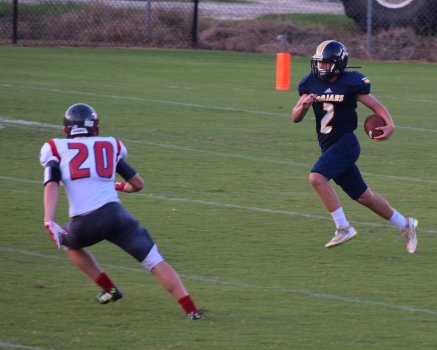 The 2019 football regular season officially got underway for two of our readership area teams this past Friday night, and this week all five will be in action.

Featured in this article is a stat breakdown of Crisp County’s season opening win against Americus-Sumter, followed by a brief preview for each of our area teams’ upcoming Friday night matchups.

The Crisp County Cougars got their season started with a road win over rivals, the Americus-Sumter Panthers, by a final score of 29-14 on Friday night.

The Cougar defense played a big factor in the contest, as they came up with several crucial stops throughout the game, and they even posted seven points of their own when linebacker Preston Lavant scored on an interception return touchdown. Chris Paul Jr. finished the night as the leading tackler for the CCHS defense with 14 total stops, while Jayren Fox (11 tackles) and Sirad Bryant (10 tackles) also tallied double-digit stops for the Cougars.

Other key contributors on the Crisp defense for the night were J’Kobe Harris with eight tackles plus an interception, along with Javan Hardemon, Nick Mercer, Trenton Richey, Damion Cross, Jh’quan Bass, Perici Gaines, Kamron Moate, and AJ Lofton, who all pitched in with several tackles apiece.

Lofton, Jack Carter, and Marquise Palmer played key roles for the Cougar offense on the night. Lofton had 171 total yards of offense on four catches and seven carries, while Carter threw for 230 yards and accounted for two touchdowns, one rushing and the other on a pass to Paul. Palmer scored the other offensive touchdown for Crisp on a run and he finished with 54 yards rushing on 12 carries.

Katorian Raines caught four passes on the night for the Cougars for a total of 63 yards, while Bryant pulled in five catches for 52 yards. Moate scored a two-point conversion for CCHS in the game, and rounding out the offensive contributors were Cortez Thomas with a 25-yard run, and Semaj Chatfield with seven carries for 16 yards. Cougar kicker Connor Richmond made all three of his extra point attempts on the night.

With the win, Crisp has now defeated the Panthers seven straight times in the all-time series dating back to 2011 according to the Georgia High School Football Historians Association.

Up next for the Cougars: West Laurens

The Cougars will play their first home game of the season on Friday night against 4A school West Laurens, who got their season off to a winning start as well by defeating East Laurens by a final score of 53-0 this past Friday night according to MaxPreps.

West Laurens hosted the Cougars for a game in week two of last season, and the home-standing Raiders came up with a 16-0 win in that contest.

The Fullington Academy Trojans opened up the season with a home game in Pinehurst against Sherwood Christian Academy of Albany on Friday night, and the visiting Eagles took the win in the game by a final score of 38-0. The photo gallery at the top of this article features a few pictures from that contest.

The Trojans will be looking to get in the win column this coming Friday night against the Central Christian School Crusaders of Sharpsburg.

The two teams squared off in Pinehurst in week two of last season, and the Trojans took the win by a final score of 24-16.

Crisp Academy, Wilcox County, and Dooly County all opened the 2018 season with a win, and they will be hoping to get this season started with a positive result as well.

The Crisp Academy Wildcats won their opening game last season on the road at Monsignor Donovan by a score of 36-0 in GISA 11-man football. This year, now back in eight-man football, CA opens the 2019 season with a road game at Rock Springs Christian Academy of Milner (1-0 record) this Friday night.

Crisp matched up with the RSCA Eagles for a game in Cordele during 2017 (CA’s most recent season of eight-man football) and the Wildcats won 64-40.

Rock Springs has accumulated a 17-4 record over the past two seasons according to MaxPreps.

Wilcox County opened the 2018 season with a 30-0 road win over the Wilkinson County Warriors. This time the Warriors will pay a visit to Rochelle to play the Patriots for both teams’ 2019 season opener, and Wilcox will be hoping for a similar result to that of last year to get this season underway.

The Georgia High School Football Historians database says Wilcox leads the all-time series against Wilkinson with a 9-6 record, with the Patriots accumulating seven wins and two losses against the Warriors since the 2004 season.

Wilcox went 2-0 over their 2019 preseason schedule with wins over Johnson County and Pierce County, who is currently ranked in the top 10 in 3A by Georgia High School Football Daily.

Wins during the non-region schedule will be helpful for Wilcox if they hope to make it back-to-back trips to the class A playoffs, because their region schedule as usual features several of the top teams in GHSA class A football. Currently four teams in the Patriots’ region are ranked in Georgia High School Football Daily’s class A top 10 (Clinch at 1, Irwin at 2, Charlton at 6, and Turner at 10).

Kickoff from Donnie Clack Stadium in Rochelle is set for 7:30 p.m. on Friday night.

The Dooly County Bobcats will get their 2019 season started with a home game against the 3A Worth County Rams on Friday night in Vienna. The Bobcats defeated the Rams 33-21 in their 2018 season opener in Sylvester.

Worth fell to a home defeat last week against the Turner County Rebels by a final score of 42-21, so the Rams will also be looking to get into the win column for the first time this season on Friday night.

A win over the class 3A Rams will give the Bobcats a solid boost in the playoff power rankings later this season, and a victory would also give them some momentum heading into a tough four-game stretch that sees them play at Fitzgerald, versus Clinch, at Schley County, and at Macon County over their next four games on the schedule.