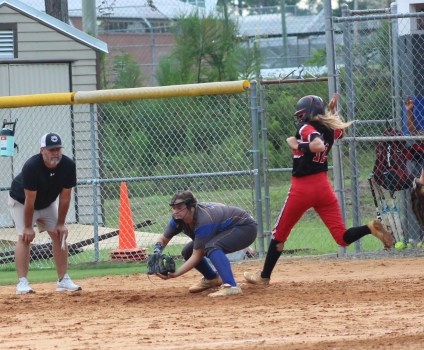 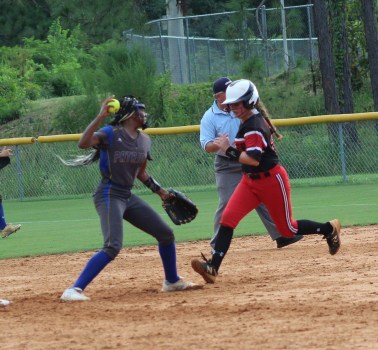 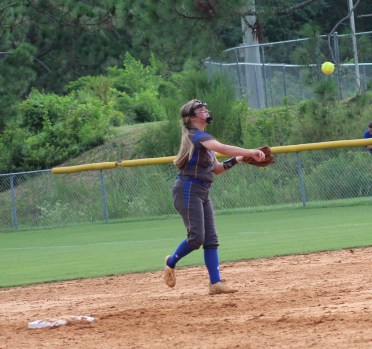 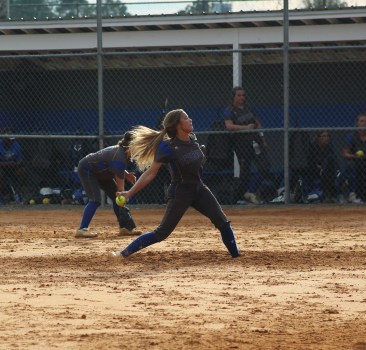 ROCHELLE— The Wilcox County High School softball team (7-3 overall record, 5-1 in region play) hosted the Lanier County Lady Bulldogs (6-1, 4-0) for a key game in the region 2-A standings on Tuesday night. Wilcox led 2-1 after the fourth inning, but Lanier used a pair of runs in the top of the fifth to overturn the deficit and come away with the win by a score of 3-2.

Wilcox scored the first run of the game in the bottom of the first inning when catcher Carlee Walls hit a two-out solo home run.

The teams subsequently combined for just three hits over scoreless second and third innings, as starting pitchers Chastity Stephens (Wilcox) and Aniston Gano (Lanier) shut each opposing lineup down over the two frames.

A Lady Bulldog sacrifice fly in the top of the fourth inning later tied the score at one run apiece.

Wilcox then jumped back in front with a run in the bottom half of the fourth frame on an RBI single by Lexie Anderson that scored Maci Martin.

Wilcox led 2-1 entering the fifth frame but the Lady Bulldogs used four hits, including RBI hits from Gano and Sammi Siska, to take the lead at 3-2.

Neither team managed much offense for the remainder of the game, but one notable defensive highlight for Wilcox was a double play in the top of the seventh inning. Stephens fielded a comebacker in the pitcher’s circle before throwing to shortstop Destiny Tisdol at second, who then fired a throw to first baseman Jalynn Keene to complete the play just ahead of the runner.

Martin finished the day with two hits, a stolen base, and a run scored to lead the Wilcox County batting order. Walls’ first-inning home run, Anderson’s RBI single, and a base hit by Grace Keene brought the Wilcox hit total to five for the contest.

Stephens pitched all seven innings for the Lady Patriots and allowed three runs on seven hits and two walks while recording six strikeouts.

The Lady Patriots and the Lady Bulldogs entered the contest as the only two members of GHSA 2-A that were still unbeaten in league play in the early stages of the region schedule, but Lanier sat atop the standings following the win on Tuesday, leaving Wilcox tied for the second spot.

Wilcox and Lanier are scheduled to meet again later this season on Wednesday, September 25th in Lakeland.

The Lady Patriots are scheduled for three games next week, including two home region contests.

On Tuesday, Wilcox will host region rival Clinch County (6-4 overall record, 4-2 in region 2-A play) with first pitch set for 5:30 p.m. in Rochelle.

Following Tuesday’s game, the Lady Patriots will play a non-region road game at Marion County (9-2 overall) on Wednesday, and they finish out next week’s schedule with a home game against region opponent Turner County (0-8, 0-6) on Thursday.