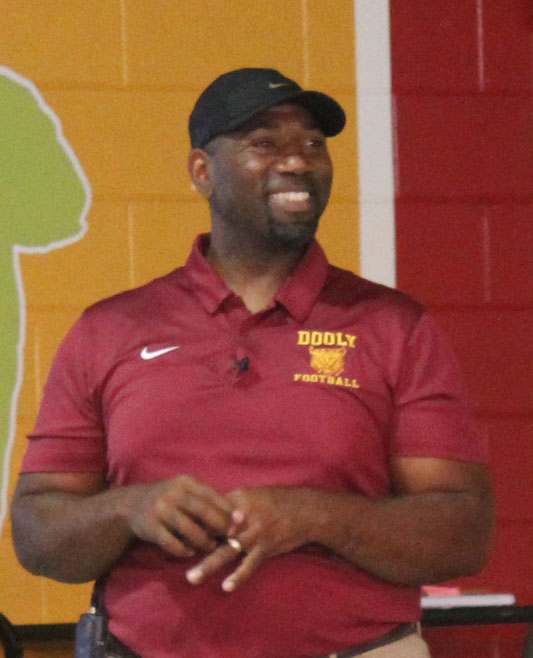 Coach Ashley Harden is pictured during a meet and greet this past June at Dooly County High School. The Dooly School System announced on Wednesday that Quinnen Peavy will be taking over for Harden for the remainder of the season.

“Effective September 4, 2019, Coach Quinnen Peavy will serve as the Interim Head Football Coach of the Dooly County Varsity Bobcats.  We would like to sincerely thank Coach Ashley Harden for his service to the Dooly County Bobcats and wish him the best in his career.

“Coach Peavy has worked in Dooly County for several years, and he has coached numerous sports in this county and in other districts.  He most recently served as Dooly County School System Interim Athletic Director.  Coach Peavy’ s experience and relationships with Dooly athletes positions him to be successful at DCHS.

“Once the football season has been completed, we will then begin the process of selecting and hiring a permanent Head Football Coach for the 2020-21 school year.  We ask that Dooly County Schools and the community  show its collective Bobcat Pride and support Coach Peavy in this new assignment.  We look forward to a great football season!”

The Bobcats are 0-1 so far this season following a 37-7 defeat against the Worth County Rams in Vienna last Friday night. 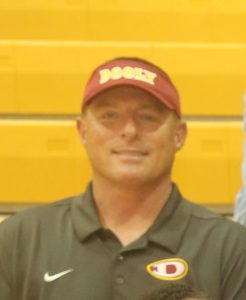