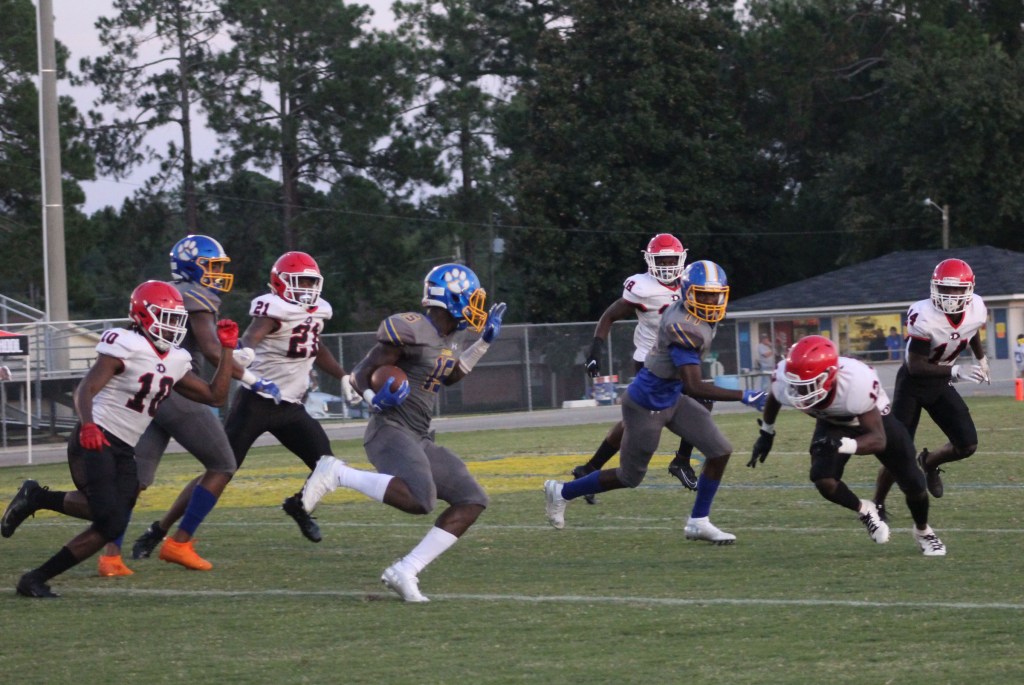 Crisp County’s Sirad Bryant (15) carries the ball for the Cougars after making a catch during Friday night’s game against Dutchtown.

CORDELE- The Crisp County High School football team matched up with the Dutchtown Bulldogs (3-0 record, number five team in class 5A) on Friday night in Cordele, and the visitors escaped with a two-point win on the night by a final score of 19-17.

The difference in the game ended up being a safety recorded by the Bulldog defense during the first quarter following a punt that set the Cougars up for an offensive possession near their own one-yard line.

Dutchtown started the game with the ball but the Cougars took over possession just three plays in when Sirad Bryant intercepted a Bulldog pass attempt near midfield after a deflection from AJ Lofton.

Three plays later Crisp running back Marquise Palmer scored the first points of the night on a 47-yard touchdown run. Connor Richmond’s ensuing point after attempt gave the Cougars a 7-0 lead just over two minutes into the contest.

Dutchtown took over and moved the ball out to midfield on their next drive, but big stops by Cougar defenders Jayren Fox, Javan Hardemon, Kamron Moate, and Chris Paul Jr. ended up leading to a Bulldog punt.

The punt led to the Dutchtown safety, which gave the Bulldogs their first points of the night, and cut the Cougar lead to 7-2 at the 7:01 mark in the first quarter.

After the safety, the ensuing kickoff set Dutchtown up with an offensive possession around the Crisp 40-yard line. It took the Bulldogs just five plays to tack on their first touchdown of the night, as Dutchtown quarterback Arendez Fedd found receiver Nate McCollum for a big gain to move the ball down inside the Cougar five-yard line. Fedd finished the drive off from there with a short touchdown run. The Bulldogs were ahead 9-7 with five minutes to go in the first period after the subsequent extra point.

The Cougar offense responded with a long drive that resulted in a Richmond 35-yard field goal that put the hosts in front 10-9 with 10 seconds to go in the opening quarter. Fredrick Royal and Lofton both had big runs on the drive, and the other key play on the possession was a pass from Lofton to Katorian Raines for a nine-yard pickup on a third and long situation.

The second quarter was filled with several defensive stops as neither team’s offense could get much going. Crisp had several big defensive plays in the quarter, including Bryant’s second interception of the night and sacks by Fox, Moate, and Perici Gaines.

Crisp started the second half with possession of the ball and they drove it down inside the Dutchtown 30-yard line looking to extend their lead, but the Bulldogs blocked a 49-yard field goal attempt to prevent the Cougars from adding on to the advantage.

The Bulldogs ended their ensuing offensive drive with a 30-yard field goal to take a 12-10 lead with 11 seconds to go in the third period.

Dutchtown subsequently held Crisp to a punt on the following drive, and a big return by the Bulldog special teams unit set up Fedd’s second touchdown run of the night. The visitors led 19-10 with 10:29 to go in the game.

After the teams swapped defensive stops over the next few possessions, Lofton ended up punching in a short touchdown run to get Crisp back within two points of the Bulldog lead at 19- 17 with two minutes to go in the contest.

The Crisp County onside kick attempt that followed was unsuccessful and the Bulldogs ran the clock down to inside 10 seconds before a fourth down play. The clock expired on the subsequent punt and the Bulldogs left Cordele with the 19-17 win.

The Cougars fell to 1-2 so far this season with the defeat. They will continue their current five-game homestand with a matchup against Tift County (1-2) next Friday night. 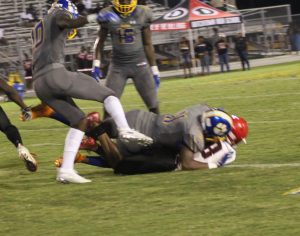 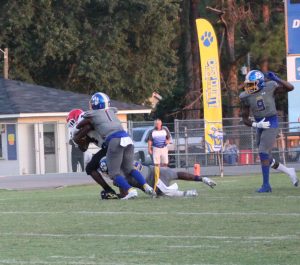 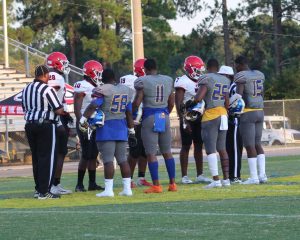