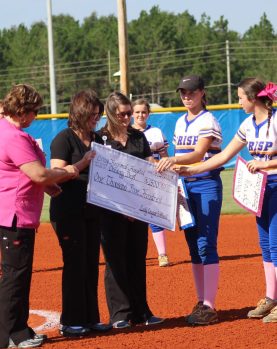 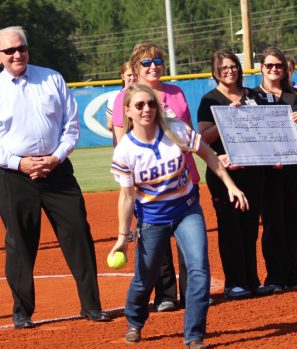 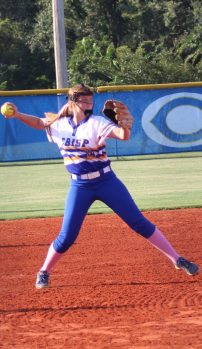 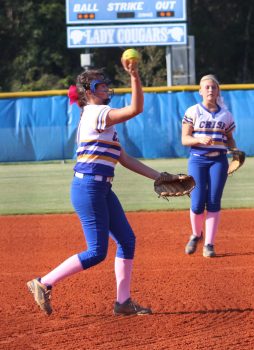 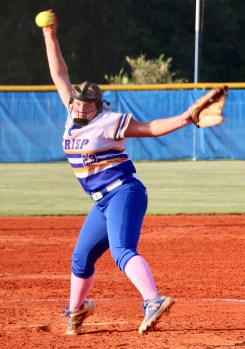 Crisp County’s middle and high school softball teams were both in action on Thursday afternoon, and both picked up wins.

The high school Lady Cougars needed just three innings to defeat Monroe on Thursday for their third region win of the season.

Crisp scored 13 runs in the bottom of the first inning on nine hits and several Monroe errors.

Crisp added four more runs during the bottom of the second to bring the final score to 17-0. Blampied, Brady, and Abby Shiver each had RBI hits in the inning, while Rylee Little picked up an RBI of her own on a bases loaded walk. Sydney Young added one hit and scored a run.

CCHS pitchers Rilee Duckworth and Olivia Bridges combined for three perfect innings in the win. Duckworth pitched the top of the first with one strikeout, while Bridges was in the circle for the final two innings and recorded five strikeouts.

Earlier in the week, CCHS fell to an 8-7 defeat at Schley County (11-3 record) on Wednesday.

Blampied hit two home runs in the game for the Lady Cougars, while Adkins finished with three hits. Brady, Raines, Taylor, and Forsythe each had two hits in the offensive shootout.

The results from this week gave CCHS an overall record of 7-3 so far this season with a 3-0 mark in region competition.

Up next for the Lady Cougars is a home game against Dodge County (9-5) on Monday afternoon with first pitch set for 5:30 p.m.

The Crisp County Middle School Lady Cougars brought their overall record to 6-0 so far this season with the 11-2 road win over Lee West on Thursday afternoon.

Reagan Bozeman got the win in the circle for CCMS, as she allowed just three hits, one walk and two unearned runs while recording 15 strikeouts.

Addie Hobbs led the Lady Cougar batting lineup with two hits, two walks and three RBIs, while LaKayla Alexander also recorded a pair of hits. Lila Deal had one hit and two RBIs for CCMS, while Blakely Young, Camilla Bloodworth, and Lily Duncan had one base hit apiece.

CCMS softball will continue their schedule next week with a road game against Americus on Monday, followed by a home game against Schley on Tuesday.