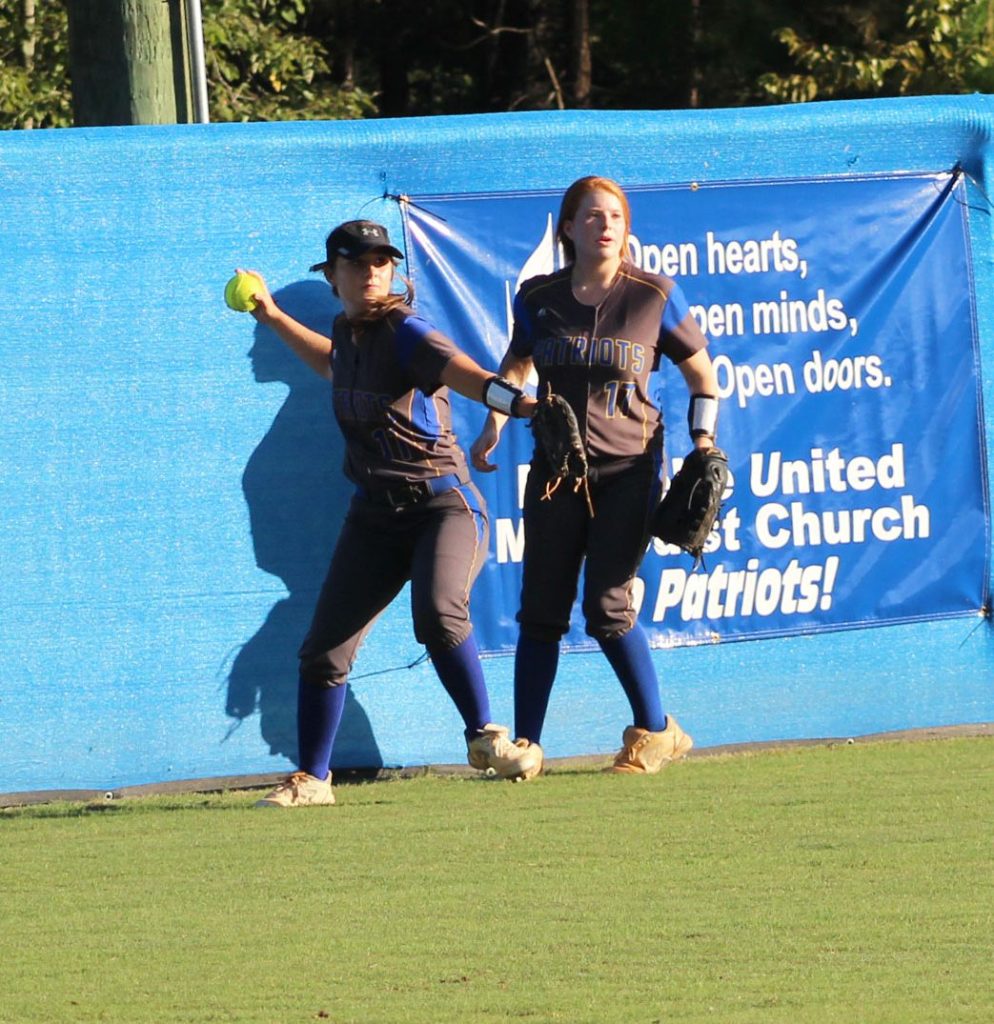 Wilcox County outfielder Madison Terry sets up to throw the ball back into the infield following a hit in a game last week in Rochelle versus Clinch County. Wilcox center fielder Lexie Anderson is also pictured as she backs up the play.

On Monday the Wilcox County High School softball team traveled to play a region doubleheader against Irwin County. The Lady Patriots defeated the hosts in both games by scores of 14-2 (game one) and 13-0 (game two).

In game one, Wilcox scored three runs in the first inning, five in the second, and then six in the bottom of the fourth for their total of 14, while the hosts managed just two scores.

Grace Keene and Jalynn Keene each put in two innings of work in the pitcher’s circle for the Lady Patriots in the first contest. Grace Keene pitched two shutout innings and allowed just one hit and two walks while recording four strikeouts, while Jalynn Keene allowed two unearned runs on two hits while striking out two batters in her pair of innings.

Chastity Stephens, Destiny Tisdol, and Grace Keene all led the Wilcox batting lineup in game one with two hits each.

In game two, Wilcox took control early on with a six-run top half of the first inning. The Lady Patriots later tacked on one score in the second, two in the third, and four in the top of the fourth for the total tally of 13.

Wilcox brought their overall record to 11-4 on the season with a 9-1 mark in region play after the two wins over Irwin.

The Lady Patriots are scheduled for a home game tonight against Telfair County starting at 6 p.m.

Following today’s matchup versus Telfair, the next game on the schedule for Wilcox is set for next Tuesday at home against Charlton County starting at 5:30 p.m.