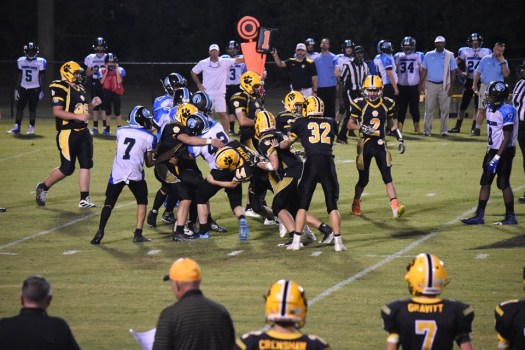 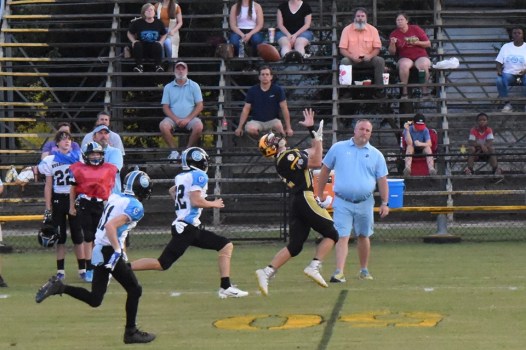 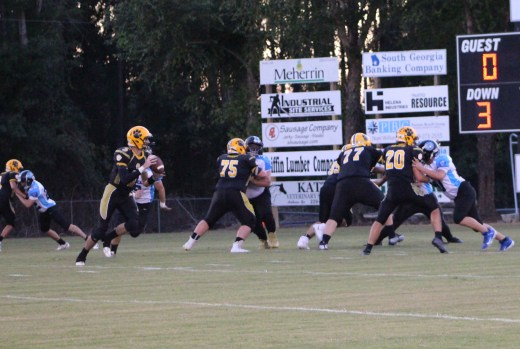 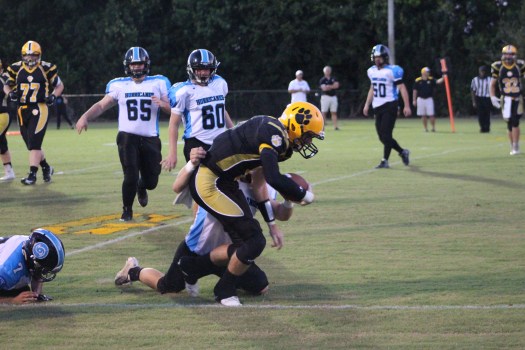 The Crisp Academy Wildcat football team won their home opener on Friday night against Coastal HomeSchool by a final score of 56-12 for their second victory of the season.

The Wildcats posted 16 points in the first quarter and then 24 in the second period for a 40-0 halftime lead. CA later outscored Coastal 16-12 in the second half for the 56-12 final score line.

Wildcat quarterback Noah Mercer accounted for five total touchdowns in the contest, including four passing scores. Billy Hardin and Baylor Pless each caught two touchdowns from Mercer during the win.

On defense the Wildcats allowed just 150 yards to the visitors. Hardin and Odom led the CA defense on the night with 10 total tackles and one sack apiece.

Final stats for other Wildcat defensive contributors in the game were as follows: Pless, Napier, and Lane Freeman- six tackles and one sack each; Garrett Gravitt- four tackles and one interception; Andrew Willis- five tackles and a fumble recovery; Griffin, Flint Murray, and Ed Jordan- three tackles apiece; Atherton- one INT; Cody Freeman and Jacob Gravitt- one tackle apiece.

With the win, the Wildcats brought their record to 2-1 so far this season.

CA will continue their current four-game home stand with a game against Windsor Academy of Macon on Friday night with kickoff scheduled for 7:30 p.m. The Windsor Academy Knights are also 2-1 so far this season.