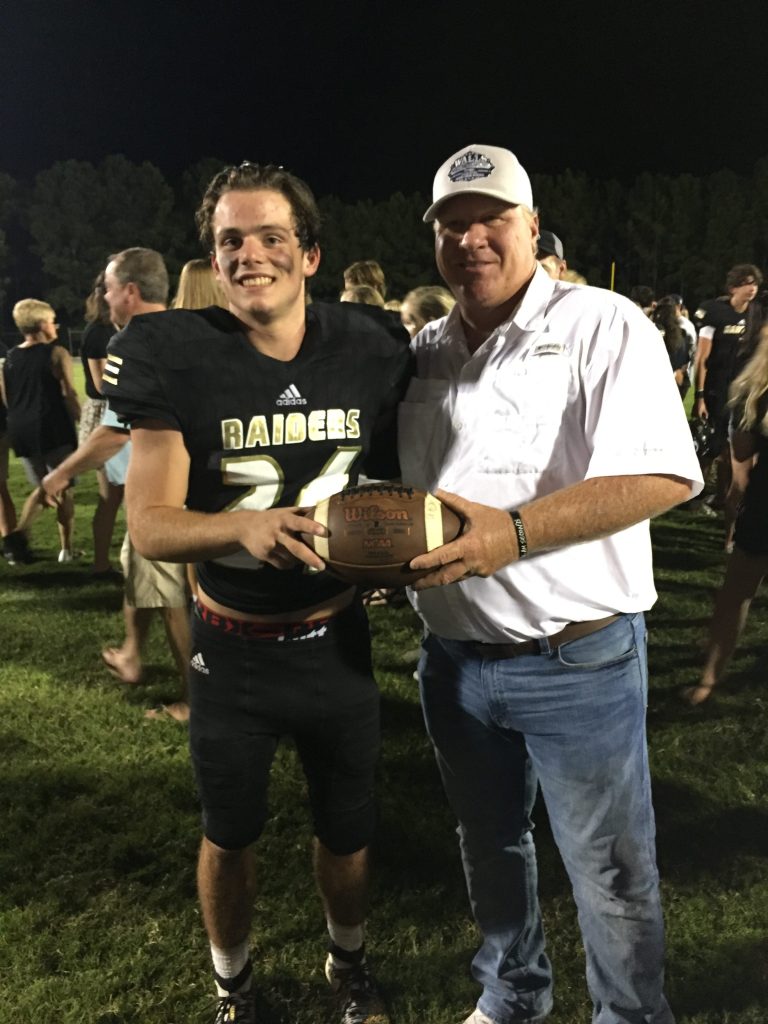 Many long years before Clay Owens was even born, Dave Walls was rewriting all the records in football at Southland Academy in Americus. Walls was a star at the south Georgia AAA private school in the early 90s. At the end of his distinguished career he held every major offensive record (minus passing and receiving) that one could hold. Walls would go on to graduate, get married to his sweetheart Michelle, and have two sons, Taylor and Austin. Both sons would go onto play college baseball and Taylor is in the pros with the AA Tampa Bay affiliate in Montgomery, Alabama. Can you say genetics?

Now 27 years after Walls set the records, here comes Clay Owens, the son of Joel and April Owens of Cordele. Clay took after his father, who in his own right was a fine football player and even better collegiate baseball player. It doesn’t stop there because his lineage is full of athletes.

Let’s see… Grandfather Joe from Unadilla, brother Grant, uncles Brad and lest we forget Brett Owens who broke countless records as quarterback at Dooly High school and then went on to play QB in college. Does the name McCaffrey ring a bell? I don’t know but I am getting that vibe.

Do I know them? Yes I know the family very well and they eat, sleep and devour sports of all kinds. On September 6th, Owens etched his name into the history books in grand fashion. Walls and his wife made a special trip back to the school just so they could witness young Owens date with history.

Owens scored six touchdowns to tie a 42-year old record for touchdowns in a game and he also had a 72-yard score called back that night. He toted the ball for 257 yards and with all that he owned the all-purpose yards mark of 4778 yards set by Walls in 1992. The rushing yards number set by Walls was 4013 and now it belongs to Owens. The total touchdown record of 59 is now on target, as Owens is only three shy of that one. It is more than just setting records for Owens, “it’s a team effort,” he said, “I can’t do it without them.”

Through the years watching Owens grow up and the work ethic he has put into sports, it has never been a doubt he would succeed. Owens continues to strive for excellence all the while keeping a humble demeanor about himself. Another son of Crisp County is hoping to take that next step in to the collegiate ranks.