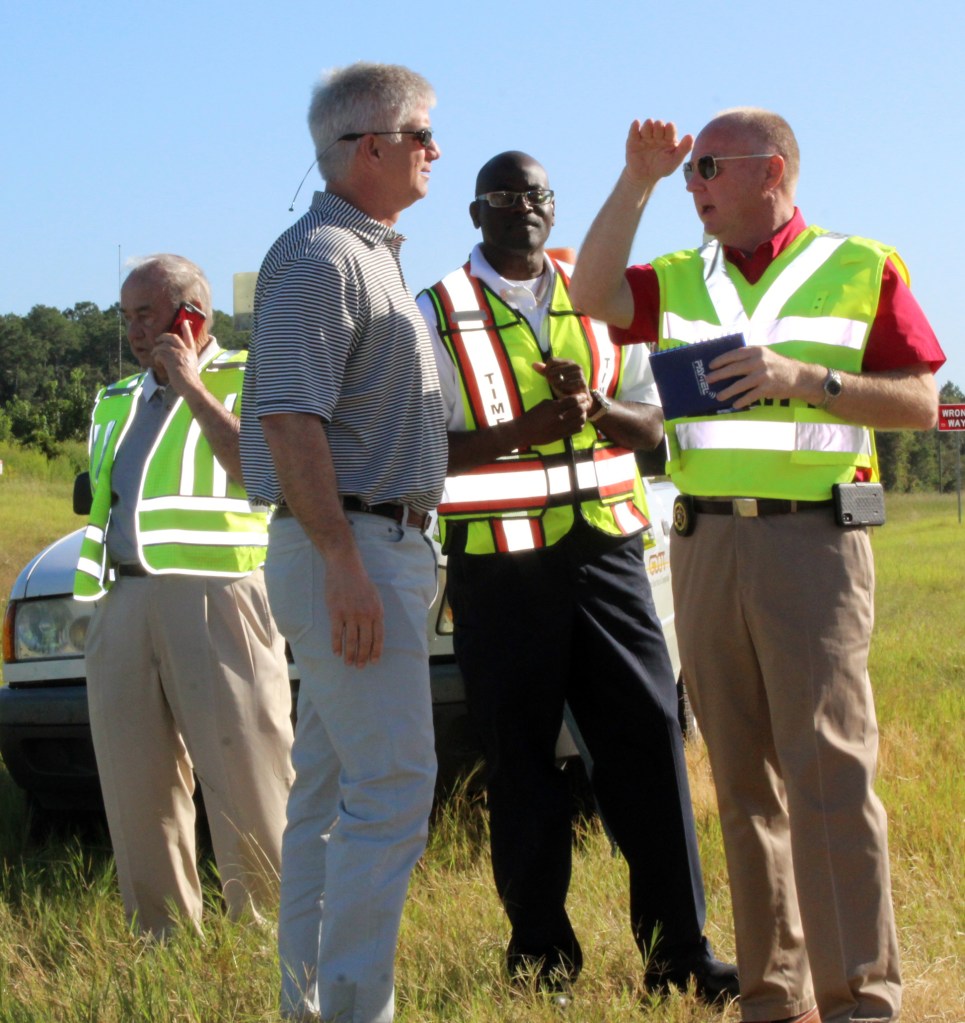 “We can’t bring back a life, but we can do everything in our power to make sure we don’t lose another one here,” Crisp County Sheriff Billy Hancock said Friday morning while standing where Old Hatley Road crosses GA Hwy. 300.

Seven days prior, a local woman lost her life as a result of a crash with a box truck at the busy intersection. Hancock and other community public safety professionals and elected officials have been meeting to discuss how to mitigate safety hazards at the intersection since 60-year-old Sheila Brown’s fatal accident.

A similar wreck, also involving an 18-wheeler, on Thursday at the same location left two with serious but non-life threatening injuries and reinforced the need for action.

Hancock and Postell believe improving the visibility of the traffic lights that govern vehicle flow at the crossing could help matters. Postell said his firefighters have reported difficulty seeing the traffic lights as they approach and travel through the intersection.

The lights that DOT workers installed Friday morning are heavier and will hang more perpendicular to the roadway and should improve the lights’ visibility for all drivers.

A GDOT spokesperson said the agency’s traffic operations office is conducting an engineering study at the intersection. The study, “will examine if there are operational improvements that should be made at the intersection. It will take into consideration traffic counts, crash data, intersection angles and speeds, among other factors,” said GDOT’s Nita Birmingham in an email. “A TE study is required to implement any operational improvements, which would have to be approved by the Georgia DOT Traffic Office. A TE study is also required to recommend adjusting the posted speed limit, which would have to be approved by the commissioners of Georgia DOT and the Georgia Department of Public Safety.”

Williams noted that traffic congestion at the intersection of Old Hatley Road and GA Hwy. 300 is going to increase substantially when the county’s new middle school, now under construction approximately a half-mile east of the intersection, opens for business next fall.