Wilcox shuts out Lanier on Homecoming for first region win 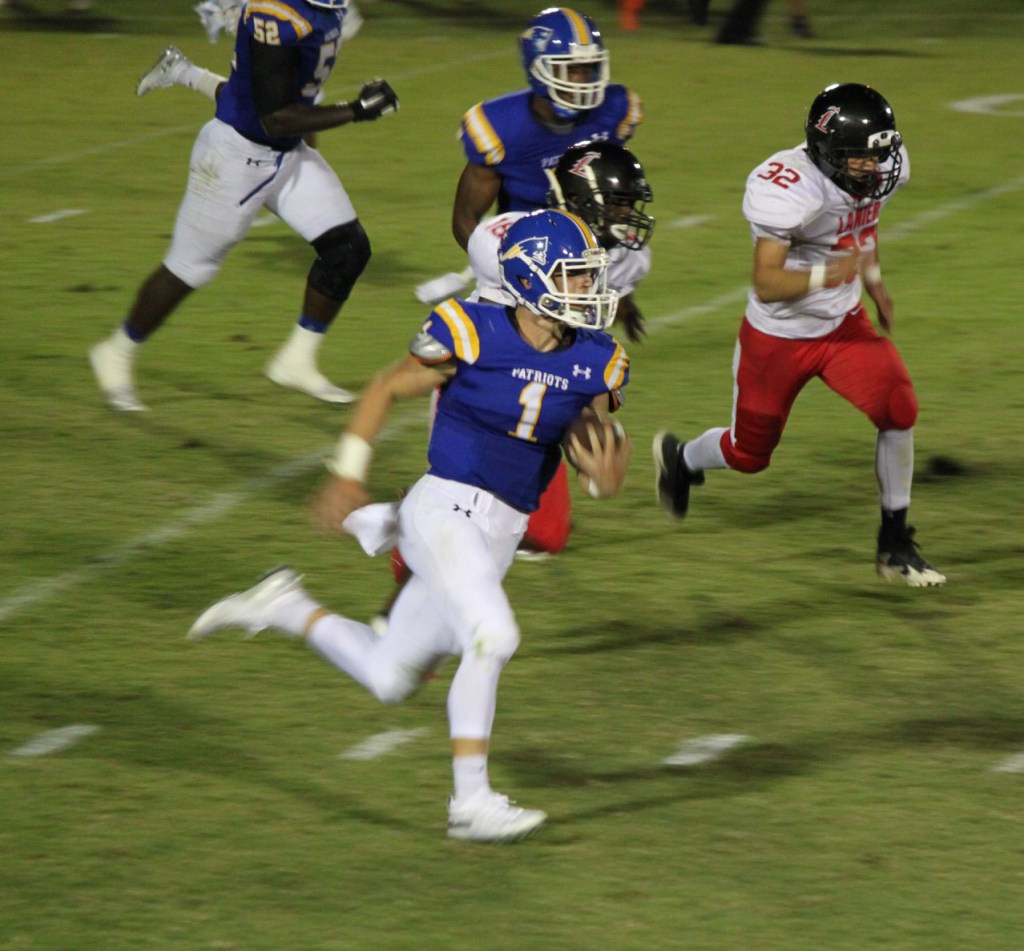 The Wilcox County Patriot football team brought their record to 4-0 on the season with a 41-0 Homecoming game win over region 2-A opponent Lanier County (1-3) in Rochelle on Friday night.

The Patriots scored two touchdowns during the first quarter to take a 13-0 lead into the second period. Matt McAdoo returned a Lanier punt 60 yards for the first touchdown of the night and Manny Carrillo’s first of five successful extra points in the contest made the score 7-0. Wilcox quarterback Noah Hollingsworth found the end zone on a 63-yard rushing touchdown later in the period for the 13-0 Patriot advantage.

In the second quarter, the Patriots tacked on two more touchdowns to take a 27-0 lead into halftime for the Homecoming festivities. Martez Thrower accounted for the first score of the quarter with a 54-yard rushing touchdown, and Desmond Tisdol found the end zone on a three-yard run with less than five minutes to go in the first half for the 27-0 lead.

Tisdol scored his second touchdown of the night early in the third quarter on a 27-yard run to bring the Wilcox lead out to 34-0. A 19-yard touchdown pass from Hollingsworth to Cameron Patterson later on in the third period brought the score line out to 41-0, which is where it stood at the end of the game as neither team scored during the fourth period.

The final stat sheet credited the Wilcox offense with 445 total yards (122 passing and 323 rushing), while the Patriot defense held Lanier to just 197 yards.

Hollingsworth finished with 153 rushing yards on 11 carries with the one score, while also completing nine out of 11 pass attempts for 122 yards, including the touchdown throw to Patterson. Thrower finished with 111 yards on eight carries to go with his touchdown. Tisdol carried the ball nine times for 51 yards and two scores, and he also had one reception for 28 yards. EJ Howard finished the night with three catches for 34 yards, while Patterson caught two passes for 35 yards. McAdoo, Jay Brown, and Branson Owens each finished with one reception.

Up next for the Patriots is a trip to Homerville on Friday night for a region game against the defending class A state champions, the Clinch County Panthers (3-1). The Panthers started this season 3-0 with wins over Hebron Christian, Brooks County, and Dooly County, before falling to region 2-A rival Irwin County (3-0) 14-0 in Ocilla this past Friday night.

Clinch defeated the Patriots in last season’s meeting between the two in Rochelle by a score of 36-12.

Kickoff from Homerville next Friday night is scheduled for 7:30 p.m.