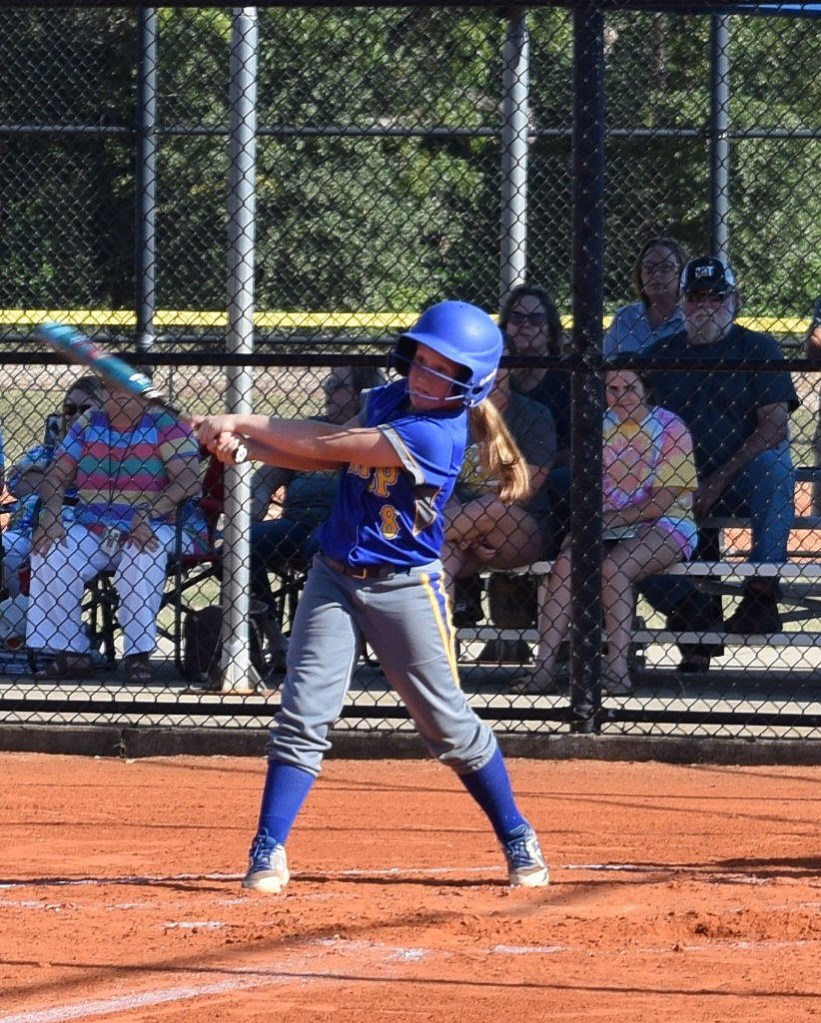 Camilla Bloodworth is pictured batting for the Crisp County Middle School Lady Cougars during their 10-0 win over Worth in Monday's conference semifinal game. (Photo by Paula Paquette)

Crisp County’s middle and high school softball teams hosted games on Monday afternoon, and both came up with big wins. The CCMS Lady Cougars defeated Worth County Middle in a conference semifinal game by a final score of 10-0 on the day, while CCHS defeated Tift County by a score of 11-2.

The middle school Lady Cougars needed just four innings to defeat Worth County by the final score of 10-0 on Monday afternoon to advance to the conference championship.

Reagan Bozeman pitched a four-inning shutout and struck out 10 batters in the contest for Crisp to get the win in the pitcher’s circle.

The middle school Lady Cougars brought their overall record to 11-0-1 (W-L-T) on the season with the win. They will be hosting the conference championship game versus Lee West at the Crisp County Recreation Department Ball Complex at 4:30 p.m. on Thursday afternoon.

Olivia Bridges got the win on the day for CCHS after pitching five innings and allowing two runs (one earned) on three hits and one walk while striking out three Blue Devil batters.

Riley Blampied led the Lady Cougars offensively with four hits in four at bats, including an RBI triple during the third inning.

The win brought the Lady Cougars’ overall record to 13-5 for the season. They will next be in action on Thursday with a doubleheader at Monroe High in Albany starting at 4 p.m. A win over Monroe on Thursday afternoon will wrap up a second consecutive region 1-AAA softball title for Crisp County.