Crisp fights back in second half, falls short versus Bainbridge on Homecoming 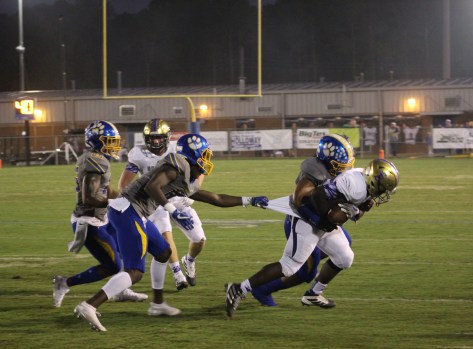 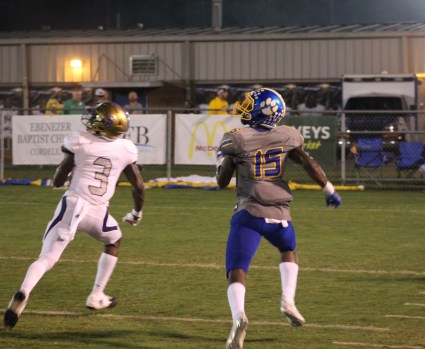 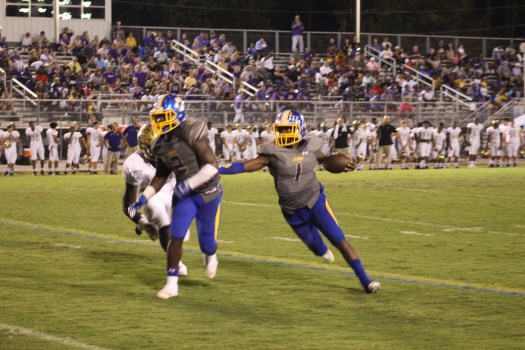 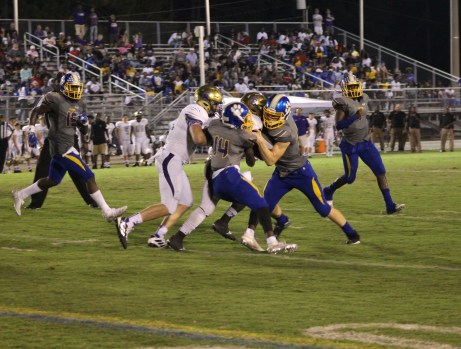 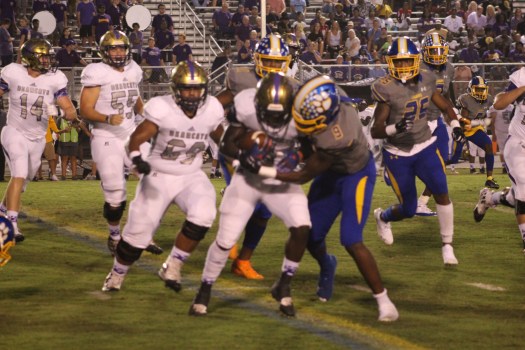 CORDELE— Crisp County welcomed the defending class 5A state champions, the Bainbridge Bearcats (5-0), to the Cougar Den on Friday for what ended up being a thrilling contest that saw the visitors escape with a 14-9 win on the night.

The Cougars found themselves trailing by a score of 14-0 entering the fourth quarter. They fought their way back into the contest with a touchdown and a field goal, and even had one final attempt to win the game from inside the Bearcat 20-yard line with less than a minute to play, but the Bainbridge defense forced and recovered a Crisp fumble with less than 40 seconds to go to hang on for the win.

The Bearcats had previously put the first points of the night on the scoreboard on their opening possession of the game when Deyon Bouie caught a short pass and took it all the way for a 72-yard touchdown. The subsequent extra point put the visitors up 7-0 just two minutes into the game.

Crisp drove the ball down inside the Bainbridge 30-yard line on the ensuing possession, but the Bearcat defense forced a field goal attempt from 44 yards out and Connor Richmond’s kick sailed just wide of the goalpost.

The remainder of the first half saw the two teams trade defensive stops all the way up to the halftime Homecoming festivities.

Jayren Fox, Nick Mercer, Trenton Richey, Preston Lavant, Chris Paul Jr., and Sirad Bryant made some big plays for the Cougar defense during the remaining first half time, while one notable offensive highlight for Crisp during that time was a pass from Jack Carter to AJ Lofton that resulted in a gain of nearly 40 yards.

The Bearcats led at the break by a score of 7-0.

Crisp drove the ball inside the Bainbridge 40-yard line on the first possession of the third quarter, but the Bearcat defense forced a turnover on downs to hang on to the momentum.

Bainbridge fumbled possession right back to Crisp on the ensuing drive, as Paul came up with the recovery for the Cougars.

After the fumble, the Bearcat defense forced another Cougar turnover on downs, and this time the visitors made the stop count as they subsequently scored their second touchdown of the night on a 12-yard pass to Braxton Johnson. Bainbridge led 14-0 with 3:40 to go in the third period following the score.

The Cougars answered with a long drive to get their first three points of the night. Lofton and Marquise Palmer carried the load on the possession with several big runs, and Richmond hit a 26-yard field goal to cap off the scoring drive to get Crisp on the board with 10:28 to go in the game.

Richey, Paul, and Kamron Moate made some key tackles to lead the Cougar defense to a big stop on the next Bainbridge offensive drive, as they forced the Bearcats into a punting situation.

Following the punt, the Cougars got the ball near midfield. Crisp County needed a big play to stay alive in the contest, and they got just that when Carter connected with Fredrick Royal for a 54-yard touchdown pass on a fourth and long play. The resulting two-point attempt was unsuccessful, but the touchdown got the Cougars within five points of the Bearcat lead with 5:19 to go in the game.

The Crisp defense came up with one more crucial stop on the night on the very next Bainbridge drive, and the resulting punt gave the Cougar offense possession of the ball at the Bearcat 43-yard line.

A sack by the Bainbridge defense forced the Cougars into a fourth and long situation, but a pass interference penalty committed by the visitors set Crisp up with a first and 10 at the 30-yard line with just over a minute to play.

Two plays later, Carter threw a pass to Katorian Raines for a pickup of 18 yards for another big first down, but Bainbridge came up with a sack on the very next play that resulted in a Cougar fumble, which the Bearcats recovered.

From there the visitors ran out the remaining time to come out with the 14-9 win and extend their current win streak to 12 games.

With the defeat, Crisp fell to 3-3 on the season.

Up next for the Cougars is a trip to Thomasville High School (2-3) on Friday night with kickoff scheduled for 7:30 p.m.