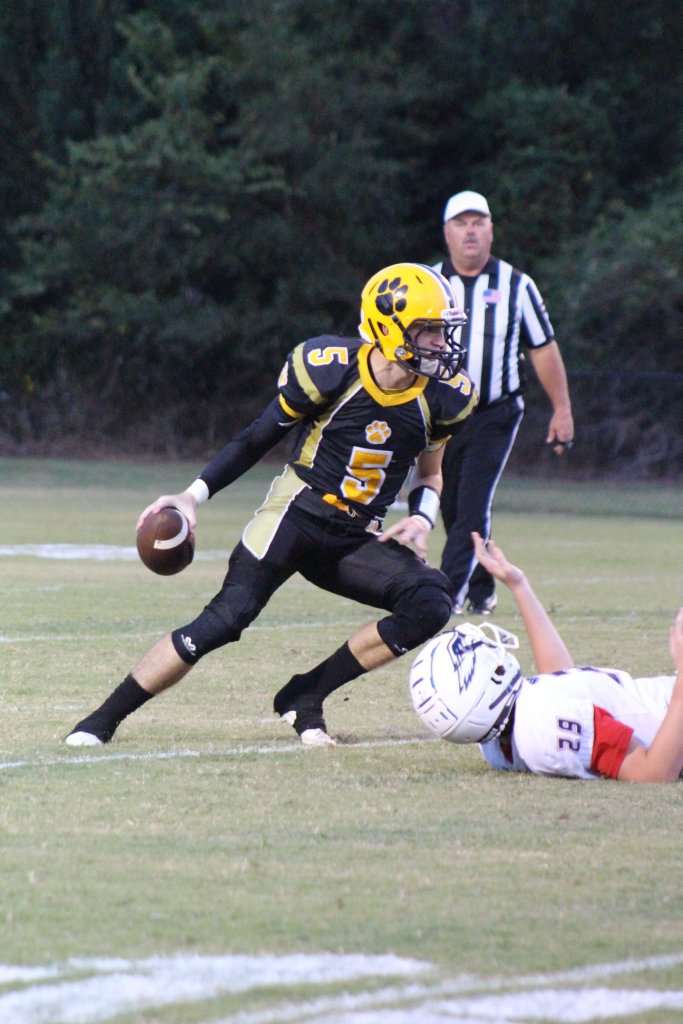 The Crisp Academy Wildcat football team defeated Young Americans Christian (1-5) of Conyers by a final score of 44-13 for their Homecoming game on Friday night in Cordele to bring their overall record to 3-2 so far on the season.

The Wildcats jumped out to a 14-0 lead in the first quarter, before outscoring the Eagles 22-6 in the second period to take a 36-6 advantage into the halftime break. CA then outscored the visitors 8-7 in the third period to bring the final total for the night to 44-13.

Crisp quarterback Noah Mercer threw a total of five touchdown passes in the contest, including three scoring connections to Baylor Pless, as the two led the high-scoring offensive output for the Wildcats on the night.

Mercer’s final stats for the game included 14 pass completions on 21 attempts for a total of 287 yards, with the five touchdown throws and a pair of two-point conversion passes.

Pless accounted for 26 of the Wildcats’ 44 total points in the contest. He caught five passes for 102 yards with the three touchdown recpetions, while adding a short rushing touchdown and one two-point conversion.

Crisp Academy’s offense posted a total of 387 yards on the night (287 passing, 100 rushing), while the Wildcat defense held YACS to 242 total yards in the contest.

Hardin led the Wildcat defense in tackles on the night with a total of eight, including one for a loss of yards, while Garrett Gravitt totaled six stops and one interception.

Final stats for other CA defensive contributors from the win on Friday night: Willis, Pless, and Eli Griffin- five total tackles each; Atherton- four tackles; Lane Freeman- three tackles and one forced fumble; Jacob Odom- two tackles (both for a loss); Ed Jordan- one sack; Cody Freeman, Jacob Gravitt, and Dylan Gravitt- one tackle each; Napier- one tackle and a fumble recovery.

CA will have this upcoming Friday night off. Up next on the schedule for the Wildcats is a home game against Solid Rock Academy (0-3) of Riverdale on the following Friday night (October 11).