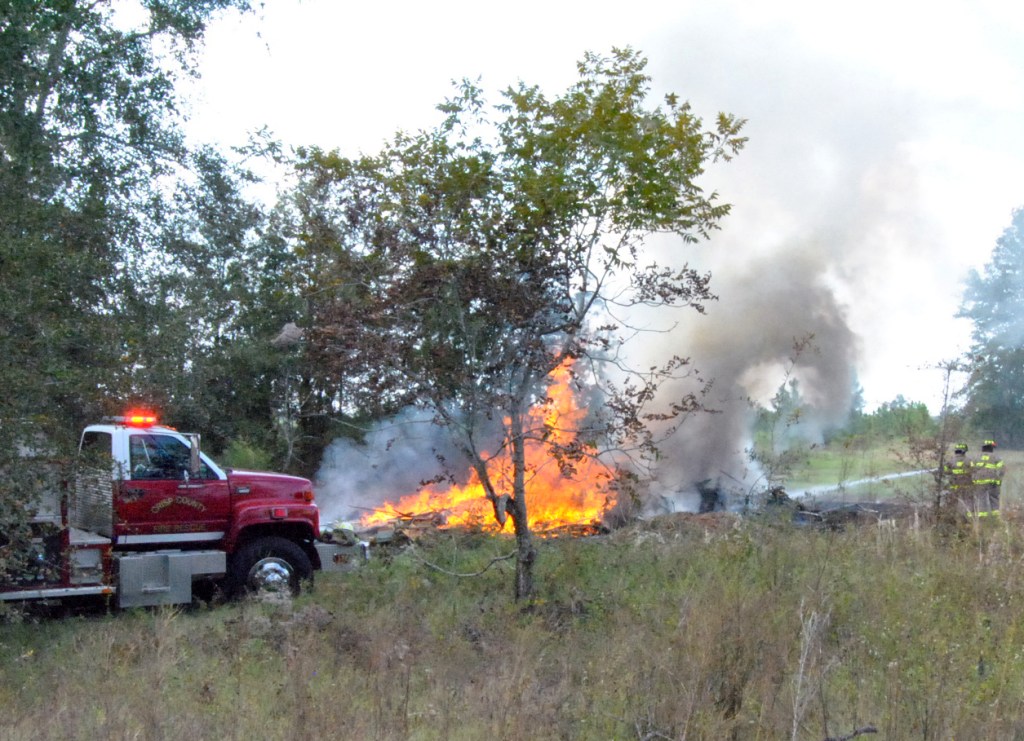 Crisp County Fire Rescue units work to extinguish a structure fire at Eastwood Lake Estates in eastern Crisp County. There are no injuries associated with the blaze.

Firefighters with Crisp County Fire Rescue (CCFR) are currently in control of a fully-involved structure fire at a lot on EastWood Lake Estates in eastern Crisp County. The structure appears to be a disused storage shelter. The fire poses no significant public safety threat at this time, although people should avoid the area as firefighters work to contain and fully extinguish the blaze.

Authorities were dispatched to the fire at approximately 2:30 p.m. Friday. The scene is less than two miles from CCFR’s Station #2, which is located at the northern end of Dorough Road.