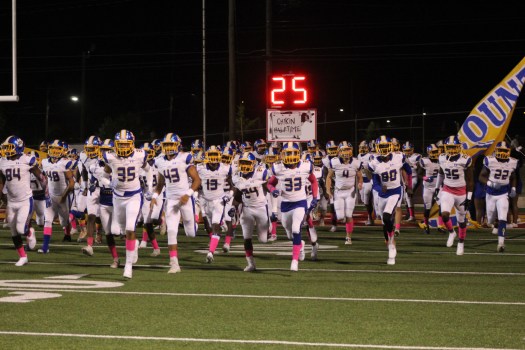 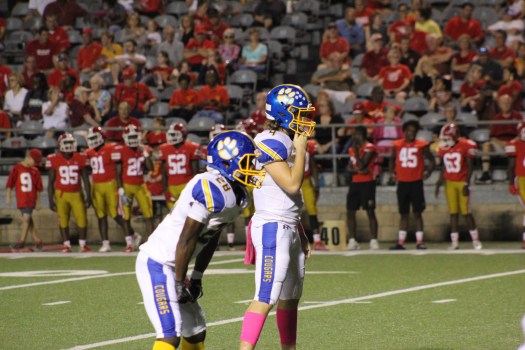 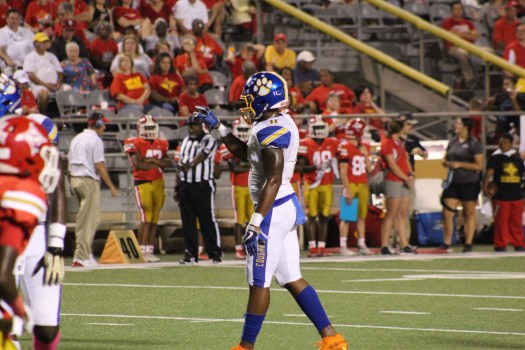 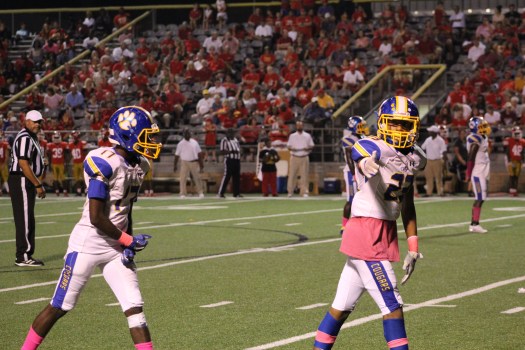 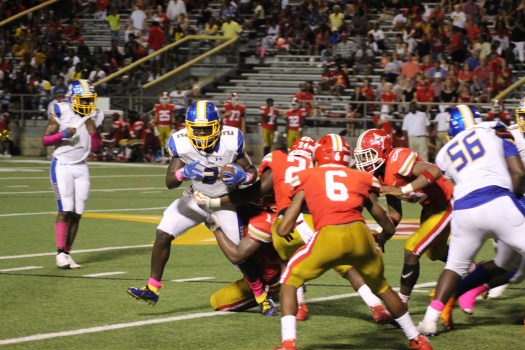 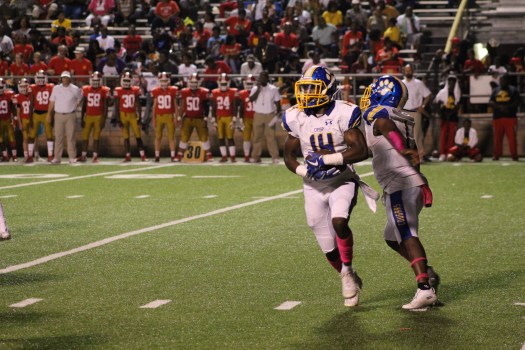 THOMASVILLE— The Crisp County High School Cougar football team finished up the non-region portion of their 2019 schedule with a 32-14 road win over the Thomasville High School Bulldogs on Friday night.

CCHS dominated the first half and took a 22-0 advantage in at the break. Thomasville later managed to bring the score closer with a pair of touchdowns during the second half, but they were unable to get any closer than the 32-14 final score line.

The two teams swapped punts to open the contest. Following Crisp’s punt, Thomasville started their next possession at their own 22-yard line, but the Cougar defense forced a turnover to set up the first points of the night.

Fredrick Royal came up with the interception to stop the Bulldog drive, and Chris Paul punched in a 14-yard rushing touchdown on the very next play for the first Cougar points of the night. Connor Richmond’s subsequent point after put Crisp ahead 7-0 at the 5:39 mark of the first period.

The teams traded defensive stops over the next few possessions. Crisp later scored their second touchdown of the night on the first play of the second quarter when Marquise Palmer broke loose for a 32-yard scoring run. Cougar quarterback AJ Lofton threw a two-point conversion pass to Ethan Pollock for the extra points to extend the CCHS lead to 15-0 with just under 12 minutes to play in the first half.

After forcing a Thomasville punt, the Cougars added to their advantage with another scoring drive. Palmer, Eddie Reese, Semaj Chatfield, Paul, and Lofton all made contributions on the possession, and Sirad Bryant later caught a 27-yard touchdown pass from Lofton to cap off the drive. Richmond’s extra point put Crisp ahead 22-0 at the 7:09 mark of the second quarter.

The ensuing possession for the Bulldogs started out promising as they drove down inside the Cougar 40-yard line, but Crisp County’s Jayren Fox recovered a fumble after a backwards pass attempt to end the Thomasville drive.

The Bulldogs later regained possession of the football deep in Cougar territory and drove down to six-yard line before fumbling possession away a second time.

Crisp attempted to add to the lead late in the first half, but Thomasville came up with a blocked field goal to hold the Cougars to a 22-0 advantage heading into halftime.

The Cougars started the second half with possession of the ball and drove out near midfield but Thomasville forced a fumble to end the drive.

Six plays later the Bulldogs scored their first points of the night on a pass from Ronnie Baker to Ricardo Johnson. The touchdown and point after cut Crisp’s lead to 22-7 with 7:48 to go in the third quarter.

A few possessions later, Lofton broke loose on a run up the middle for a 26-yard touchdown to restore the Cougar lead to 22 points at 29-7 with just over a minute to play in the third period.

Richmond later scored Crisp County’s only points of the fourth quarter with a 30-yard field goal. The kick put Crisp in front by a score of 32-7 with just under six minutes to play in the contest.

Thomasville scored the final points of the night on a touchdown pass from Baker to Kevin Cochran with 2:32 to go in the game.

From there both teams exchanged possessions once more as the remaining time ticked away, leaving Crisp with the 32-14 road win.

The win gave Crisp a record of 4-3 to close out this season’s tough non-region schedule.

The Cougars will now enter a much needed bye week, giving them time to prepare for the three region contests to come.

Crisp’s next game on the schedule will be a road region contest at Monroe High (3-4) at Hugh Mills Stadium in Albany on Friday, October 18.