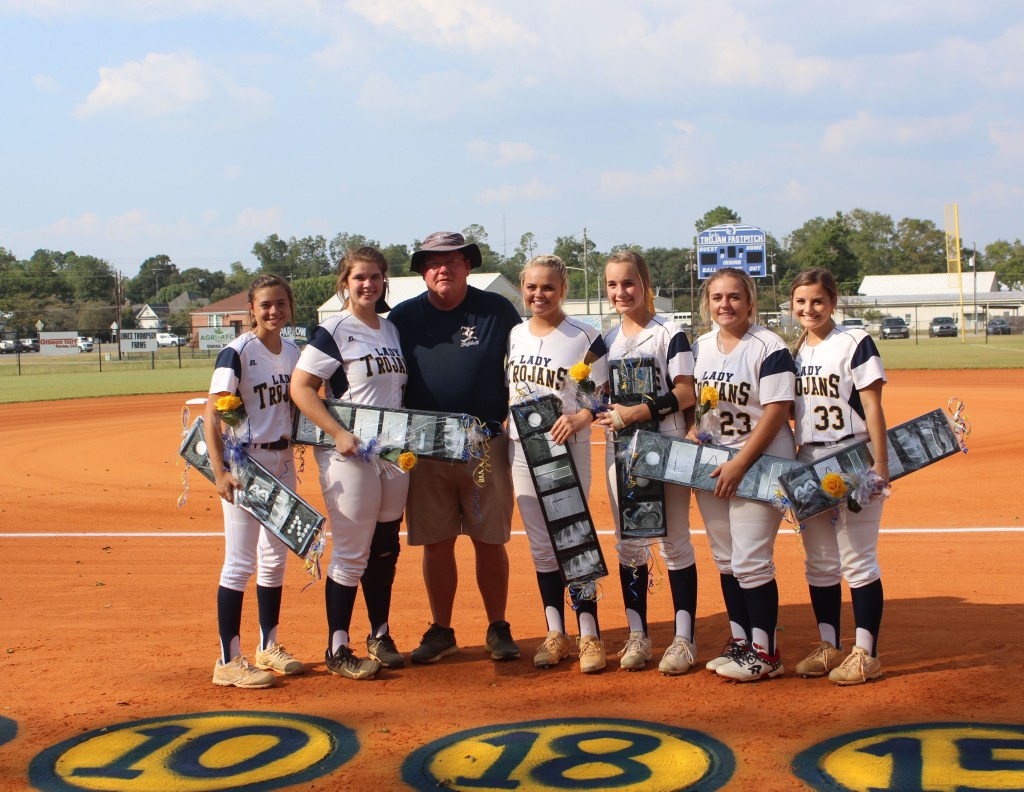 PINEHURST— The Fullington Academy Lady Trojan softball team closed out the regular season portion of their schedule with a home defeat against Southwest Georgia Academy (14-6) by a score of 3-1 on Thursday afternoon.

In game action shortly after, the SGA Lady Warriors jumped out to a 3-0 lead during the top half of the first inning.

The remainder of the contest featured dominant pitching from Fullington’s Ella McGalliard and SGA’s Savana Bradford.

The Lady Trojans scored their run in the game during the bottom of the sixth frame. Jones and Roberts started the inning with consecutive infield hits, and Jones later scored on an SGA wild pitch to make the score 3-1, which is where the final count stood at the conclusion of the contest.

The defeat in the regular season finale brought Fullington’s overall record to 16-5 on the season.

The Lady Trojans will enter the GAPPS fall softball state tournament in the semifinal round next week after locking up the number one spot in their region last month.

Update: Fullington will be hosting Covenant Academy in the semifinals of the playoffs, with a doubleheader on Tuesday afternoon starting at 3:30 p.m.