Wilcox bounces back from first defeat with win over Telfair County 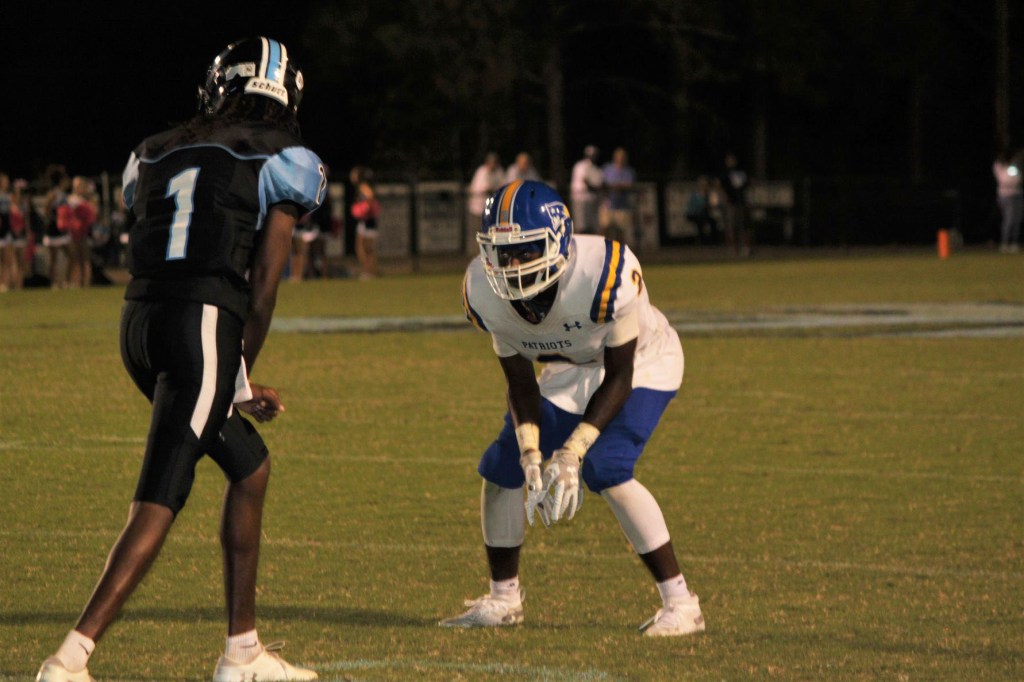 After having their four-game winning streak to start the season snapped last week on the road at Clinch County, the Wilcox County High School football team bounced back with a road win over region 2-A opponent Telfair County (2-4) by a score of 34-21 on Friday night.

The Patriots opened the scoring during the first quarter of Friday night’s game when quarterback Noah Hollingsworth connected with Elijah Howard for a 29-yard touchdown pass. Manny Carrillo’s ensuing point after put Wilcox in front 7-0 with 2:19 to go in the first period.

The Telfair Trojans scored the only other points of the first half with an 86-yard touchdown run near the halfway mark of the second quarter. The teams later entered halftime with the score tied at 7-7.

Wilcox went on to outscore Telfair 13-7 during the third quarter to take a 20-14 lead into the fourth period. The Patriots got a short interception return touchdown by Desmond Tisdol for the first points of the third period. Hollingsworth and Howard then combined for their second scoring connection of the night on a 22-yard pass play for the other Wilcox touchdown of the third period.

Telfair scored their third quarter points on a 25-yard touchdown pass shortly after.

Early in the fourth quarter, Wilcox took a 27-14 lead by way of the Hollingsworth to Howard connection once again, this time on a 14-yard touchdown pass.

Telfair subsequently cut the Patriot lead to 27-21 with a short rushing touchdown with 5:44 to go in the game.

The hosts were able to force a Wilcox punt shortly after to give themselves another chance to take the lead with less than four minutes to play in the game, but the Patriot defense stopped the Trojans on fourth down near midfield on the ensuing drive to finish off any hope of a Telfair comeback attempt.

Wilcox scored the final points of the night with just over a minute to play on a seven-yard touchdown run by Justin Moore, followed by Carrillo’s fourth successful extra point of the contest.

The Patriot offensive unit posted a total of 290 yards on the night, 175 on the ground and 115 passing.

Defensively, Wilcox conceded 279 yards to the Trojans in the contest. Thrower was credited with 15 total tackles (seven solo, eight assists) on the final stat sheet, including four for a loss of yards, to lead the Patriot defense in the game. Tisdol had eight total tackles (two for a loss) to go with his pick six.

With the win, Wilcox brought their season record to 5-1 overall with a 2-1 mark in region 2-A play.

The Patriots will be off this coming Friday night. Next up on their schedule is a home game versus Charlton County (1-5) on Friday, October 18.