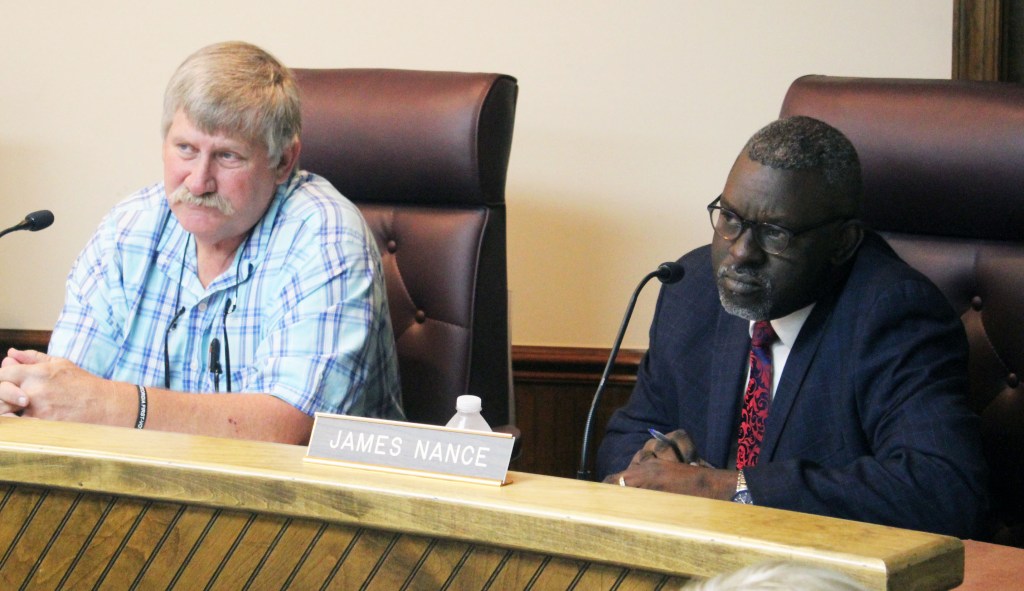 The storm, which made landfall on Florida’s Gulf Coast on Oct. 10 of last year, cost residents hundreds of thousands of dollars more in business losses and property damage, but there were no deaths or even serious injuries. Crisp County was among the northern-most tier of Georgia counties that were listed in the federal disaster declaration.

$392,126 went toward debris removal and disposal in Crisp County, and another $443,596 were categorized under “Emergency Protective Measures/Public Safety and Public Works/Storm Prep, Road Clearing, ETC. OT Labor, Equip hrs, other cost.” The remainder was spent on administrative costs, utilities/fire hydrants, and equipment replacement.

In other county commission business:

• Cordele Superior Court Circuit Chief Judge Bobby Chasteen appeared before the board to request the county to assist in the staffing of a secretary’s position for Juvenile Court Judge Kristen Pack. Chasteen said the position would not be paid for directly by county taxpayers, but that state law requires that the county where the juvenile court judge resides must employ that juvenile court judge’s secretary. “It’s a convoluted process,” said Commissioner Wallace Mathis. “We’ll work to help you [Chasteen] resolve it as quickly as possible,” said Commission Chair Sam Farrow, Jr.

• Crisp County Chief Sheriff’s Deputy Denise Youngblood presented a check for $80,000 for inmate housing for the month of September. She reported that work on the 911 Center, which is being relocated to a facility on Hwy. 90 along with Crisp County EMS, is progressing well.

• Crisp County Fire Rescue Chief Michael Postell reported that his agency responded to 69 calls in September and that county firefighters will be active at local schools in October as part of National Fire Prevention Week. Commisssioners lauded Postell’s team for their assistance at a residential fire in Turner County near Arabi last month, noting that CCFR personnel were first on the scene and instrumental in fighting the blaze, which resulted in the homeowner’s brief hospitalization. “It was just a case of neighbors helping neighbors,” Postell said. “That seven-minute response time was just phenomenal,” Farrow said.