Crisp middle schooler cheered for helping save niece from drowning 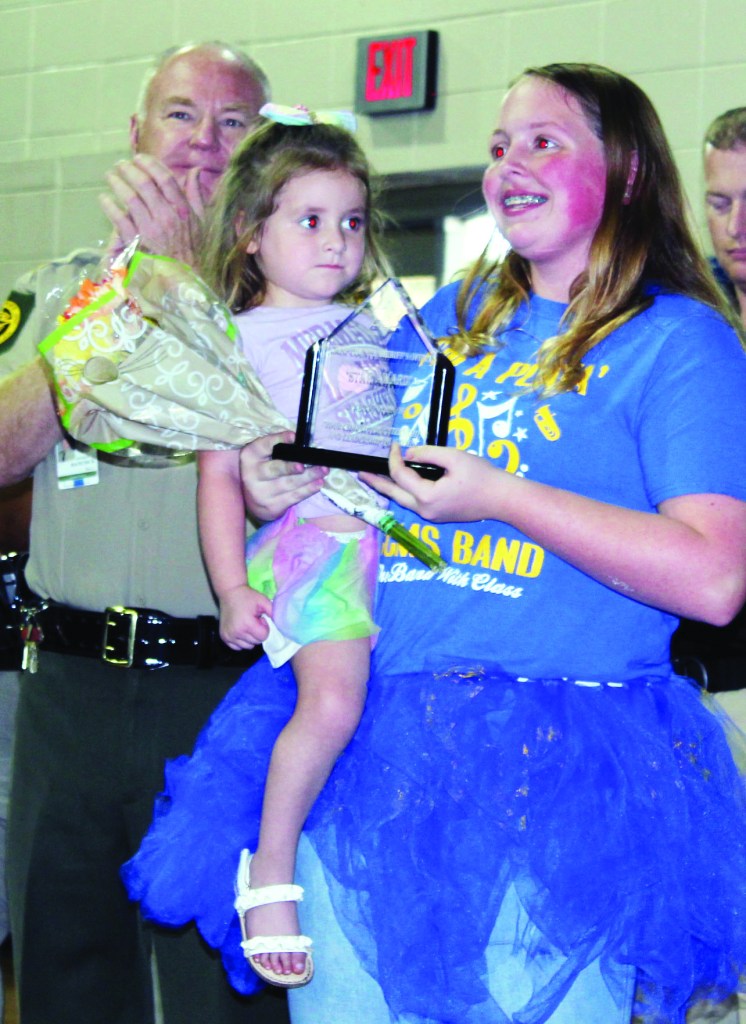 Crisp County eighth grader Skylar Smith grins after accepting the Crisp County Sheriff's Office Star Award in recognition of her actions during a mid-September incident involving her three-year-old niece at a residential pool.

Crisp County eighth grader Skylar Smith was presented with the Crisp County Sheriff’s Office’s Star Award for outstanding character and leadership qualities at the close of Wednesday’s CCMS pep rally. Her classmates cheered wildly as Chief Deputy Denise Youngblood told the assembly how Smith, the daughter of Michelle and Jason Smith, pulled her three-year-old niece from under the water at a residential pool in mid-September. The toddler was unresponsive and the 13-year-old Smith performed chest compressions before EMS first responders arrived at the scene. The toddler opened her eyes and started crying in response shortly after Smith jumped into action.

Crisp County Sheriff Billy Hancock then presented Smith with his office’s Star Award while Smith embraced her niece, who had given the quick-thinking teen a bouquet of flowers at the beginning of the presentation. “Skylar is living proof how important it is to have basic first aid skills and to keep a level head in an emergency,” Youngblood said amidst the thunderous applause.