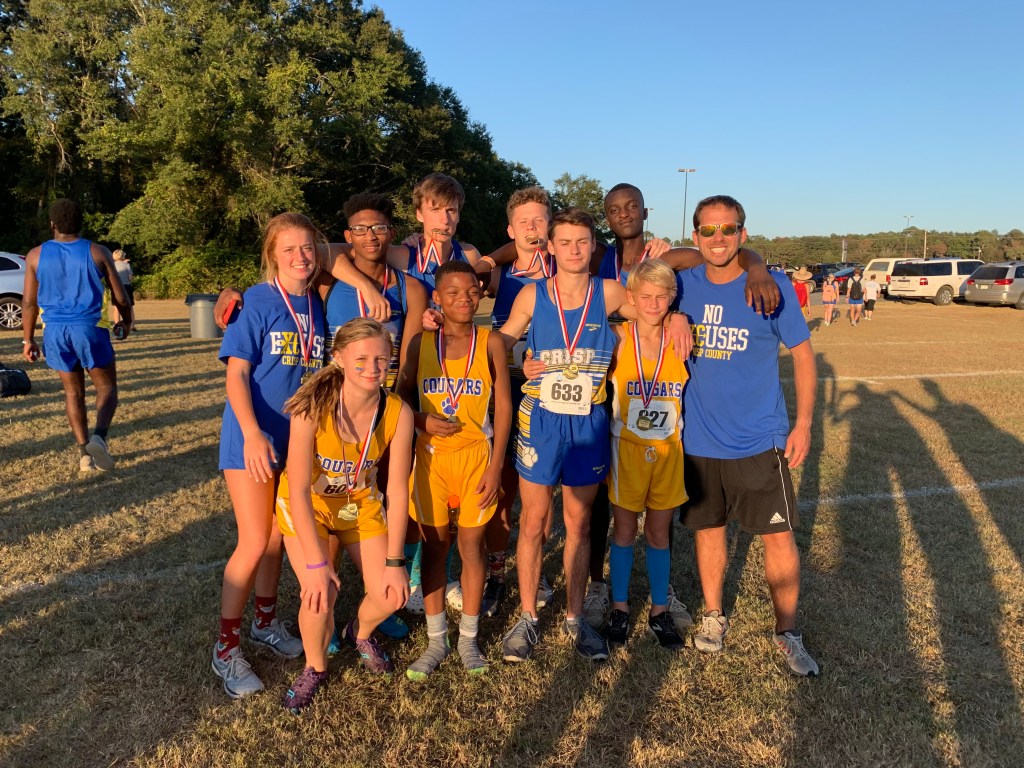 The day started with the Lady Cougars taking first place in the high school girls’ race. Haley Kendrick was the top finisher for Crisp in the race, taking fourth overall with a time of 25 minutes, 32 seconds.

“The cross country teams represented Crisp County very well at this meet,” said Coach Michael McGinnis. “The coaching staff is excited about the work that these athletes have put in, and this meet shows how hard they have worked this season.”

Earlier this month on Thursday, October 3, the Crisp cross country teams competed at a run in Bleckley County.

In the middle school boys’ run from that day, the race started with over 150 runners and Crisp County had the overall winner in Sawyer McGinnis with a time of 12 minutes.

In the high school boys’ run at Bleckley, there were over 250 runners and Crisp County’s Thomas Rischar finished fourth overall with a time of 18:09.