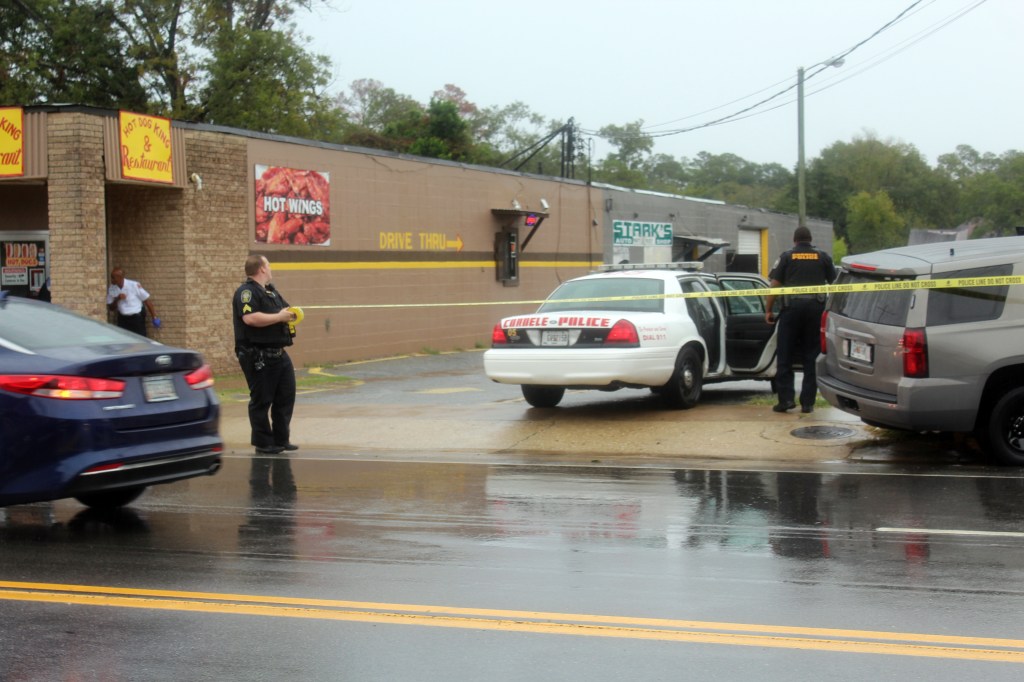 A Cordele Police Department officer tapes off the entrance at the Hot Dog King and Stark's Body Shop, located at 1005 South 7th St., after a Tuesday afternoon shooting there left one local man in critical condition. A spokesperson with the Cordele Police Department identified the shooting victim as 24-year-old Jacquez Alexander, who died at approximately 3 a.m. Wednesday from his wounds.

Authorities are on the scene at the Hot Dog King, located at 1005 South 7th St., after a shooting left one injured with a gunshot wound to the shoulder. A Cordele Police Department cruiser was seen leaving the scene with a person in custody, but authorities are in the very early stages of investigating the incident, and very few details are available.

According to 911 dispatch radio traffic, as many as three people were injured in the shooting, which occurred some time around 4 p.m. Tuesday. It is unclear if the incident happened inside the Hot Dog King. There is an adjacent auto shop at the property; patients were being treated at and transferred from the parking lot.

This is a breaking news story. Check back for updates as more information becomes available.