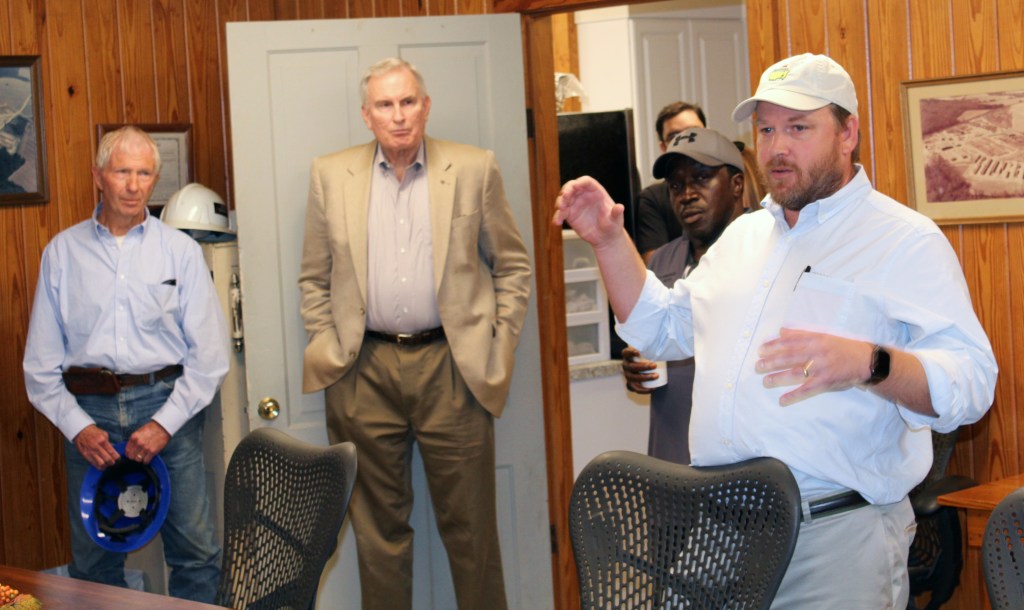 Griffin Lumber Company Plant Manager Will Griffin (far right) addresses members of the Cordele-Crisp Industrial Development Council before leading them on a tour of his facility Wednesday morning.

Members of the Cordele-Crisp County Industrial Development Council’s advisory board met Wednesday at the Griffin Lumber Company sawmill to tour the facility as part of its October meeting.

Will Griffin, the plant manager and grandson of founder Bill Griffin, hosted a contingent of about two dozen community leaders and provided valuable insight into the history of the company and the lumber production business overall.

“We buy logs and saw them into lumber,” Griffin put it simply as he welcomed the board members.

He was being modest. The Griffin sawmill facility on Drayton Road covers some 40 acres and employs roughly 80 people. It handles the equivalent of around 50 truckloads of logs each day, five days a week, Griffin said.

Most of those logs wind up as deck boards, but the mill also produces other dimensions of lumber as well as bark, wood chips, and shavings. Griffin said Great Southern Wood, the maker of YellaWood lumber, is the company’s biggest customer. Griffin Lumber Company also operates five retail facilities of its own throughout Georgia.

At the sawmill plant, efficiency is the name of the game.

“The key is to do it with as little waste as possible,” Griffin said as he led folks through the facility. “We focus on yield as much as production.”

Griffin pointed to massive machines through which each log is conveyed. The machines use lasers to analyze the size of each log and adjust the saw blades to ensure that as many viable planks of lumber as possible are cut from each log.

After logs are measured and cut, the lumber is sorted, stacked, dried, and prepared for shipping. 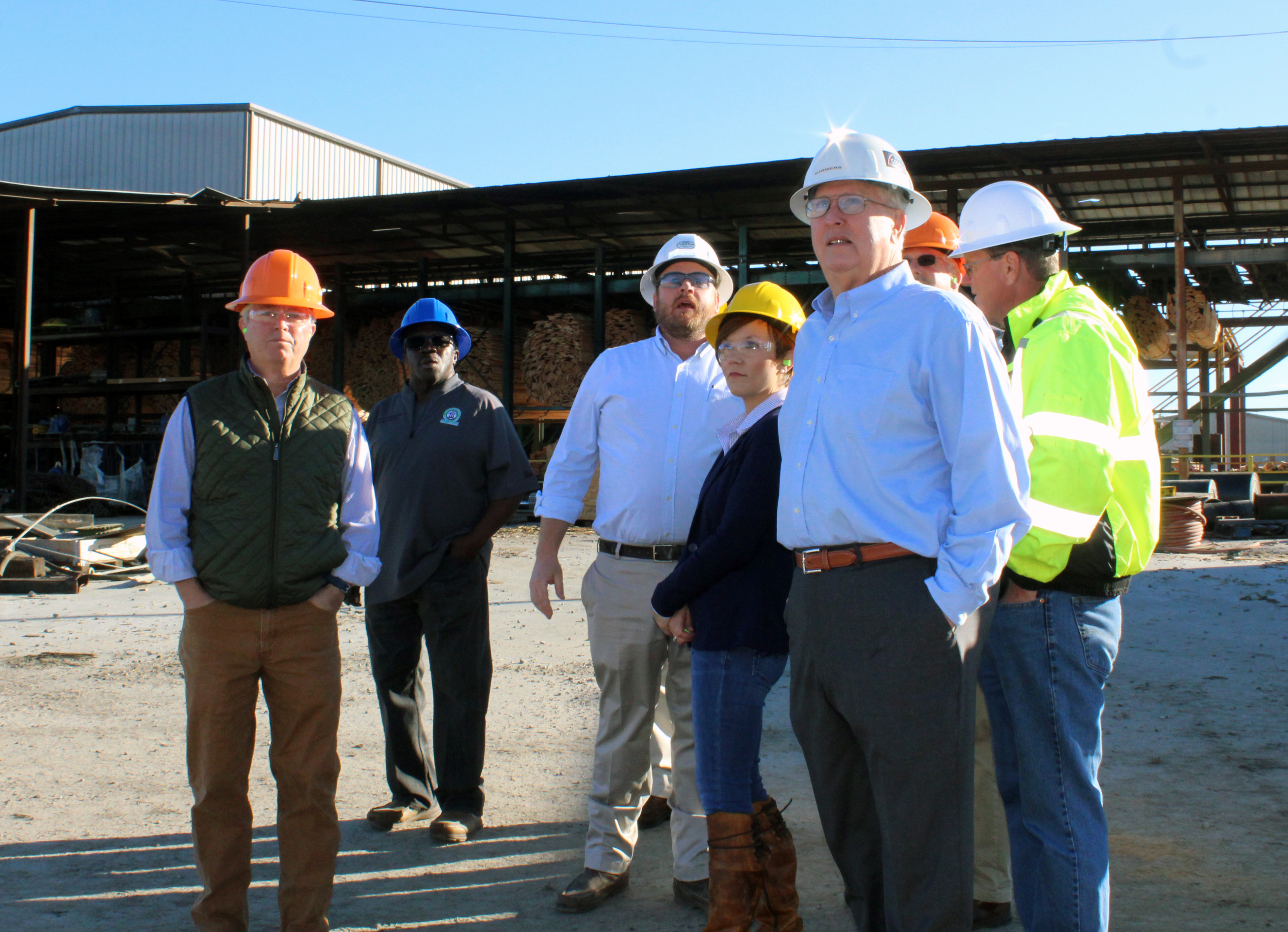 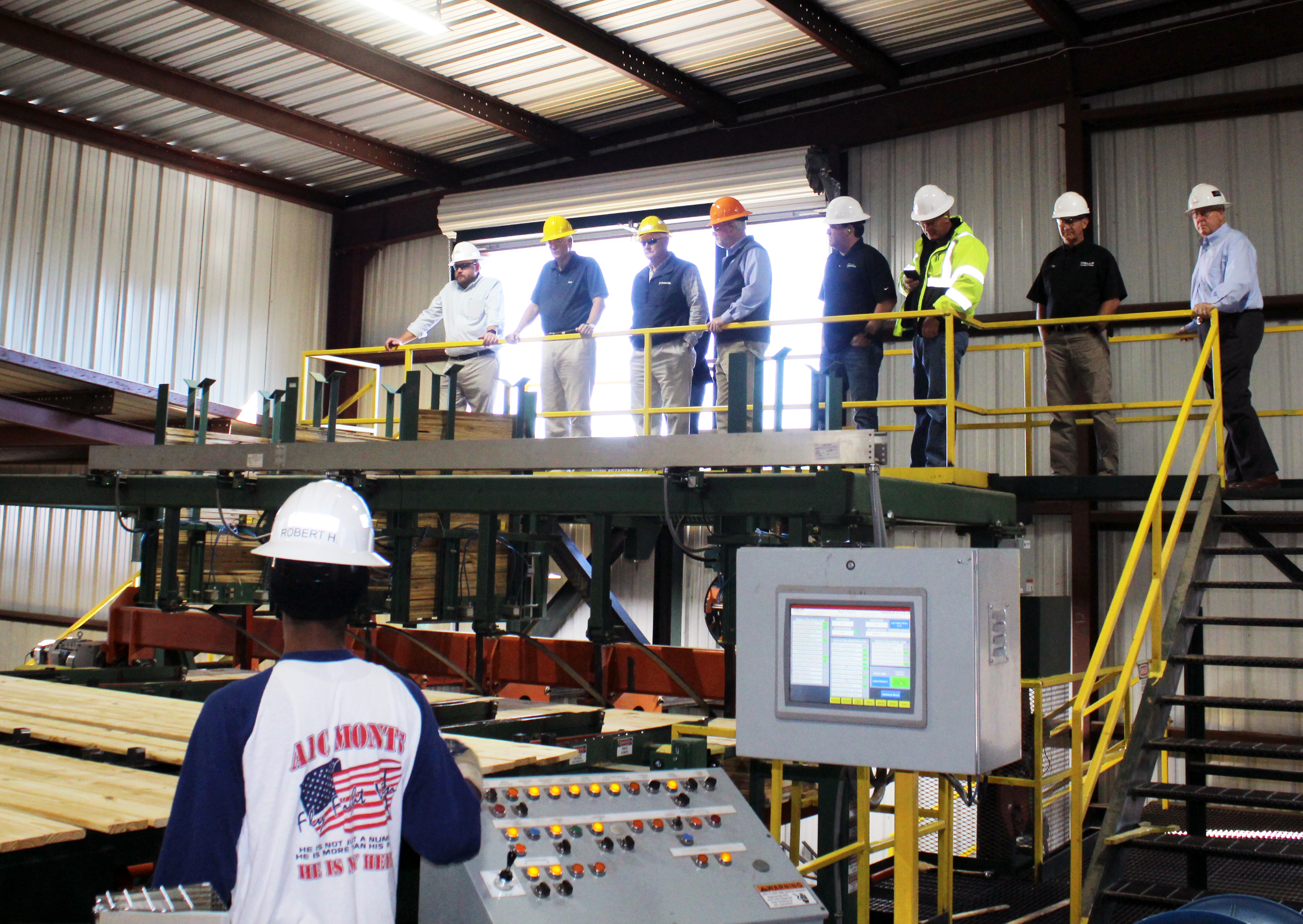 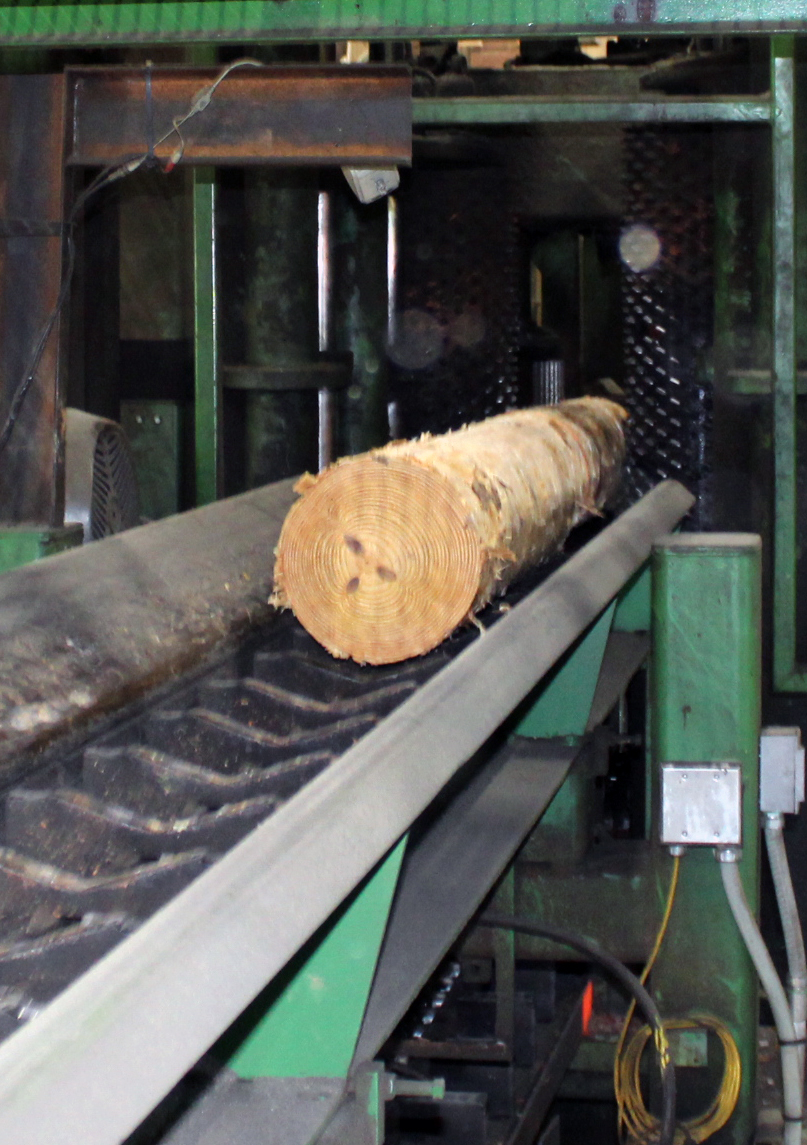 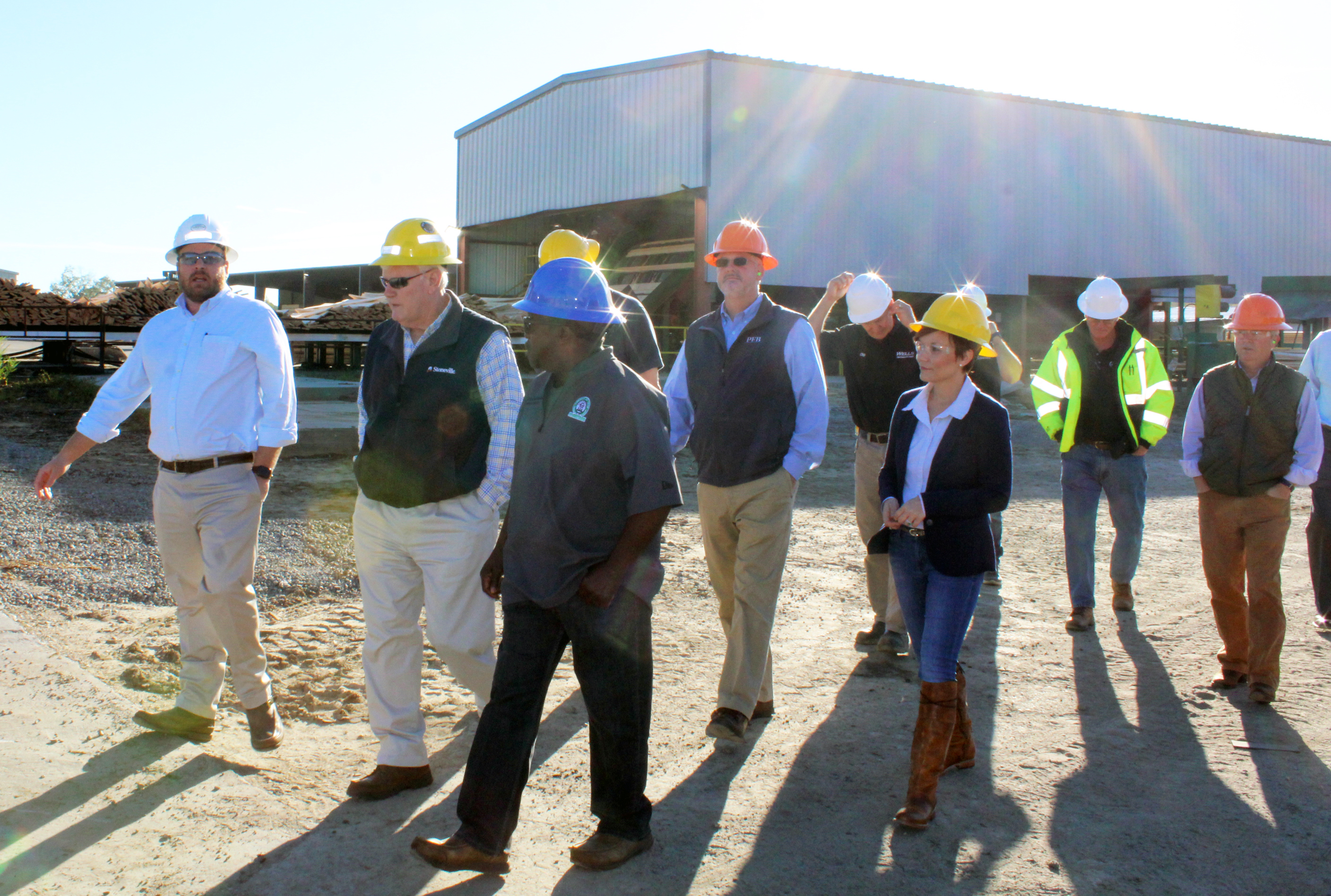 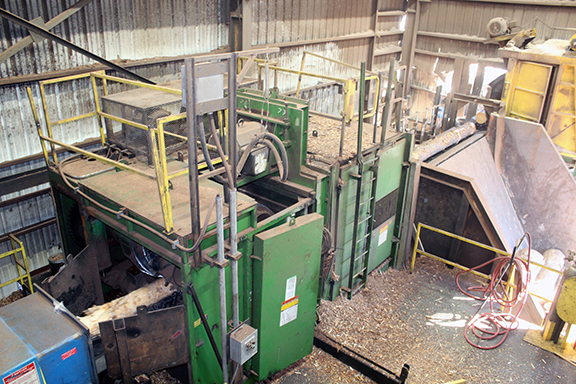 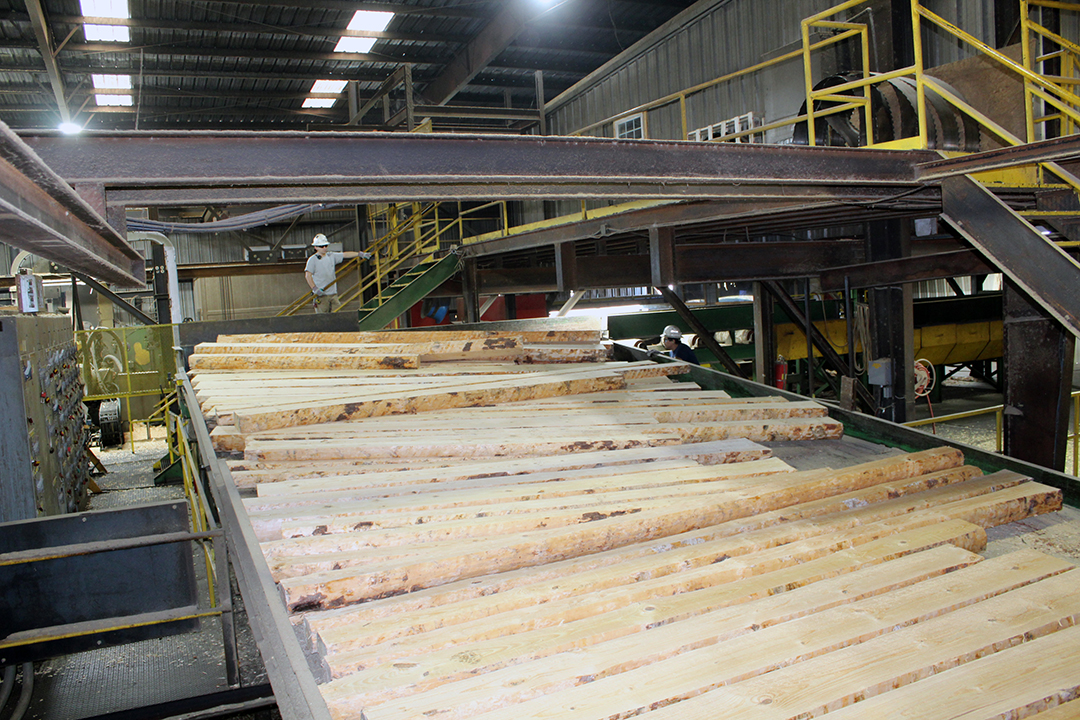 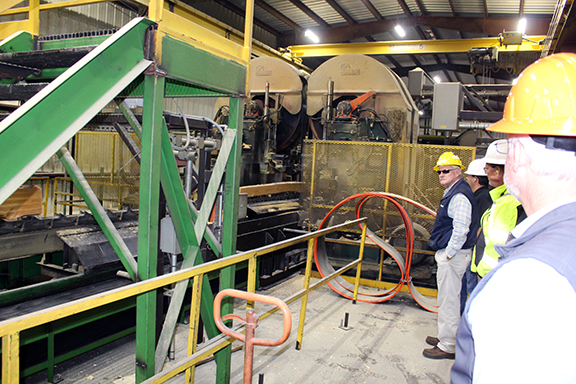 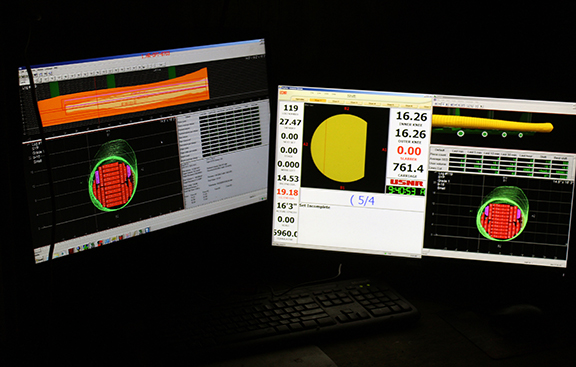 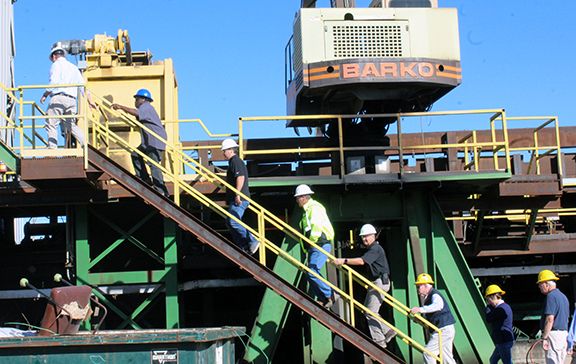