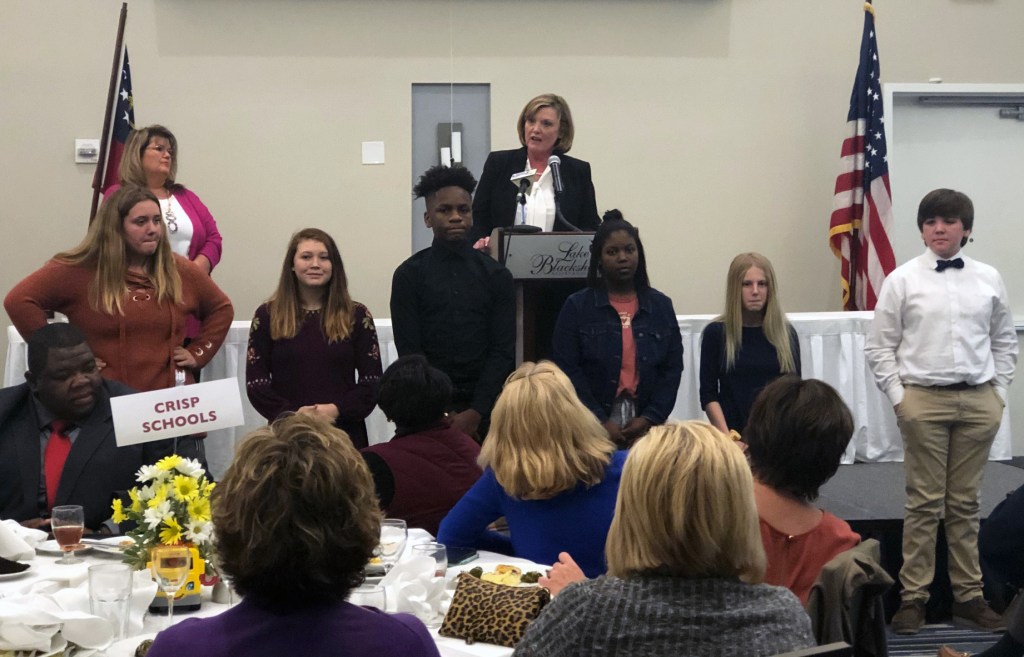 The young, the not-so-young, and many who fall somewhere in-between were praised at last week’s Crisp Cares Awards, organized by the Crisp County Community Council, which functions as part of the Georgia Family Connection Collaborative.

State Senator Greg Kirk, who is battling cancer, and retired State Representative Buddy Harden were among the honorees at the awards ceremony. Kirk and Harden were praised for their tireless efforts on behalf of the underprivileged at the State Capitol.

Local county commissioner Larry Felton was also spotlighted for his many years of volunteer service for youth development programs.

Dr. William Pannell, a local retired surgeon who now chairs the board of directors for Crisp Regional Hospital, was recognized for his lifetime of devotion to the community’s health and wellbeing.

Local businessman Chip Wells, who also chairs Keep Crisp Beautiful’s board of directors, was honored for his many years of service to a variety of civic efforts.

Pastor Terrance Walker was another of the night’s honorees. He was celebrated for his genuine positive attitude and motivation. He produced a play locally that addresses many of the concerns faced daily by at-risk youth.