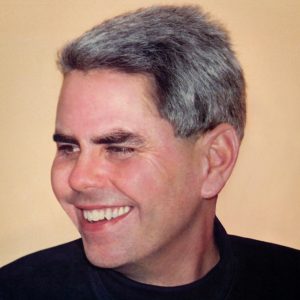 September 10, 1951 -December 6, 2019
Thomas Williams Barge died unexpectedly at his Atlanta home after a brief illness on Friday, December 6, 2019, at age 68. He was the son of the late John Powell and Ada Williams Barge of Cordele, Georgia. A graduate of Crisp County High School in Cordele, he went on to receive both Bachelor’s and Master’s degrees from the University of Georgia. He was an avid, lifelong Bulldog fan. He enjoyed politics and worked in the Peanut Brigade in Jimmy Carter’s bid for the Presidency and was active in George Busbee’s gubernatorial campaign. In his youth, he was an exceptional golfer and some thought golf might be his career path though he never pursued it professionally. He instead had a lifelong career in finance at Georgia Power Company from which he was retired. Tom loved sports with a passion particularly football, baseball and golf. He attended every Masters Tournament with his family since early childhood and remained a devotee over the years. Above all, Tom treasured family and friends. His generosity knew no limit and everyone who knew him was touched by his kind heart, compassion and endless love. He and his life partner, Bill Burger loved to entertain in their beautiful Ansley Park home. They had a wonderful life together always hosting family holidays until Bill’s passing in 2000. Tom never got over the heartbreak of losing Bill. Tom is survived by his sister, Anne Barge Clegg (Terry) of Atlanta, and his brother, John Powell Barge (Susan) of Cordele, his aunt, Jean Williams of Atlanta, and numerous cousins. He was predeceased by his parents, life partner William H. Burger, and nephew John Powell “J.P.” Barge, III. A memorial service will be held on Tuesday, December 17 at 11 a.m. at H. M. Patterson & Son Spring Hill Chapel followed by a reception at his home. Graveside service and interment will be on Wednesday, December 18 at 11 a.m. at Sunnyside Cemetery in Cordele. In lieu of flowers, the family kindly requests gifts be made to Emory Goizueta Alzheimer’s Research, The Brain Health Center, 12 Executive Park Drive, Atlanta, GA 30329 or Emory Children’s Cystic Fibrosis Center of Excellence, contact aliciabrady@choa.org.