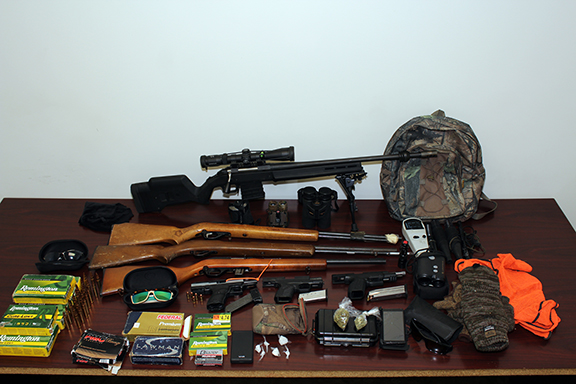 Investigators recovered a plethora of firearms, ammunition, and other items as a result of this case.

On February 19, 2020 at approximately 1:50 a.m. Deputy Herrick attempted to stop a car due to a taillight being out. The driver fled on foot after leaving the car on Antioch Road. After searching the vehicle, Deputies found items that lead them to believe the driver, Dalton Gregory, was involved with an entering auto that occurred over the weekend on Scenic Route. Further investigation concluded Dalton Gregory and David Priest were responsible for the entering auto in Crisp County and four other entering auto cases in Sumter County. After additional information was gathered, Crisp County Sheriff’s Deputies were able to recover several firearms, ammunition, and other stolen items from the Crisp County entering auto and Sumter County entering auto cases. Brent Aultman and Kelsy Denham were arrested as a result.